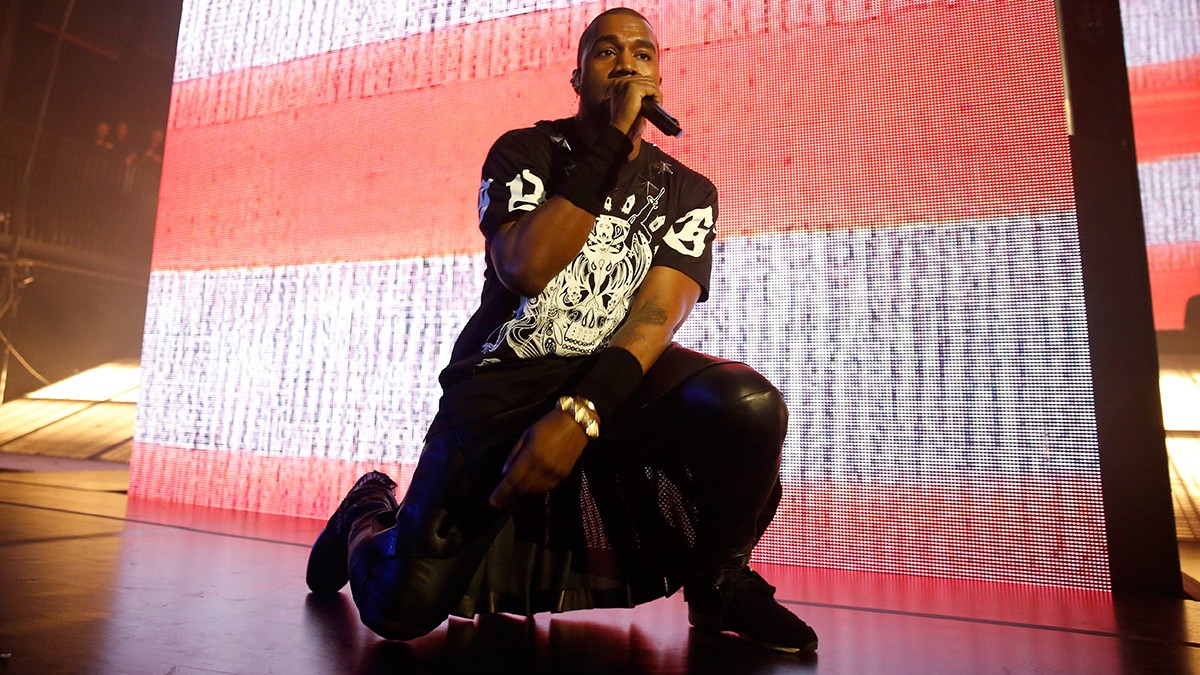 South by Southwest, more than any other festival, is all about hedging your bets, negotiating time conflicts that seem important in the moment, and then deciding which option will bring you the most fulfillment. More often than not, the winner is the rarer occasion of the two. It’s why so many of us are here, after all. To try to string together the best series of days possible before going back to the real world. You’re here for the spectacle, because you live for those moments.

For almost two hours on Wednesday, I sat — fixated — at the world premiere of Leave the World Behind, a concert film about the final tour and end of DJ trio Swedish House Mafia. The film started an hour late, making me seriously regret my decision to choose the film over a Chad Hugo DJ set. So, going into the film, I was salty. But within minutes of it starting, all bitterness was gone. The loud music, the explosions, the fans screaming, the sheer absurdity that is the life of a famous DJ — I knew I’d made the right choice.

It also got me excited to write about the film. I couldn’t wait to sit down and hash out thoughts on the spectacle that was this movie. And in addition to that, it thoroughly put me in the perfect headspace for the next event of my evening.

Jay Z and Kanye: reunited. By Samsung, of course.

Arriving to Austin Music Hall just before 10 p.m., I was met by lines extending multiple city blocks, winding to the river delta and marked by humans frantically texting, calling, and devising schemes to get into a venue. Yes, the worry that I wouldn’t get in was very real, but those fears had to be put on hold to simply take in what was before me. In my three years coming to the festival, I’d never seen anything quite like this.

You live to get into an event like this. Especially when you know there’s virtually no way of being disappointed.

And the two dads did not disappoint. Not even close. Because, for starters, they did 36 songs. 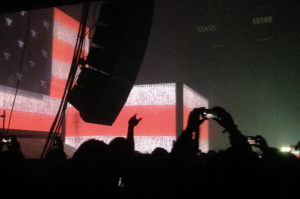 But it wasn’t just the number of songs that made it feel important. It was the way they performed, taking us on a ride through their intersecting careers, weaving through the life cycles of the three-headed monster that is Jay, Kanye, and the Throne. There was a Magna Carta … Holy Grail portion as well as a Yeezus portion. Occasionally they stood on opposite platforms and rapped at each other during Watch the Throne songs. At one point, Jay did a collection of his songs and then went into his verse on his wife’s “Drunk in Love,” and then Kanye came out to do his “Drunk in Love” verse and the baton was passed for a set of Kanye songs. And this was flipped as Kanye passed it off to Jay during “Diamonds From Sierra Leone (Remix).”

The spectacle was in the show’s simplicity. There were zero surprise guests. No new songs. Only three plays of “N—-s in Paris.” No shocking announcements. Just two hours of watching Jay and Kanye be impeccable partners in crime.

Exiting the show, I realized for the second time that evening that I was overrun with a desire to collect my thoughts and write about this. Because, as festivals become increasingly indecipherable from one another, spectacles become more rare. The events may get flashier and more money may get thrown around, but that flashy thing will probably be flashy 40 more times in 40 different locations in 2014, making them seem less and less worthwhile to write about.

So these truly unique moments cause excitement. And I experienced two, back-to-back.

At this point in the night, it made sense to go home. It was 1 a.m. But I was on a bet-hedging hot streak. The film did not disappoint, and picking Jay-Kanye over the Jimi Hendrix film starring Andre 3000 was probably the right call. My final conflict: going to sleep versus the Illmore.

Sleep is amazing. But the Illmore is the best party. But it’s more than a party. It’s folklore. Like Narnia, or Atlantis.

There’s the secrecy of the location. And stories of the young and famous who have not only been spotted, but seen lingering comfortably. And the fact that it apparently extends beyond 5 a.m. every night.

Finally hailing a cab near the Jay-Kanye venue, I still hadn’t decided if it was taking me home or to the Illmore. Thirty minutes later, I was walking by Big Sean and fiancée Naya Rivera on a couch, just hanging out. They weren’t at my hotel. Twenty minutes after that, Big Sean was onstage and Naya was standing by the DJ booth while Travis Scott jumped on top of a speaker.

If there were going to be any spectacle unique to this festival, it was this space. There were rules, but it felt like a different universe. So much was going on, and I wanted to enjoy it, but I also wanted to go home and try to explain this scene, to discuss why a place like this matters.

This put my tally at three stories. I couldn’t have been more pleased with my night and couldn’t wait to go to sleep, so I could wake up and work.

“Rem, are you ok? This hit and run thing is fuckin crazy?”

“I heard about the accident, you good?”

This was my phone Thursday morning. In my perfect night, I’d completely missed that two people were killed and at least 23 others injured by a driver who, in fleeing the cops, recklessly sped through a barricade. This happened outside a popular venue, the Mohawk, very much within Austin’s downtown corridor, the heart of the South by Southwest Festival.

Upon hearing the news, I was heartbroken, while also terrified by the “I was standing right there just yesterday” mind game. And then I reciprocated what was done for me by reaching out to the people I hadn’t heard from. But I was still shaken; there are just too many people in Austin whom I know or have met who easily could be one of the injured. I didn’t know what to do.

And then I remembered how I got home the night before. With a dead phone and no cab in sight, three of us hopped into the backseat of a car — the car of two guys accepting cash for rides home. The driver was relaxed, but the passenger was excitable. He was freestyling over Dipset instrumentals while giving his friend directions. It was fun. Because there was nothing to worry about. Because this was the playground that is South by Southwest. A place that, for a few days every year, becomes a hybrid of a corporate meeting space and Freaknik. It’s a reprieve from the rest of the world, salvation from where bad things happen. A place where you don’t have to keep up with the news. A place where you don’t have to learn about a plane disappearing until days after it’s happened. A place where the only thing that matters is the fun you’re having in Austin.

I got home without a hitch and walked into my room, certain that I had to get the Dipset freestyling kid into one of my three pieces that I was set to write about my perfect night. Or maybe it would just have to be a fourth piece. I would decide in the morning.

But then I woke up. And learned of the news. And walked around an eerily quiet downtown, with the previous night’s tragedy still in the air. It felt like that moment when the lights come up after last call. I didn’t feel great. I was even kind of embarrassed. And beginning to question my priorities. More than anything, I just wanted to leave.

And I certainly didn’t want to write about my evening of perfectly hedged bets. Because last night was a nightmare. A real-world nightmare.