Freak Show & Tell: Teenager Who Dresses Like a Teenager Shunned by Teenagers 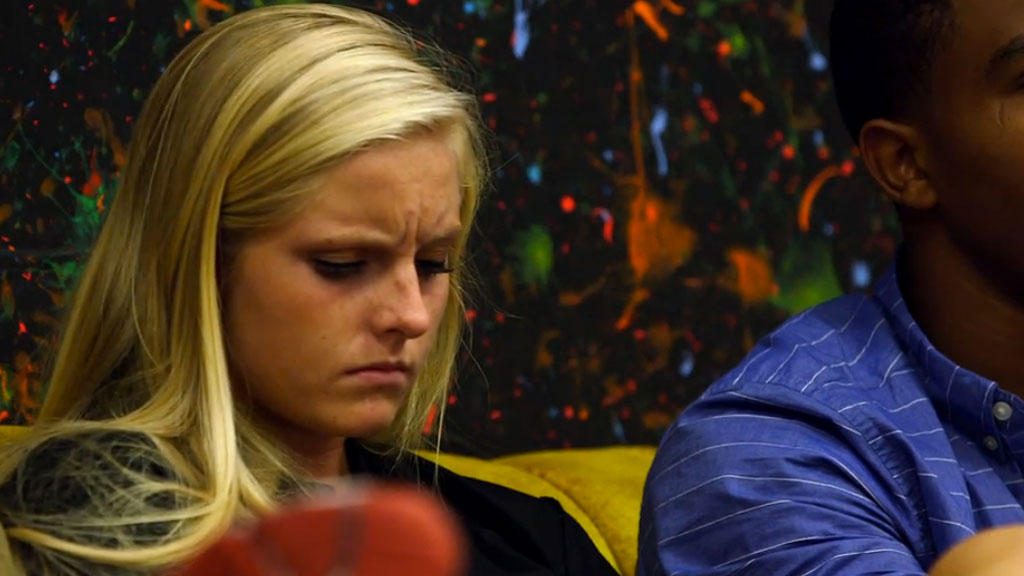 Every week, television documentaries present us with so many unusual people, with so many strange and/or disturbing problems, that you might find it hard to keep up with all of them. That’s where I come in! Here’s an unflinching look back at TV’s Week in Freak Shows.

Who Is This Now? Megan.

Why Are We Watching Her? She’s trying to fit in with her church’s youth group.

How Did She Get Here? Megan’s father has just changed careers to become the associate pastor at the family’s church, so it’s more important than ever for Megan’s behavior in the church community to reflect well on her dad.

What’s the Grossest Thing We See? For a group of kids who are supposed to be modeling Christlike conduct, these youth group members seem like a bunch of oppressive prigs. When Megan comes to a youth group meeting straight from a volleyball practice at school, without having had time to change, one of the other members texts Megan to inform her that her outfit is inappropriate. (This is bad enough, but when Megan comes home and tells the story to her parents, her mom backs her up, but her dad takes this other girl’s side.) Later, Megan goes on a lazy river outing with the youth group, and gets flak for daring to approach the water with her swimsuit top exposed.

What Have We Learned? Megan can’t win with this youth group business, and maybe shouldn’t bother trying.

Why Are We Watching Him? He’s getting an expert to cover a bad tattoo on his back.

How Did He Get Here? Mark was incarcerated when he got his tattoo, which was applied by a fellow inmate. Because it was on his back, Mark didn’t see it for eight years until his release.

What’s the Grossest Thing We See? The inspiration for Mark’s tattoo was a photo from a pornographic magazine that was at hand … so it’s a rendition of a fully nude woman leaning back with her legs spread so wide that, in order for Mark to show it to the tattoo artist he’s hoping will cover it up, Mark’s wife has had to cover the tattoo’s naughty bits or it won’t be possible to show it on TV. AND, the lady in the tattoo doesn’t have hands or feet because the prison tattoo artist wasn’t good at drawing those.

What Have We Learned? Try not to go to prison, but if you do, don’t get a tattoo there.

Who Is This Now? Mai-Lee.

Why Are We Watching Her? She’s participating in an in-patient couples’ therapy boot camp with her husband, Tomas.

How Did She Get Here? Most of the couple’s problems seem to stem from her psychotic jealousy.

What’s the Grossest Thing We See? This week’s allegedly therapeutic/actually not-at-all-helpful exercise finds the boot camp directors switching up the couples, creating new pairs. Ostensibly, the point is to make everyone appreciate attributes in their real partners that are missing from the fake ones who are acting as their temporary spouses. However, in order to trigger Mai-Lee, the directors pair Tomas with Sofia, probably the most conventionally attractive woman among the therapy patients. Out on a camping trip, Mai-Lee stumbles upon Tomas daring to show Sofia how to skip stones — seriously, Sofia and Tomas’s interaction could not be more wholesome — and has such an extreme reaction that you can’t help wondering what would happen if she saw them actually sleeping together.

What Have We Learned? Tomas is no prize pig himself, but still, he made a big mistake marrying Mai-Lee.

Small(er) Movie Roundup: Because There Is Life Beyond Marvel and ‘Mad Men’ and Westeros