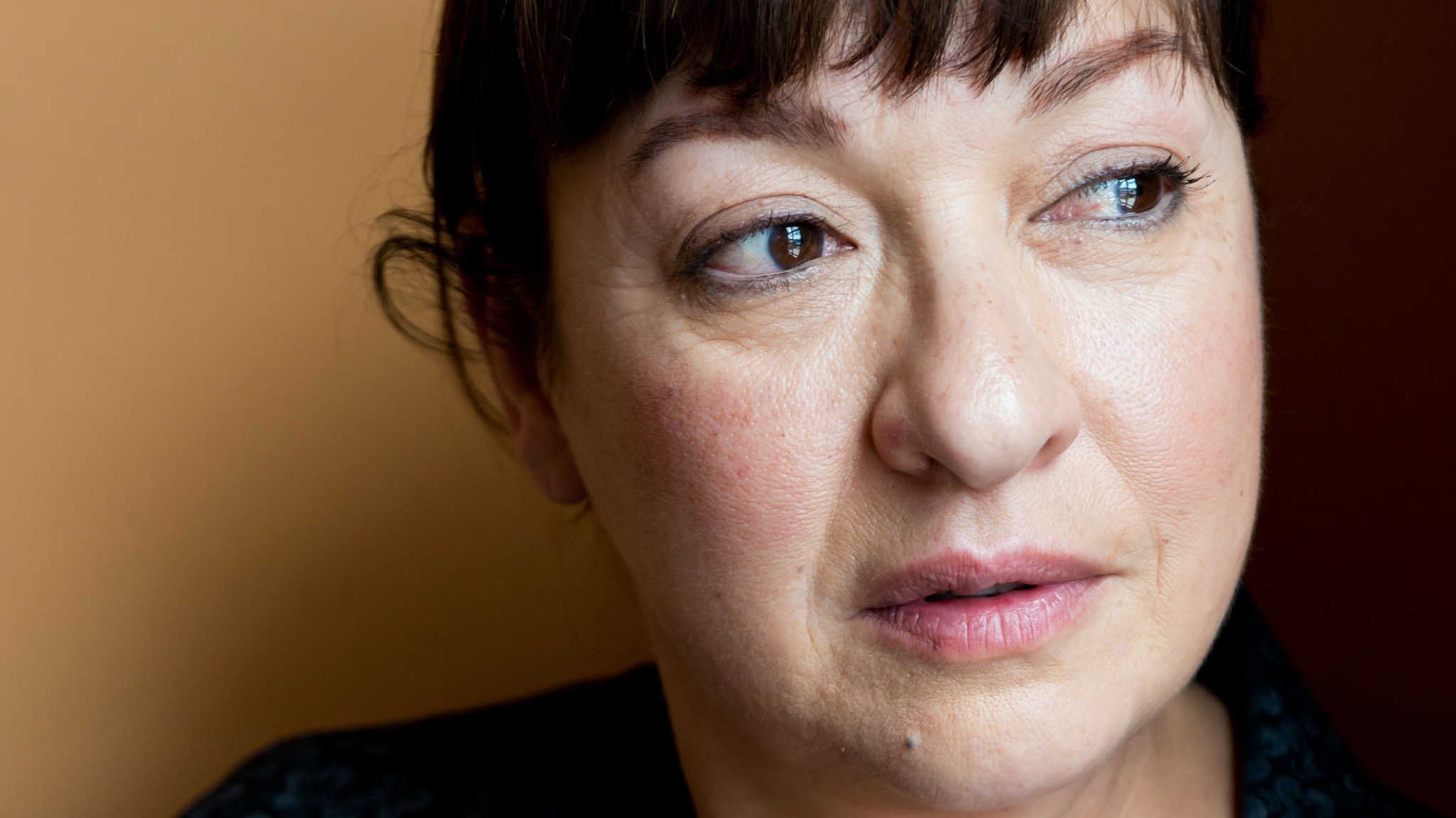 On most levels, Elizabeth Peña’s role as Carmen in Down and Out in Beverly Hills fulfills a certain Latina stereotype. She’s a beddable maid who has sex with her married boss. The movie, though, was written and directed by Paul Mazursky, and being a Mazursky movie, Beverly Hills, one of 1986’s biggest hits, is also a farce — this time about class, guilt, and class guilt. Carmen is as much an instrument of realizing Mazursky’s sobered, post-’60s liberalism as the self-made Jews, the Whitemans, whom she works for are. What you notice is how Peña plays Carmen: not as loud or bossy or va-va-boom, but as simultaneously spaced-out and present, blank and expressive. She’s attentive. Mazursky made Carmen the family’s fifth member (or sixth: there’s also a spiteful border collie named Matisse), and Peña took membership sideways: some rolls, some lust, some vast interior curiosity. Whether she was playing an original part or a tired, thankless one, her talent never seemed to make a distinction. She gave every woman she played an electric current.

Peña died on October 14. The cause was cirrhosis, brought on by alcoholism. She was 55 and a veteran of dozens of movies and television shows. There were a lot of stock parts — waitresses and maids and nurses, Rosas and Rosies, women from all over the Americas. But off-kilter sexiness was her stock. Her largest roles, and some of her best acting, were better for that. She was a little too unusual for the typical girlfriend roles. Her nose flared up at the nostrils, and she had a funny mouth; it didn’t close all the way. In films like Beverly Hills, La Bamba, and Jacob’s Ladder, she needed to be desirable, but she worked with humor and soul and life — because those are sexy, too. One of her last roles was as Sofia Vergara’s Colombian mother on Modern Family. What she did is unrelated to Vergara’s triple-exclamation-point comedy. Casting her was a nice silent tribute, but Peña was worthy of something longer, louder, flashier.

I have a few friends who didn’t remember Peña by name. Then I’d list some of the roles she played and a lightbulb would go off. For more than a decade, she, Maria Conchita Alonso, and Sonia Braga kept making something out of nothing. Peña’s something was to change the gravitational properties of her part until she seemed slightly airborne. The first time I saw her after Beverly Hills was on a 1987 ABC sitcom called I Married Dora. Of course, it was an immigrant comedy, in which Dora marries a white American dad (Daniel Hugh Kelly from Hardcastle and McCormick) to save her from deportation back to El Salvador. She takes care of the kids (one of whom is played by Juliette Lewis) and keeps the house. The marriage is fake, but Peña managed to change the properties of the show; she makes the prospect of love — Kelly’s, and my own for her — real.

Adrian Lyne used her as Tim Robbins’s girlfriend in the horror thriller Jacob’s Ladder. It was a fantasy part, which made sense given the movie’s twist. Lyne has always had a shaky grasp on what to do with women; he tends to sexualize them until their humanity falls off. Here, he puts Peña and Robbins at a party in which she dances to Labelle’s “Lady Marmalade.” A strobe light comes on, distorting the sequence, and a giant reptile tail appears between her legs. Voulez-vous coucher avec moi? For Lyne, there was no way the answer was ever “no.”

Thank god, then, for John Sayles. In the mid-1990s, he was at the height of his brilliance as a writer and director, and in 1996 he cast Peña in his intergenerational murder mystery Lone Star. It was an old-girlfriend part, but Sayles gave it some historical dimension and tragedy. At the film’s center is the love between a sheriff (Chris Cooper) and a schoolteacher, Pilar, whom he dated when they were adolescents. Peña plays the part at first with nervous caution, then with romantic abandon. It was the best part she’d ever get, one of the few that would let her explore the range of her talent — that would let her be a woman who happened to sensual.

In Beverly Hills, as Carmen waits for Mr. Whiteman (Richard Dreyfuss), daydreaming while smoking out of one of the windows in her bedroom, she’s caught in a close-up. Mazursky wrote a fresh character; Peña gave her an inner life. If only the movies, apart from those made by Mazursky and Sayles, had managed to give her more to do with that. Peña was the sort of performer whom you wanted to follow even when the films had other plans. They always had other plans, of course. Such was life for an actress of color in and around Hollywood. With Peña, the social and business limitations never kept you from wondering. The Whitemans have a lot of money. From film to film and movie and movie, I would have spent a lot of it to know more of Peña’s characters’ thoughts.

Filed Under: Movies, Elizabeth Pena, Obituary, Down and Out in Beverly Hills, Lone Star, In Memoriam

A Movie-by-Movie Guide to Marvel’s Phase 3, From Civil War to Infinity Wars