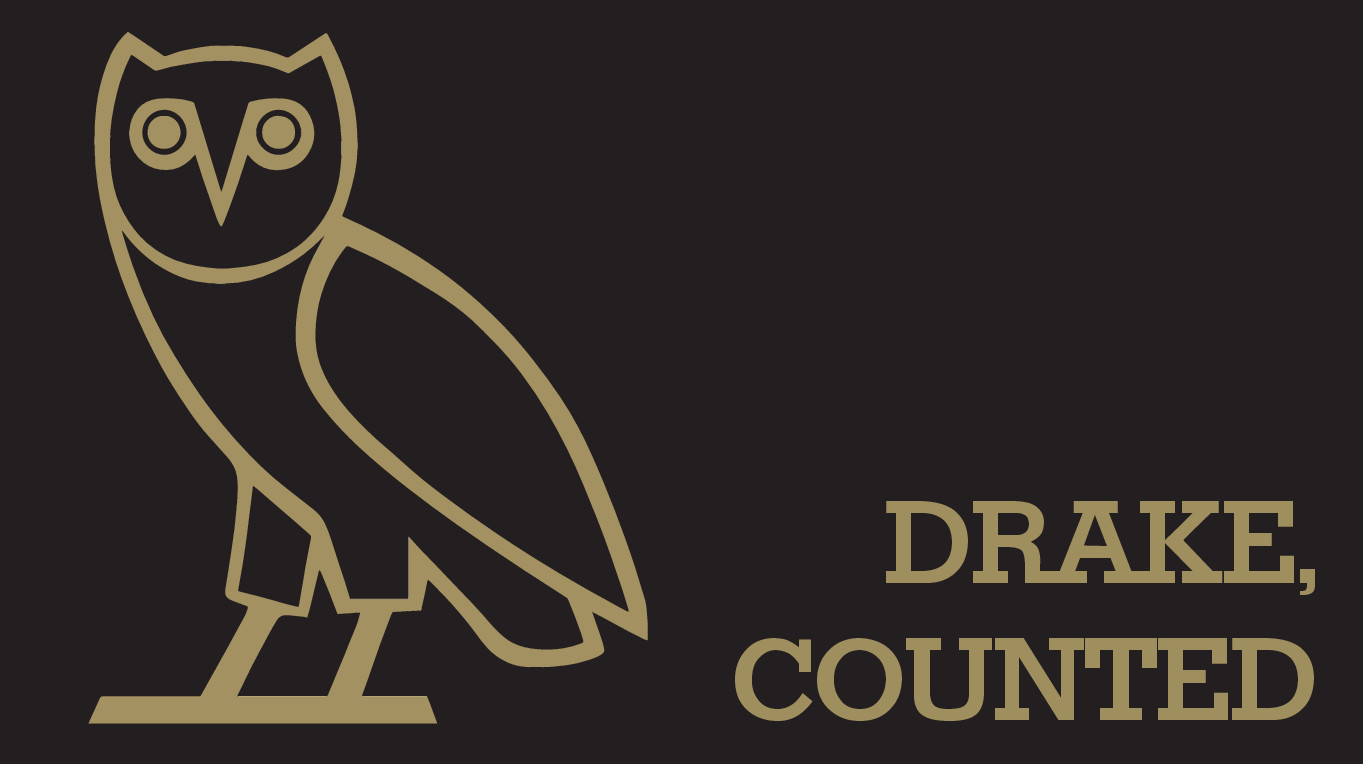 Sometimes the universe can be terrible and take a great big dump right in your lap, like if you’re playing basketball and you sprain your ankle very bad or if J. Cole releases a new song on your birthday or on a holiday or on any day, really. But sometimes the universe can be so perfect and so clearly tied together and finely tuned that your whole everything is amazing and wonderful. This — this thing that I’m eventually going to get to — is an example of the latter.

Last week, Drake, a 27-year-old babe, became the most successful artist in the history of Billboard’s R&B/Hip-Hop chart when his and Lil Wayne’s “Believe Me” tink-tink-tinked its way all the way up to the no. 1 spot. It’s the 14th time it’s happened for Drake, putting him one above Usher and four above Wayne. This is a feat made even more remarkable when you consider that it took Drake only five years to get there. That’s great. And cool. And neat. It’s not the perfect-universe thing, but it helps us get there.

What follows below is an infographic called “Drake, Counted,” which you would maybe be able to figure out given that it has “Drake, Counted” written across the top. The chart consists of 18 Drake things that have been counted, including but not limited to the length of his cameo in Anchorman 2, the number of years between Jesus Christ’s birth and Drake’s bar mitzvah, and the number of professional athletes who have been named Aubrey. 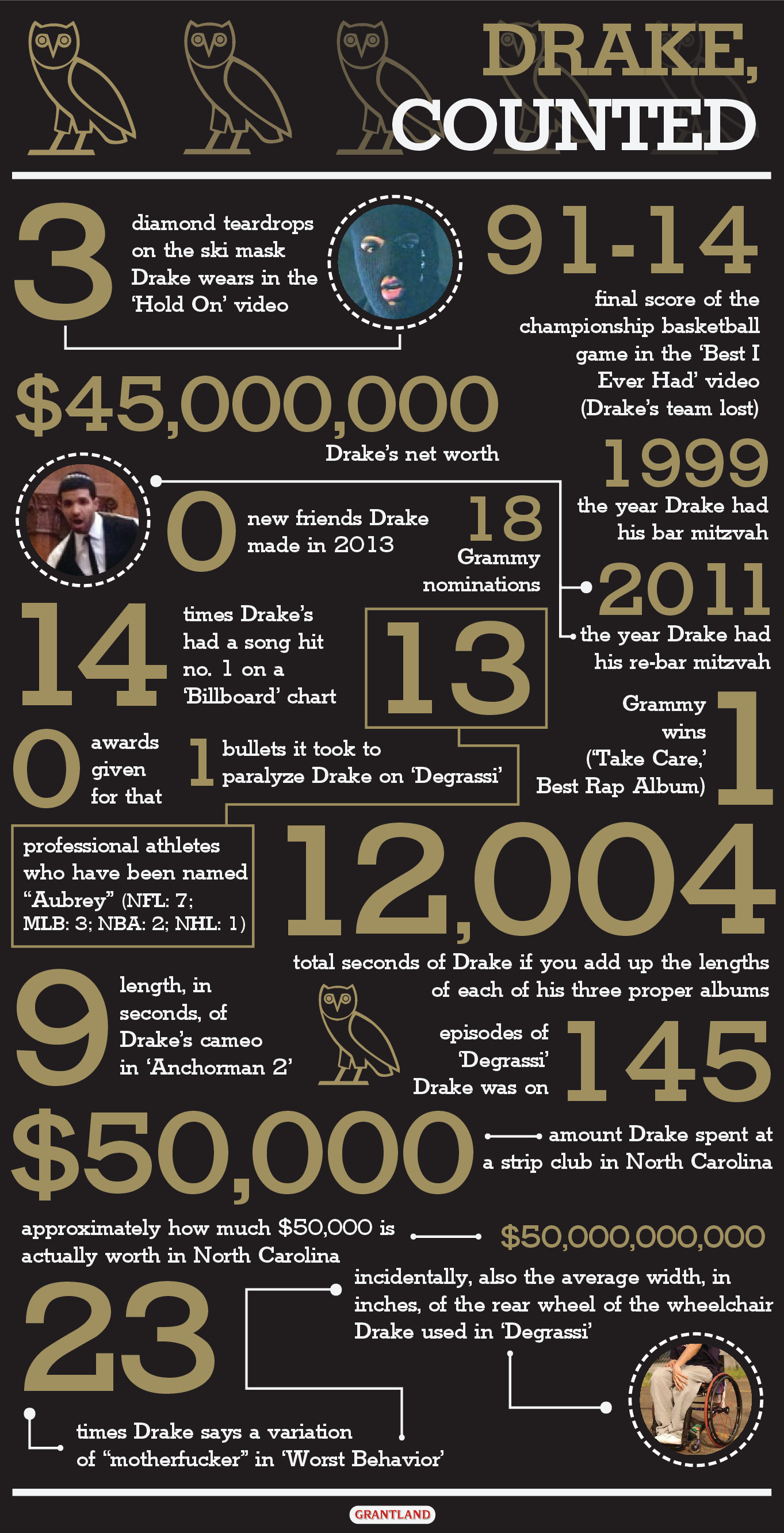 (For an expanded version of this image, click here.)

Four quick notes about the stats, the last of which is the perfect-universe thing:

The diamond teardrops mask is one of the all-time great Drake moments. It’s so layered and complex and gorgeously Drake that it needs to be explained fully here because all the information that belongs with that stat doesn’t fit on the chart.

If you’re not familiar with the context: In the “Hold On, We’re Going Home” video, Drake’s woman gets kidnapped (this, we later learn, is a revenge move for Drake having orchestrated a prior kidnapping/murder of some street tough’s woman). Drake and his friends grab a whole bunch of guns and head over to the warehouse where Drake’s woman is being held. Drake shoots out the lights on the exterior of the building with an assault rifle because I guess maybe he’s never played Splinter Cell. Then, in a breakneck plot twist, he shoots the guy standing next to him in the head because, turns out, the guy was working for the street tough who kidnapped Drake’s woman.

Now, watching Drake shooting someone in the head is maybe the second most unique, second most postmodern thing I’ve ever seen. The first: what he does immediately after. Because that’s when the three-teardrop mask happens. After Drake kills his former friend, all the guys begin to pull their murder masks on and it’s a cool scene. And then Drake pulls his ski mask down, AND IT HAS THREE DIAMOND TEARDROPS SEWN ONTO IT. Drake’s murder mask is bedazzled, man. Bedazzled. That’s beautiful. I love that and I love Drake so much.

But here’s the even crazier thing, and you really have to be paying attention to catch it the first (or second or third) time you watch the video: When he pulls the mask down, the diamonds are underneath the right eye. See? 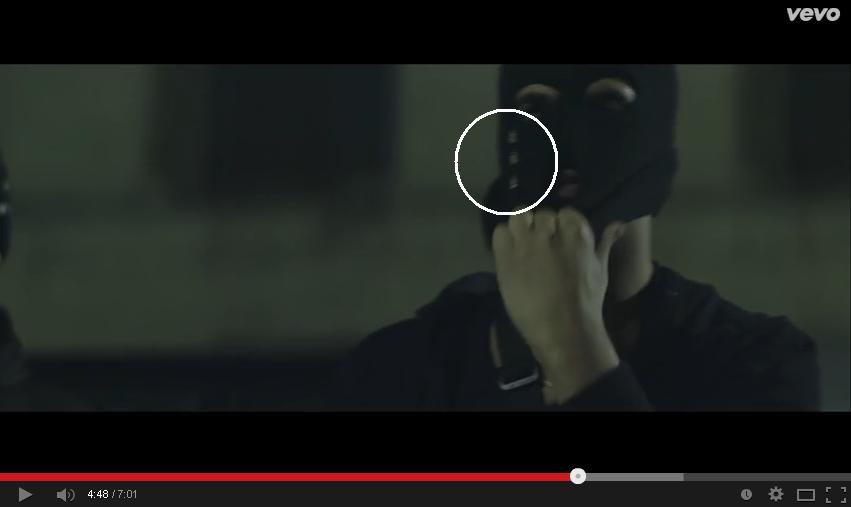 The video cuts to inside the facility. We see Drake’s girl running away from the bad guy’s muscle, the muscle looking mad, blah. Then it cuts back to the outside. And we see Drake about to rush into the building, only, oh hey look, now the diamonds are under his left eye: 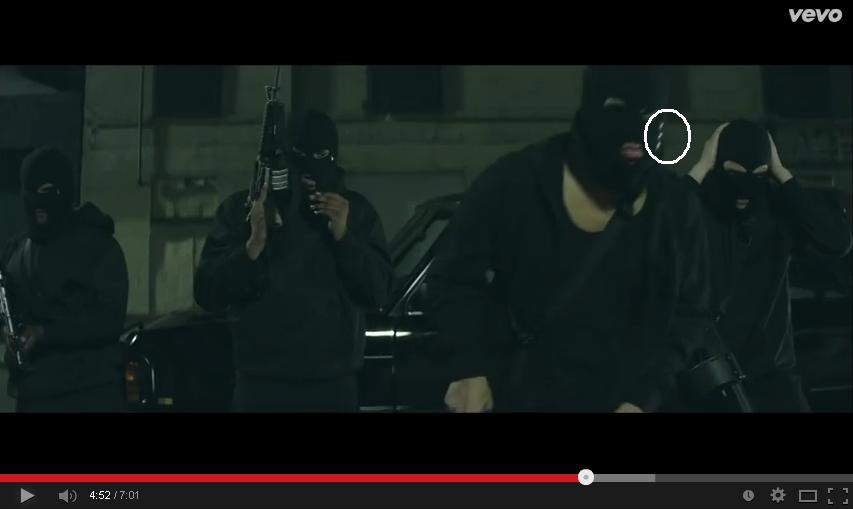 BRO, DO YOU EVEN UNDERSTAND WHAT THAT MEANS?

One of two things has just happened. Either:

That’s such an unreal nominations-to-wins ratio. I didn’t realize his stats were so unjust. The swipe he took at Macklemore during the ESPYS for having won a fistful of Grammys was completely called for.

I searched through a lot of videos and lyric sheets and album listings and guest features and on and on and on looking for things to count for the “Drake, Counted” infographic. I learned a whole bunch. Definitely way more than I was anticipating. But nothing made me happier than to unravel the very last stat that appears on the chart.

Drake said a variation of the word “motherfucker” during “Worst Behavior” 23 times. That’s about the same number of inches that make up the width of an average rear wheel of an adult’s wheelchair, the kind Drake rolled himself around in while he was on the TV show Degrassi. He didn’t start in one. He was put there after his character was shot in the back by another character on the show, and that particular guy was definitely on his worst behavior at that particular moment.

I don’t know that there’s ever been a more definitive piece of evidence that everything in the universe is strung together. There is no randomness. There are no coincidences. We are all connected. Wow. Thank you, Drake.