Don’t Make Gucci Assumptions, Be Wary of Gucci Hoaxes, and Protect Gucci at All Costs 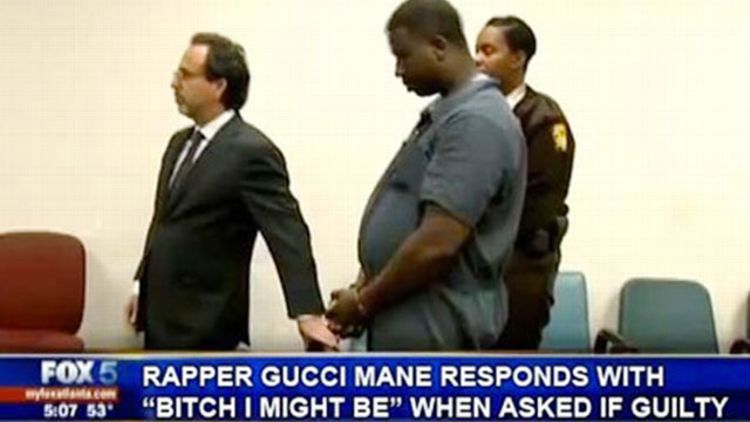 This Internet-based, quick-paced, breaking-news-geared society we’ve inherited has its drawbacks, most noticeably the ability to be occasionally right and often wrong.

April 23, 2009: The video for “Gucci Bandanna” is released, Gucci Mane says the word “Gucci” 17 times in one verse, legacy is cemented.

March 15, 2013: The film Spring Breakers is released, Gucci makes a reference to Mozart while having sex, talks begin about replacing Washington’s face on Mount Rushmore.

March 26, 2013: GQ runs a story by Buzz Bissinger, “My Gucci Addiction,” which has nothing to do with Gucci Mane. America, confused, waits for Gucci Mane to pen story, titled “Gucci’s Gucci Addiction.”

April 13, 2013: Gucci Mane arrested for a probation violation, freedom balloons all simultaneously popped by the sun.

Earlier this week, Gucci Mane was set to appear before a judge, which involved answering questions regarding his guilt or innocence. This event led us to today — the morning of April 17, to be exact — and a viral image that (continues) to run rampant throughout the TwitFaceLinkedInBlogosphere, which you can see above.

I may not know much, but I can most certainly attest to the lexicon of Gucci. There is no way he would reply to a serious question from a judge with the name of one of his songs.

Might he say something along the lines of “Gucci is sorry” or “Gucci didn’t mean to”? Absolutely. But never rude, never profane, and, most certainly, never without the word “Gucci.”

So, in seeing this image, with only a base knowledge of Photoshop, I saw this as fake Gucci. Even when multiple outlets reported this as an actual Gucci news story, I stood by my Gucci beliefs that this was a Gucci hoax.

Because I believe in Gucci.

And, like clockwork, as the day progressed, the Gucci truth came out (from Buzzfeed):

While we, as a nation-state, must work together to impress upon Gucci Mane the joys of freedom, let us not forget that while Gucci is a Mane with a penchant for captivity, Gucci is never rude.

And Gucci would never admit guilt with a Gucci lyric of his own.

And, most importantly, Gucci would never not say “Gucci.”