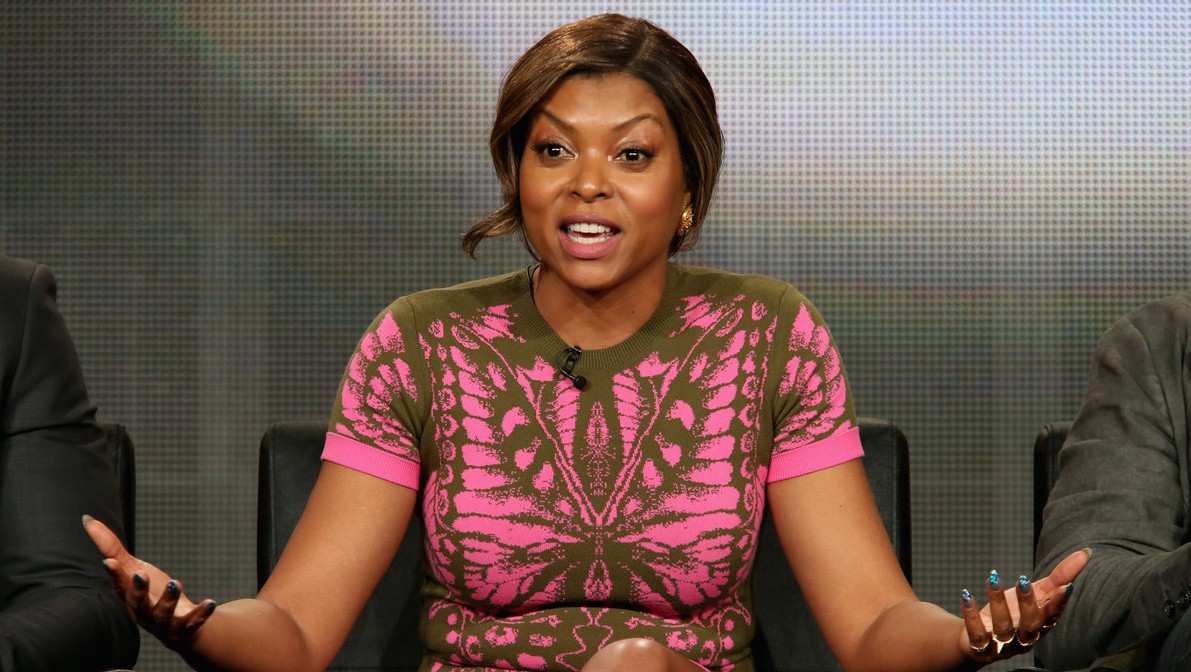 There was a time, not long ago, when American television was dominated by insanely rich, maniacal narcissists abusing their power for the edification of their own perverse egos.1 The prime-time soap opera genre — defined by the lavish exploits of Peyton Place, Dallas, and Dynasty, then dismantled by the insanity of Twin Peaks — was always a sure bet for a big Nielsen rating and an even bigger cultural conversation. The soap fell out of favor, save for the occasional Desperate Housewives or little-loved UPN/WB/CW joint, but many of the tropes of the genre lived on in our brave new world of prestige TV. The incessant between-seasons chatter about “Who will get whacked?” during the run of The Sopranos was second cousin to “Who shot J.R.?” Game of Thrones is just Dallas gussied up with extreme violence, nudity, and CGI dragons.

Fox’s Empire (and to a lesser extent, its corn-fed red state doppelgänger, ABC’s Nashville) has brought the unabashed cheesefest back to broadcast TV.2 Praise the Lord and pass the popcorn. Lee Daniels and Danny Strong’s earnestly bonkers series is a massive hit, and critics are praising the way in which it embraces the shameless exploitation tropes of the old days of broadcast prime time. Unlike Showtime’s The Affair, a program that is so deadly serious in the way it employs arch characterization and mind-bogglingly salacious twists that it must be sarcastic, Empire is completely chill with you laughing at it. It allows its actors to chew scenery and throw shade with impunity. It uses music cues straight out of a 1940s radio serial. It casts Judd Nelson as a villain.3 This is YOLO as network drama. But everyone who strains to call this a return to form fails to realize that the elements that make Empire so infinitely watchable have been used to great effect on TV’s never-ending chum bucket buffet: Bravo.

What Bravo’s mascot/head of programming/lead onscreen talent Andy Cohen figured out was that America craves nonsense. “Feed me candy, goddamnit!” we collectively scream at our numerous video screens. Yes, we love classy entertainment, and TV drama has never been better, but we want that class covered in blood, guts, and booze. Of course, the major networks have offered up plenty of dead bodies in the last 10 years. The CSI franchise alone has murdered more people than live in my hometown, but it does so with a grimness that makes consuming it a vaguely masochistic endeavor. Often, watching a procedural like Criminal Minds or NCIS can be akin to observing an autistic savant solving a Rubik’s Cube. It’s perfect, dispassionate, and a bit hypnotizing.

The great soap operas are closer to a drunken teenage girl ripping up her prom dress in the middle of a Barneys — something insane is happening and, rather than stop it, you just want to take it all in so you can tell your friends about it later. Soaps are fantasy worlds where human beings solve their problems by ripping up pillows and rolling around in a mess of feathers.

Most broadcast dramas exist on one end or the other of what I call the Sorkin-Wolf Spectrum. On one side, you have the dialogue-heavy, coastal, idealistic liberal workplace drama pioneered by Aaron Sorkin. Scandal is, in many ways, a sexier version of The West Wing. The same goes for The Good Wife or State of Affairs. On the other side are the Dick Wolf procedurals. Law & Order begat CSI, which begat NCIS, which shit out Scorpion into a hole dug by House while Backstrom watched. There are outliers like Parenthood or Once Upon a Time, but most shows rest somewhere on the Spectrum.4

The soap opera defies that binary in just about every way. Unlike in the Sorkinite shows, the characters in soaps are cynical and proud of it. The minutiae of an exciting job that propels the procedural are meaningless to the soap. What’s more important is the shocking act itself and the ensuing confrontations between two diametrically opposed characters. Bravo embraced those tenets of the genre and then some. From the Real Housewives franchise to lesser lights like Below Deck or Shahs of Sunset, all of the Bravo reality shows share that maniacal attention to chaos that kept shows like Melrose Place going long after Kimberly blew up the apartment. As a viewer, you might not particularly like Vanderpump Rules’s Tom Sandoval or his bitter ex Kristen, but you absolutely want to see them bark at each other in the middle of an opulent restaurant in a glamorous city while “restaurant patrons”5 look on in horror.

The gilded trappings of the prime-time soap got old on broadcast in the early 2000s, but they freshened up on basic cable in the form of the modern cinematic reality show that Bravo perfected. It’s not enough that the cast members of Vanderpump sleep around and get wasted; they have to do it in the “hottest” clubs, in trendy neighborhoods, while drinking expensive vodka. The average TV watcher isn’t impressed by poor people squabbling, but throw a BMW and some champagne into the mix, and everything changes. The Bravo shows and Empire share an affinity for “the club,”6 conspicuous consumption, and outré fashion choices. Lucious Lyon wears clothes with patterns that remind me of the carpet at a Holiday Inn Express.

The linchpin of the soap opera, though, is feminine energy and agency. It’s not a coincidence that the most forceful, compelling, and vital performance in Empire comes from a woman. Taraji P. Henson, from the moment Cookie Lyon first steps into the boardroom of Empire Entertainment in the pilot, commands attention. She dominates the story through the first four episodes and consumes a typically warbly, mawkish performance from nominal lead Terrence Howard. When she confronts Anika, Lucious’s haughty, pretentious new girlfriend, in Episode 3, it’s simultaneously threatening and oddly erotic; a testament to how well Empire has nailed the campier soap opera tropes.

As in Bravo reality, diva histrionics are the plot equivalent of a car chase in a summer blockbuster: Every other scene is just marking time until something blows up. Cookie owes a debt to the brash frenemies of Real Housewives of Atlanta and their verbal fireworks. As absurd as it is to see real-life millionaires scheme and call each other names under the guise of “documentary filmmaking,” Bravo reality shows offer a view of femininity (especially black femininity) that was rarely expressed in the popular culture. Had we ever seen a TV star like NeNe before Atlanta — a woman who truly did not give a shit? Alexis Carrington could catfight with the best of them, but NeNe (and Cookie) could beat the shit out of anyone, regardless of gender.

If you watch the preamble to the Dynasty video embedded above, the combatants, Alexis and Krystle, are almost kind of polite until they start pulling hair and tumbling down stairs. Characters like NeNe and Cookie don’t mince words or stand on ceremony. They will, to coin a phrase, “call a bitch out” when necessary. It’s what could clumsily be referred to as “urban,” but is more accurately the attitude of those who have never had time to suffer fools. It’s established early that Cookie is hard — in the pilot, she reveals that she spent 17 years in prison and continuously regales other characters with her and her husband’s history in the drug trade. Before marrying millionaire Gregg Leakes, NeNe lived in an abusive relationship and had to strip to earn a living. Can you blame them for their lack of patience? While the rest of us were learning manners, they were figuring out how to survive. That shared DNA of struggle is what makes Empire a direct descendent of the Bravo reality shows. The Ewings and the Carringtons were to the manor born. The new breed of soap icons would sooner burn the manor down.

'The Right Reasons' Podcast: 'The Bachelor,' 'Real World,' 'The Challenge,' and 'Vanderpump Rules'