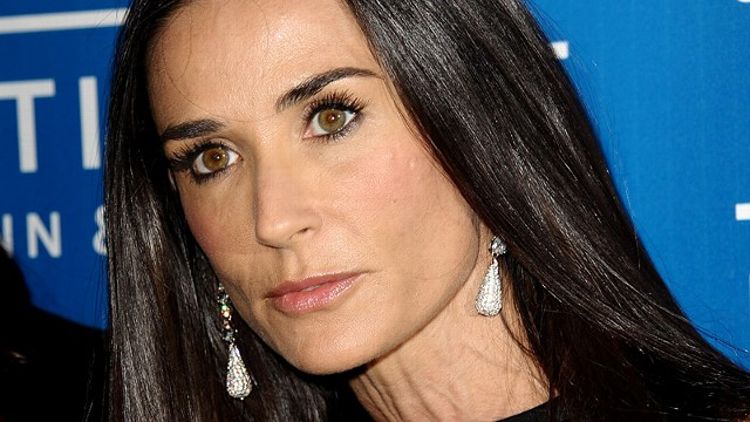 Whippets are the least glamorous drug known to man. The term “whippets” is already demoralizing, bringing to mind anorexic dogs, run-down supermarket refrigerator aisles, and shaggy teenagers in a dirty rec room. The coverage of Demi Moore’s reported whippet overdose is no less grubby: Here, an unflattering paparazzi photo of Rumer Willis on TMZ with a comment up at the top from Satan saying, “Boy! She has one ugly face.” Over there, a 10-minute recording of the 911 call nobody was meant to hear, with dog-ear-deafening prolonged censor beeps and a three-minute interlude about gate codes.

The details are confusing: She smoked something, not pot, let’s make that clear, but more like … incense, yes, that sounds about right. Perhaps it was salvia (speculation courtesy of the medical experts at E!), but whatever it was, it came from the same bummer high school kickback as Reddi-wip. Because this behavior seems indicative of poor decisions while drug shopping, it was notable in tabloid land, which — OK. Of course. Celebrities bridge the gap between creative nonfiction and real existence: Our imaginations fill in the gaps between the breakups and the hospitalizations for exhaustion to create some kind of narrative. But the more specific and alien details that don’t follow a logical trajectory — like necklaces filled with vials of blood and taking your pet chimp Bubbles to tea with a Japanese mayor — kind of make you reconsider how annoying Joaquin Phoenix seemed when he was doing his performance-art talk-show circuit. There has to be some way to manufacture synthetic gossip with our imaginations. It might not be as (counterintuitively!) beneficial as real gossip, but it could be a promising market, like the electronic cigarette, or methadone. Something that leaves you feeling a little less dirty after ingesting it than the real thing.

The fact that 911 calls somehow fall under the public-record umbrella is very strange. It completely compromises the utility of a 911 call — to provide every bit of essential information to authorities in an emergency. Think those ants were still alive when you ate them or you weren’t 100 percent on those mushrooms you foraged without reading a manual? Gotta let ‘em know, amateur Bear Grylls. Snorted 50 baby aspirin and dumped absinthe into your eye on a dare? That’s why we’re here, stupid victim! There are very few 911 tapes that a caller would want to see circulate on Facebook, because there are very few 911 tapes that would paint a picture of a caller who was anything like Indiana Jones, Batman, or even just a reasonable and sane civilian. What good can come from releasing these recordings? I called 911 once, after a person intercommed my apartment over and over, screaming, “Let me in! Let me in!” and pounding on my front door, eventually showing up in shadowy menace on the fire escape outside my window. When I called, I was crying heartily, with snot, and embarrassed myself for about 10 minutes before the operator concluded that the person at my door was a police officer who been given the wrong address for a distress call. What if that tape had become an accessory of my person, like a purse in the form of my ugliest snapshot Super Glued to my shoulder? If I had known that that were a possibility, would I have been content to huddle on the floor and let the person I thought was my murderer just have at it? Yes. Like I said: heartily, and with snot. The difference between a hunk of pulpy fiction reimagining a 911 call and the real deal is remarkable: It’s more economical and lends everyone a kind of dignity and finesse. Perhaps the hero gets to wear a Hermès scarf and drink an espresso martini, her French-manicured fingernails tapping nervously on the glossy surface of a Noguchi coffee table. Hello, operator? I’m afraid my friend is in some distress. Yes, operator. Please send help right away. The gate will open itself, of course. If the weapon were a can of whippets, it was Hermès whippets. The tiniest editorial tweaks would change everything.

Remember how intently we stared at her knees? It may have been a slow news week, but Demi’s knees were everywhere for a while, like a noseless, lipless face with its eyebrows raised. The slice of the nation that most frequently stood in line at the grocery store in 2006 observed and compared photos of her leg dimples while their kale was passed over the scanner. She used leech therapy and married Kelso and continued to have the most fantastic, shiny hair on the planet for decades and decades. Demi Moore would make the most wonderful Jacqueline Susann heroine, what with her cryptic eyelid tweets and children with names from unwritten Fleetwood Mac songs. If it were possible to rewrite her as a fictional character or reinvent her as a hologram, she would be a masterpiece: vulnerable yet strong, beautiful but betrayed, and covered in vampire slugs. What if we were as capable of fabricating fascinating people to stare at and wonder about as we are of creating fake sugar and concept cars? Imagine the headlines, the recordings, and the trillion-dollar weddings we could put them through: Divorce after divorce for wild old made-up Kathleen Bananas, diabetes for poor butter-frying Daphne Crullers, and a rare skin rash involving ambulatory moles for the once-ravishing Krystal McMonte (sadly, inoperable). We must be almost there. We’re just not smoking the right incense.

Disgraced Designers, Crazed Gunmen, and Lethal LARPing: Which TV Procedurals Are Worth Your Time This Week?