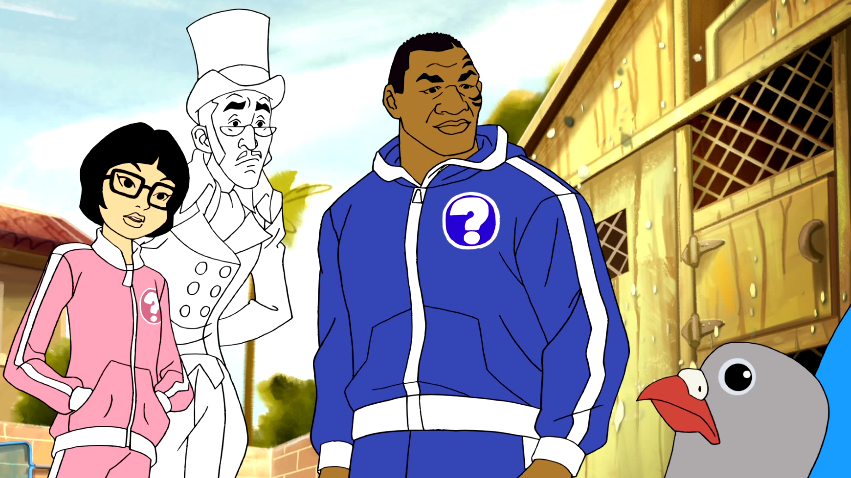 Adult Swim has it easy. While networks ranging from staid PBS to insane TLC struggle to reach the same, hotly desired demographic of 18-to-49-year-olds, all Adult Swim has to do to attract them is uncover the pool. In its 13th year of existence, the Mr. Hyde to Cartoon Network’s Dr. Jekyll is routinely the no. 1–ranked channel in the key demo. What does Adult Swim know that its competitors don’t? Easy: The best way to get people onto their couches is to target those who are likely already there.

What unites the faux-soap hysterics of Children’s Hospital and the never-ending meatball that is Aqua Teen Hunger Force is their uncanny ability to speak to a very specific type of overeducated, underemployed recreational user. Adult Swim comedies are both acrobatically clever and mercifully short (episodes average about 11 minutes), making them both endlessly snackable and ideal for those with limited attention spans. The network’s sensibility has become so specific, so sharp, and so legal in Colorado that it barely has to do any promotion at all. As the delivery guy who arrived just before the pizza could attest, transgressive things that make you feel good will always sell themselves.

The latest hit from Turner’s corporate bong is Mike Tyson Mysteries, premiering tonight at 10:30 p.m. ET. Created by Hugh Davidson, late of Robot Chicken and The Looney Tunes Show, the series is a lovingly crafted homage to the earnestly stiff Hanna-Barbara cartoons of the early ’80s, in which talking dogs would team up with the Harlem Globetrotters to defeat the Loch Ness Monster. (And remember, millennials: These were made for actual children, not just the gleefully arrested.) The real Mike Tyson provides the voice for “Mike Tyson,” a cheerful former champion who has rededicated his life to helping people with their problems. Along for the ride in his mystery mobile — I mean that literally; it’s the name of the van they drive around in — are Mike’s (fictional) adopted daughter, Yung Hee (voiced by Rachel Ramras), the ghost of the Marquess of Queensberry (performed with twee élan by Community‘s Jim Rash), and a louche pigeon who used to be a man (Norm MacDonald). If that lineup doesn’t give you a sense of the proceedings, perhaps the particulars of tonight’s premiere will: The gang is hired by novelist Cormac McCarthy to help him finish his latest novel. There are numerous jokes about John Updike (“I like those Updike women,” MacDonald slurs. “Upper class tan gals”) and plenty of tough questions: Like, does Mike Tyson do more damage to a rampaging chupacabra by attempting to say the word or by punching the actual monster in the nuts?

Through it all, Tyson appears to be an incredibly good sport — I assume he’s onboard with his character’s childlike presentation; if he weren’t, Davidson would likely be faring about as well as that chupacabra — and MacDonald is truly inspired as a booze-guzzling bird. Mysteries never quite reaches the insane/inspired dimensions of Adult Swim’s best series, Rick and Morty, but that’s OK — few things on earth do. Elaborate gags about Pulitzer Prize winners wearing horse masks and IBM ENIACs shitting themselves with punchcards would appear to have a limited audience. But that audience is literally watching Adult Swim right now. In other words, the champ remains the champ.

An Open Letter to Gareth, the Coolest Hipster Cannibal 'The Walking Dead' Will Ever Know