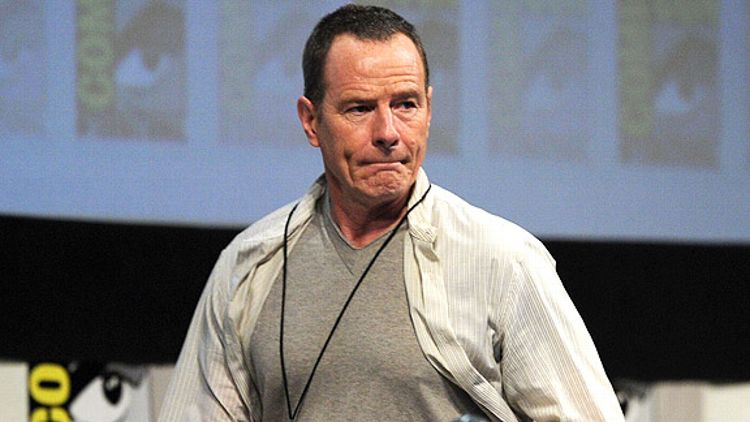 The stars of AMC shows that aren’t Walking Dead are getting their piece of the zombie action: Breaking Bad‘s Bryan Cranston is negotiating to join the already cast Mireille Enos (The Killing) and James Badge Dale (Rubicon) in Marc Forster’s World War Z, the Brad Pitt-starring adaptation of Max Brooks’ zombie-apocalypse novel. Not much is known yet about the role Cranston would play, except that it’s “small but flashy.” Translation: He will play zombie food. Grade: A [HR]

As if Batman didn’t already have enough loathsome villains to deal with in Christopher Nolan’s The Dark Knight Rises, Ben Roethlisberger and the Pittsburgh Steelers shot a scene for the movie on Saturday. Grade: C [Pittsburgh Post-Gazette]

FX has ordered one new season of Louie and Wilfred each, and two new seasons of It’s Always Sunny in Philadelphia. Grade: A [Variety]

Stacy Keach has joined Tony Gilroy’s Matt Damon-less The Bourne Legacy — in which Jeremy Renner stars as an assassin trained in the same program as Jason Bourne — in an unspecified role. More important, though, did you know Stacy Keach has an official website? Grade: B+ [Variety]

The agents of Diana Maria Riva and Claudia Bassols thought that if they announced it on a Friday night, nobody would notice they’d joined the cast of Rob Schneider’s untitled comedy pilot for CBS. Nice try, guys! Grade: C [Deadline]

Former Laker Rick Fox will guest star on ABC’s Body of Proof as a guy suspected of murdering his neighbor. Grade: B [HR]