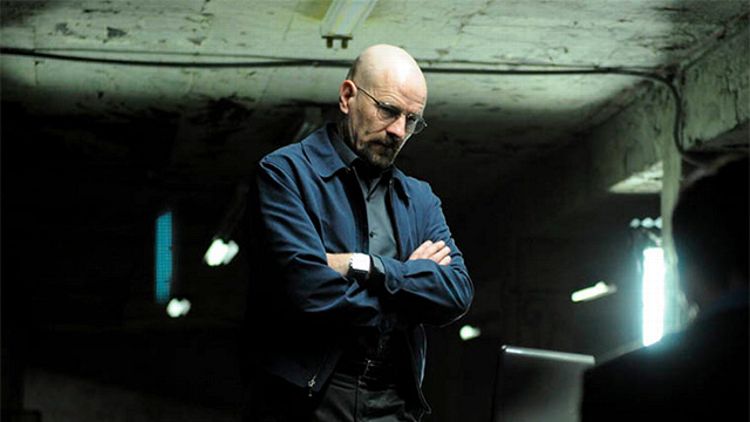 Now that Walter White has placed the most notorious phone call in television history, what next? Well, those who just can’t bring themselves to hate Bryan Cranston’s fatherly face no matter how twisted with rage it gets can take heart. The One Who Knocks is apparently steering well away from antiheroes, unlike certain tweedy Seattle talk show hosts. He’s signed on to play the role of blacklisted screenwriter and rebel-with-a-damn-good-cause Dalton Trumbo in a film to be directed by Jay Roach. I’m guessing Cranston has gotten a little bored playing pretend tea party with his three — probably soon-to-be four — Emmys and figures an Oscar is an excellent way to spice up the mix.

For 21st century youngins to whom Communism means little more than those hipster CCCP T-shirts you see in Williamsburg and Silver Lake, Trumbo is one of the few people Hollywood can hold up to the outside world as a beacon of genuine courage (in addition to what really matters: box-office success). Trumbo was the highest-paid screenwriter in Hollywood — and a National Book Award winner — when the House Un-American Activities Committee started dragging filmmakers before Congress to find out who’d dabbled with Communism before WWII (i.e., been an active member of the Writers Guild) the way current creative types dabbled with Howard Dean. Unlike Elia Kazan, who tossed out names like party favors (which is why Orson Welles considered On the Waterfront immoral), Trumbo refused to testify and was thrown in a Kentucky clink for 11 months.

Trumbo was then placed on the notorious Hollywood blacklist and his career ground to a halt; nonetheless he continued to write under a pseudonym, including such films as Gun Crazy and Roman Holiday, for which he received a posthumous Oscar in 1993. It was only in 1960, when Kirk Douglas revealed Trumbo had written Spartacus, that the blacklist lost its power to instill fear in Hollywood. That is until NBC decided to bet the house on James Spader this fall.

The obvious question to Bryan Cranston fans with a The New Yorker subscription is this: How many points does Jay Roach merit on the Cranston Project Assessment Scale? More or less than the Batfleck pre-Argo? And even more fun to ponder: What charmingly eccentric contributions to Roach’s film will Cranston inevitably push for, much the way he suggested to Vince Gilligan that Walter White have more meth-wenches? Maybe when asked by red-hunting Republicans who his fellow commies are, Trumbo will strip naked in front of Congress and claim to forget what happened. Or better yet, he could just flash the Heisenberg face and blow them all up with FDR’s wheelchair.

Jennifer Aniston Is Pregnant, for Real This Time! ... and Other Familiar Tunes From This Week's Tabloids