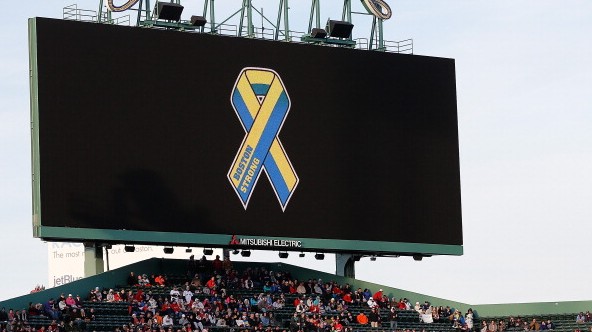 Yup. Like 9/11 and Columbine before it, last year’s bombing at the Boston Marathon is not immune to fast-turnaround dramatization. Rod Lurie, the writer/director behind The Last Castle, Straw Dogs, and Nothing But the Truth, is working with Fox on an untitled event series adaption of Long Mile Home: Boston Under Attack, the City’s Courageous Recovery, and the Epic Hunt for Justice. Written by Pulitzer-winning Boston Globe reporters Scott Helman and Jenna Russell, the book was published in April and, according to Deadline, “focuses on the real-life stories of five people whose lives are changed forever in two deafening blasts at the finish line of the 2013 Boston Marathon.”

Deadline says Lurie’s one note from Fox is to stick to the facts. “In this case, the accurate story is a phenomenal story,” Lurie says. After a visit to Boston earlier this year, the director wrote on Facebook, “It’s a big beautiful city with a bounce-back population that takes care, not just of its own, but others as well, and they aren’t about to be stopped by a couple of punks, potheads without a winning bone in their body, cowards without a country.” He also visited the building where the suspected bombers, Dzhokhar and Tamerlan Tsarnaev, lived. One of the producers working with Lurie is Basil Iwanyk, who was on the team for The Town as well as Clash of the Titans and the Expendables movies.

Now, is this something we need? An event series guarantees more screen time than a movie, which ostensibly means more time to get it right than a film would have — but it could also mean more time to get it wrong, and weeks and weeks of pain for everyone traumatized by the event. Wasn’t 2013 full of other adaptation-worthy events? The Red Sox winning the World Series? The election of Pope Francis? The birth of Kim and Kanye’s daughter? Anything?