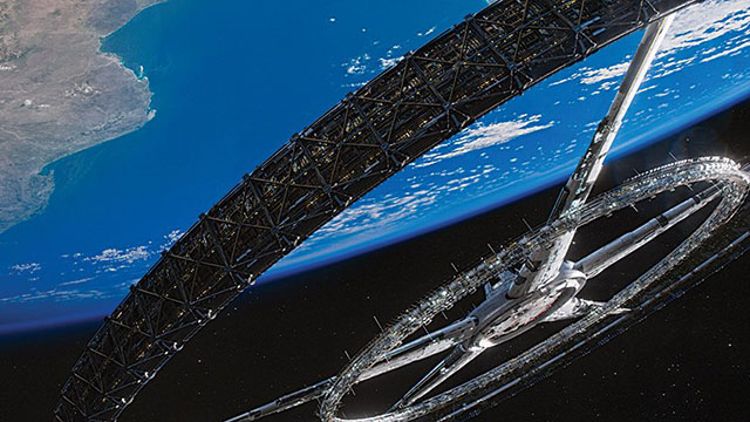 In the canonical 1970 Richard Matheson science fiction story, Button, Button, a middle-class couple is presented with the opportunity to earn $50,000 for pressing a button that will murder someone they don’t know. It’s a thought experiment that has since percolated into popular consciousness: The story was adapted into an episode of The Twilight Zone and later into the criminally undersung Richard Kelly movie The Box.

The world is full of people you don’t know — in fact, with the exception of the impossibly minute slice of the population you can name, we live on a planet full of strangers. The couple entertains the possibilities: They could kill some baby in Pennsylvania, some “old Chinese peasant 10,000 miles away,” someone down the block, a “diseased native” in the Congo. It never occurs that had the button landed in any of those places, the unknown victims could be them.

Matheson died this year and was largely eulogized as the author of I Am Legend, a frequently adapted novel about the postapocalyptic undead. Zombie dystopia may be the most popular escapist myth of the last few decades, but Button, Button was far more prophetic. Despite its flaws, it spoke candidly to the brusque and sometimes violent detachment of the contemporary condition. Because, of course, in suburban military compounds around the country, thousands of people grapple with Button, Button’s central quandary every day. They’re drone pilots, and they regularly weigh reward against the dispassionate murder of strangers.

A drone, like any technology, is an empty signifier until it’s granted a purpose. It needn’t be a militarized thing, but new technologies tend to find their legs where the money is. Drones are instruments of destruction because it has, so far, been both lucrative and efficient to use them to kill — but as soon as the genre of drone-filmed voyeur porn is invented, they will remind us as much of sex as they do of death. For me, drones conjure entirely new suites of paranoia: In all my most lucid adolescent nightmares of the future, I never once thought to fear death — or whatever slow, deathlike absorption into the technium awaits me — from above. Now I regularly consider it.

For the time being, we believe drones are frightening by virtue of their application, not their nature. But that’s not quite right — there is something fundamentally horrifying about drones, something entirely independent from what they’re employed to do. It’s a little bit of the table-turning Button, Button thing. It might also be that drones are only the newest eyeballs added to a global matrix of surveillance. For those who anticipate a technological singularity, the computer networks of the world are slowly but surely evolving into a centralized mind, a mind that knows the world through its infinite multiplicity of networked sensors, the so-called Internet of Things — the pedometers, toothbrushes, power grids, home thermometers, and data-mining sensors. These devices have ways of seeing and establishing a relationship with the natural world, but they don’t have the fluid autonomy of the human sensory organism. They cannot move to where the action is.

Drones, on the other hand, can.

So drones are unsettling because they divorce feedback from death, and because they are the agents of a man-made omniscience that approaches the vantages of the gods. If we trace the development of artificial intelligence and warfare a little further down the line, it’s reasonable to assume drones won’t need pilots much longer. The big baddie of the future, in fiction and probably in the real world, too, is the unpiloted drone, the mute killer, applying algorithms and commands to a chaotic world. Drones are the singularity’s muscle — and its eyes.

Why has Hollywood so embraced the drone? Well, for one, it’s an easy villain: no characters to draw, no backstory necessary, no moral ambiguity. Baddie drones aren’t piloted, they’re programmed for bloodlust. It’s not really much different from the reason the military so adores its Predators: They shunt responsibility into a murky direction, one we can’t quite easily pursue and so more willingly ignore.

Elysium, to me, represents the consequences of this kind of thinking. In the year of our Neill Blomkamp 2154, the convenience and anonymity of the drone has evolved (as it undoubtedly will) into a general ubiquity of artificial enforcement and surveillance. Cops and parole officers are robots. Disc-shaped drones zip into the skin to explode on contact. Droids serve and enforce the protocols of the rich, driven by a system code that can, it turns out, be hacked. Those privileged enough to be on the good side of this machine omniscience think the dirty old planet is full of strangers, a population of billions not worth giving a shit about, forgetting this logic works both ways.

In order to see everything, we must be OK with being seen. In order to send drones over the sea, murdering vicariously, we must accept that others will want to use the technology, too, and that we are as anonymous to them as someone in the Congo (or Pennsylvania) is to us. When we forget this basic axiom, we become Matheson’s shortsighted couple, thinking technology only works in one direction. Elysium sure looks beautiful from Earth, an old nun intones at the beginning of the film — but don’t forget how beautiful the Earth looks from Elysium, too.

If the toroidal space colony of Elysium is supposed to be heaven, then its core computer system, flanked by flowering cherry blossoms, is God. It is the drone taken to its logical conclusion. Out of laziness, the wealthy in Blomkamp’s film have given the computers the keys, allowing them to literally determine the physics of their world: what qualifies as human, what diseases and disfigurations are terminal, who suffers the brute mechanized oppression of the drone police state — and who wields it. To have the access codes and passwords to Elysium is the difference between life and death, power and impotence, and to bear the system reboot keys in your mind, as Max — a crunk Johnny Mnemonic played by Matt Damon — does, is to speak the language of God. Like Jesus, or Neo, he can bend the peripheries of objective reality. Whoa. Spoiler: Max’s imperative in Elysium is to restart the core computer, and hence redraft the world.

The notion that restarting a computer could lead to a better world is weirdly reductive. Even in a rebooted Elysium, where the 99 percent are suddenly granted full personhood and the droid cops have shifted their attentions to the immediate medical care of the entire planet Earth, humanity is still slave to the computer. The computer isn’t sentient, and it happens to be benevolent. For now. But as the media theorist Douglas Rushkoff often emphasizes, those who don’t speak the language of the computer are destined to be controlled by it. Program, he writes, or be programmed. The truth is, down the line, we’re not going to be the ones pushing the buttons anymore. At the risk of sounding like Yakov Smirnoff, in the 22nd century, the button pushes you.

In science fiction, a monolithic conceit environment like Elysium is called a “Big Dumb Object,” particularly once it has been abandoned and left to ferment in its mystery for a few millennia. It hangs in space, revealing little, if not nothing, about its origins. I didn’t care much for Elysium, but I would like to see the film’s ending held accountable for its own poor legacy plan. If there is an Elysium 2, it should be about the unsustainable habitat falling to shit once untold billions of the poor and unwashed commandeer its delicate ecosystem. It’s a ship. It can be sunk. And in a few hundred, or million, years, it will be a hollow and inexplicable ruin, like Arthur C. Clarke’s Rama, Larry Niven’s Ringworld, the Stone from Greg Bear’s Eon, or any of the other pieces of garbage littering the cosmos in the science fiction canon. If we’re around to see it, it will be a reminder that, like Matheson’s protagonists, we hovered over the button, trying to think, but ended up making the wrong choice — again and again.

Filed Under: Movies, Elysium, The Futurist

Q&A: Superchunk's Mac McCaughan on I Hate Music, Not Breaking Up, and Keeping Things Fresh