Afternoon Links: Terminator Will Be Back (on TV) 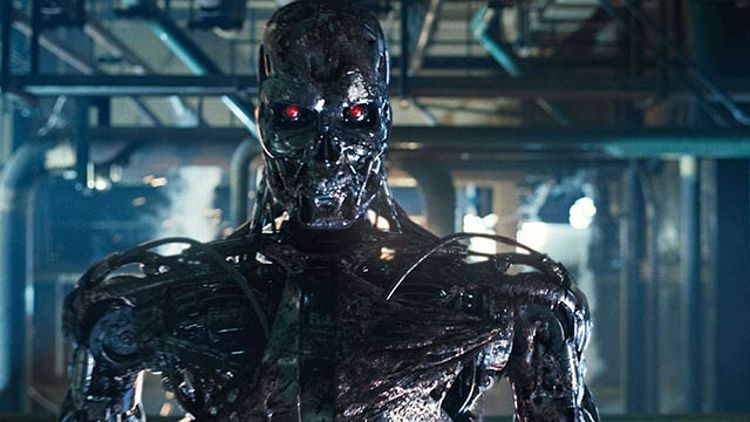 The future has not been written, except for the part where humanity ends up with a second Terminator TV show in six years. Following The Sarah Connor Chronicles — and completely breaking away from it — Skydance Productions and Annapurna Pictures are working on a new series to launch in tandem with their 2015 franchise reboot. Zack Stentz and Ashley Miller, cowriters on Thor and X-Men: First Class, as well as story editors on Sarah Connor Chronicles, will write and executive produce the show. It sounds a little rehash-y and blah until you read that the story “will follow a critical moment from the first Terminator film (1984) and, where the film’s story goes one way, the upcoming series will take the same moment in a completely different direction. As the rebooted film trilogy and the new TV series progress, the two narratives will intersect with each other in surprising and dramatic ways.” That sounds cool.

This Beats by Dre ad has such a ferocious-sounding new Kendrick snippet. Want this song for Christmas. Want a new album for New Year’s. [h/t]

One of the best 2013 in Review things yet: The year in band names, including, but not at ALL limited to: Shreddy Krueger, Vomitchapel, End Times Spasm Band, the Droids We’re Looking For, Night Terrors of 1927, Racist Kramer, Beanz N Kornbread, Butter the Children, Swaguerrilla, and Football, Etc.

Nelson Mandela’s death at age 95 offers The Onion another opportunity to show how good it is at being The Onion.

No matter your stance on “Blurred Lines,” you need this Rolling Stone takedown in your life. Excerpt: “Understand, it’s not simply a reasoned critical perspective, pointing out the obvious flaws in craft and tone. It’s more like: I want to hurt this song. I want to wound it emotionally.”

Yup, Brian will return to Family Guy in some way. Semi-expected, still a dick move.

Watch Julian Casablancas get super torn up about a mannequin love story in the video for Daft Punk’s “Instant Crush.”

Beginning at noon on Dec. 27, AMC will show Breaking Bad in its entirety, nonstop over four days. Then a complete Walking Dead marathon kicks off at 9 a.m. on New Year’s Eve.

Diddy goes to Art Basel, gets confused with Kanye in public.

People, don’t steal wreckage from the Paul Walker crash. We will call you dumb and you will be in trouble.

And ICYMI: Check out the trailer for Pompeii, featuring Kit Harington from Game of Thrones and Lost‘s Mr. Eko himself, Adewale Akinnuoye-Agbaje. Directed by Resident Evil‘s Paul W.S. Anderson. [h/t]

Q&A: The Black Lips' Jared Swilley on the Band's Middle Eastern Tour Doc, Their Wild Reputation, and How Metallica Stole Their Antarctica Idea

The Best of Grantland Pop Culture Podcast: Municipal Workouts, Getting On, Mike Birbiglia, and Survivor