Afternoon Links: Parks and Recreation Gave Itself a 100th-Episode Present 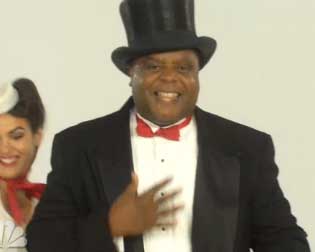 Parks and Recreation has evaded the chopping block many wonderful times — enough so that its 100th episode is coming up this Thursday, actually. To honor the milestone, the cast have shared their favorite moments in a new 20-minute clip. Fair warning: Perd Hapley sings.

Yikes: Jeezy has been arrested for “battery, false imprisonment, and making terroristic threats against his own son.”

New Zealand writer/director Jane Campion (Top of the Lake, The Piano) will head the jury at Cannes this year. She’s the only female director to have ever won the Palme d’Or, the film festival’s highest honor.

BuzzFeed ranked the 107 male partners of the ladies of Sex and the City.

Jimmy Kimmel sent Cousin Sal to the streets to find out what everybody’s worst Christmas present was. One guy received baby food.

Keegan-Michael Key (Key & Peele) will appear on ABC’s The Middle, which, if you’re not up on your generically named network sitcoms, is the one with Patricia Heaton from Everybody Loves Raymond.

And Leonardo DiCaprio survived a run-in with a shark. (Skip to the two-minute mark.)

Louis C.K. Will Sell His Directorial Debut for $5