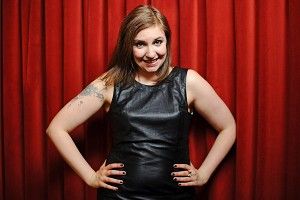 Body talk: Lena Dunham and her body electric are both on the cover of the upcoming issue of Rolling Stone. “But I’m sick of talking about that,” you say, to which I respond, “Then stop talking about it in engaging ways, or at all.” “OK,” you reply, “then let’s talk about why the sexy M&M has Caucasian limbs.” “Maybe,” I muse as we start painting each other’s nails, “it’s because sex and racism are recent bedfellows in this ever-changing culture in which we live.” You start to hum “Live and Let Die.” “Shut up,” I say, “shut your dirty mouth. It isn’t funny. Sports Illustrated is not only responsible for perpetuating offensive stereotypes, it also plotted to take the life of Kate Upton by sending her to Antarctica in a bikini bottom. Her body shut down.” Then a bird flies by and shits on our heads, one at a time, so we leave.