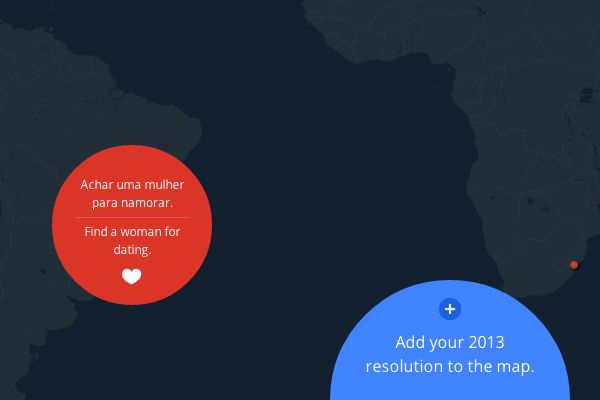 Google’s New Year’s Resolutions map, and its sometimes wonkified translations of those resolutions (“to be overcome in everything, do everything to all!”), attempts to capture the flava of 2013 at its most nascent stage. So far, we want puppies and more money. Will a slew of Ryan Gosling movies suffice?