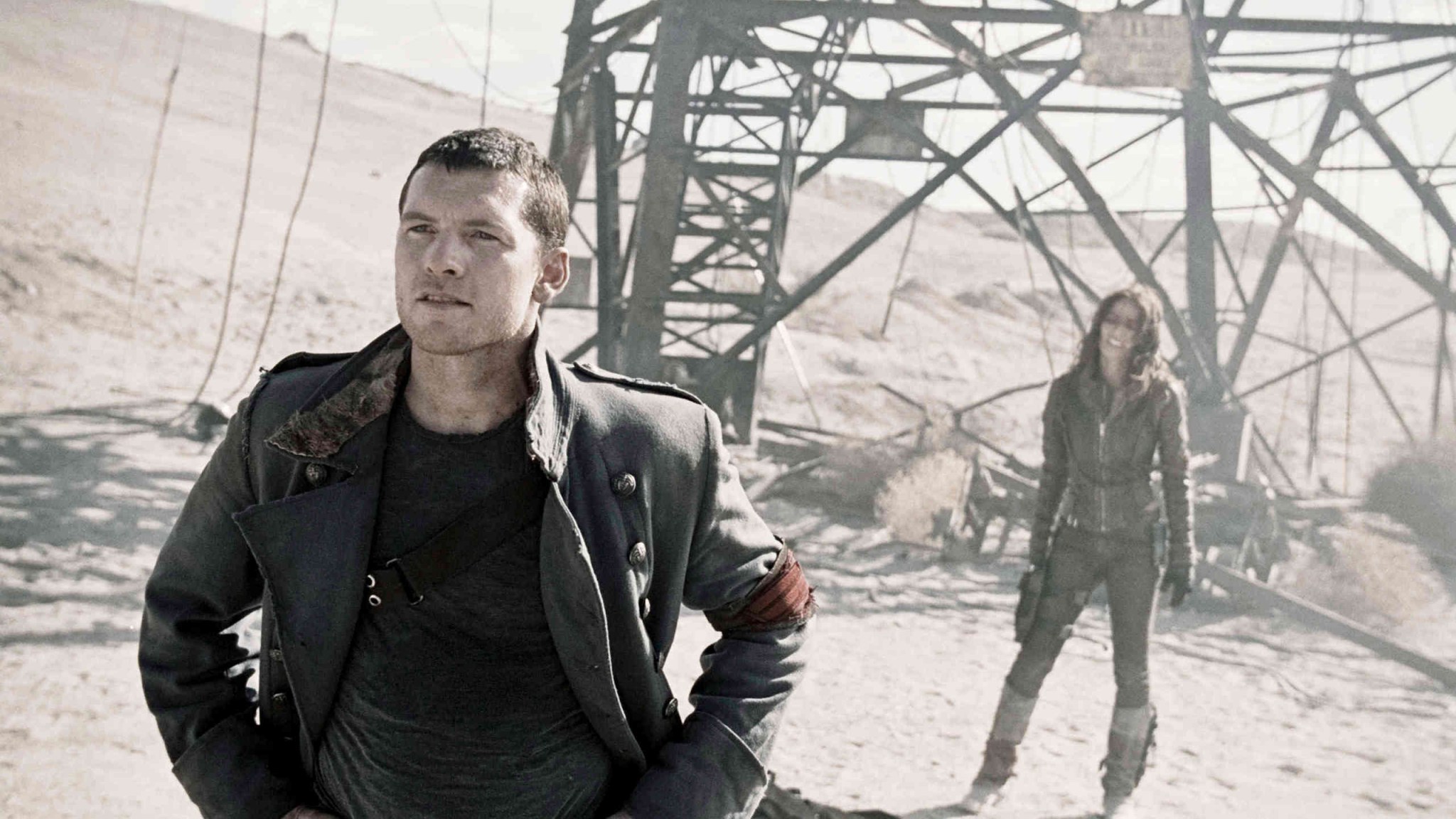 The same year Sam Worthington starred in the highest-grossing film of all time, he was in one other movie. Along with Avatar, this movie was supposed to be part of Worthington’s rise to the top of the Hollywood man-heap, an ascent that, despite the public’s insatiable craving for giant blue creatures having sex with their tails, never quite happened. Partly, this had to do with the failure of this other movie, which has been almost entirely forgotten (save for an outlandish on-set mishap) and will soon be erased from the canon to which it once belonged.

This movie was Terminator Salvation … Yeah, it’s the one where Christian Bale lost his goddam mind.

Terminator Salvation is technically the fourth movie in the Terminator series, which began in 1984 with The Terminator, cowritten and directed by James Cameron. In 1991, Cameron followed it up with Terminator 2: Judgment Day, which he also cowrote and directed. After that, the series moved out of Cameron’s hands: Terminator 3: Rise of the Machines was directed by Jonathan Mostow and written by John D. Brancato and Michael Ferris. Terminator Salvation was directed by McG — remember McG? — and written by literally everyone. Though the screenplay was again credited to Brancato and Ferris, rewrites were done by Crash writer-director Paul Haggis, The Shield showrunner Shawn Ryan, and Christopher Nolan’s brother Jonathan.1

I say that Terminator Salvation is technically the fourth movie because, in our new world of filmic universes and complete reinventions, it rarely works out that cleanly. This week’s arrival of Terminator Genisys is a reboot: It’s meant to anchor a stand-alone trilogy that will include movies in 2017 and 2018. (If Genisys is sluggish at the domestic box office, as it might just be, who knows if those will ever come to pass.) Cameron himself has called it “the third film” in the series, writing off Terminator 3 and Salvation. Were Genisys to lead to new sequels, it would effectively splinter the entire franchise in two, with both branches sprouting off the trunk of the first two movies.

Now five movies in, four different actors have played the role of John Connor, three have played Kyle Reese, and two have played Sarah Connor. Because the “universe” of Terminator is so baggy and bizarre, featuring fractured timelines and a postapocalyptic future as well as a semi-normal past/present, the whole franchise identity essentially comes down to the role of Arnold Schwarzenegger as the Terminator, which helps demonstrate why Salvation in particular is so expendable: It’s the film with the least amount of his involvement.

But what’s happening to Terminator is hardly exceptional in the current climate; all across blockbusterdom, studios are resurrecting and reanimating franchises selectively, cherry-picking from past films and mythologies while excluding entire swaths of creative work. It happened with Jurassic Park, which saw Jurassic World more or less erase The Lost World: Jurassic Park and Jurassic Park III from memory. It’s happening with Spider-Man, which is about to enter its third franchise reboot. And it’s happening with Alien, which will likely exorcise Prometheus, Ridley Scott’s controversial 2012 entry — not to mention David Fincher’s reviled Alien³ — when Neill Blomkamp makes his new version.

“With any project, you’re always dealing with expectations,” screenwriter John August told me. “The more that has come before you, the tighter the circle of expectations is on you. Often the expectations the studio has are expectations the audience has. They’ve created this very small window of what they feel is a reasonable acceptance of an idea.”

August has some experience in the franchise trenches: He did uncredited rewrite work on Jurassic Park III, and he helped reboot Charlie’s Angels, Charlie and the Chocolate Factory, and Dark Shadows, which were all based on older intellectual property. With “universes” and “continuity” becoming major buzzwords in discussions surrounding the most expensive and high-profile films being made, August says that screenwriters have seen their priorities shift.

“Most screenwriters are essentially world-builders, and the nature of screenwriting is to create a universe in which these characters live, so that’s really exciting for screenwriters,” August says. “What can be a challenge is, we’re not supposed to be the marketing department: Here is your fixed film series that’s going to create this giant mega-franchise. That’s not what we’re most capable of doing. So it’s this weird blend of wanting to create the best two-hour movie you possibly can and having to sort of function as a TV showrunner, charting out the whole series, even though as a screenwriter, you’re only going to get paid for that one movie.”

This new mind-set for screenwriters changes the geometry of mainstream filmmaking. Think about it like this: A square is an even shape, balanced, comprehensible. But as you contort those boundaries, extending a corner here, adding a circle near the bottom, widening an angle somewhere else, the equations governing that shape become more complicated. Any one change must be accommodated elsewhere, otherwise it destroys the plausibility and consistency of the polygon.

With the emphasis on world-building a paramount task for screenwriters now, the shape of their scripts must be more complicated, by necessity. They have to leave room all over for the addition of new characters, plotlines, and possible worlds; they must conform to past precedent but occasionally rewrite inconvenient truths. This means that tight, gapless screenwriting — the kind that still characterizes the work of indie films and one-offs — is almost impossible in the world of big-budget filmmaking. Closed circuits can’t be re-exploited; they exist in isolation.

In the most optimistic outcome for its producers and creators, Terminator Genisys reignites public interest in the franchise, allowing a run on Terminator properties that can make everyone rich and busy for a decade to come. What might be even more likely, and what we can expect to see increasingly as these mega-worlds unfurl, is that the public only has so much of an appetite. Transformers can have a writers room, DC can chase Marvel’s universe, and Ghost Corps can try to grow a tree out of a 30-year-old seed. But who needs that much fruit?