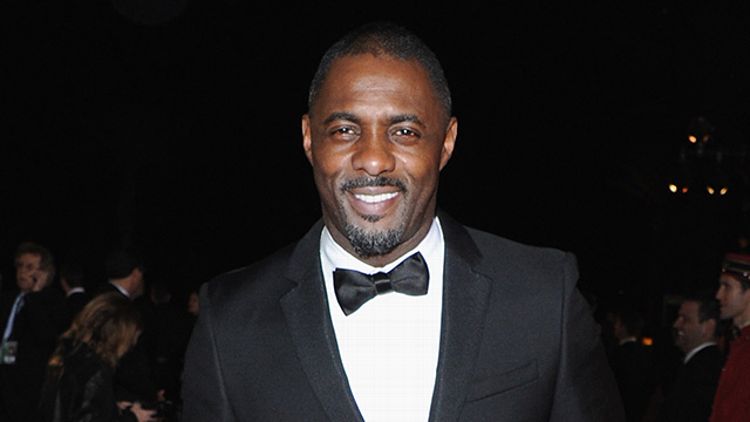 This happened over the weekend and no one cared and it didn’t matter.

My Bow makes my dick hard every time I smile…is that normal? pic.twitter.com/AI6k9TOGmu

Idris Elba, in case you don’t know, is a very unattractive man who gained fame from a show no one cares about, The Wire. More recently, he played the title character in Mandela: Long Walk to Freedom and stars in a show called Luther, a program on BBC that I assume is about Luther Vandross.

But back to this tweet that did not send 194 women I know to the ICU. He tweeted it out while a country was rightly focused on American football. It was almost as if he was trying to distract the public or something.

Even though I didn’t care, I developed an opinion about his tweet, one that was a bit more nuanced than the average reaction. Besides his crass subject matter, I really didn’t respect his sentence phrasing. If you can take your attention away from his attempt to shock for one second, it’s clear his tweet makes no sense.

“My Bow makes my dick hard every time I smile…is that normal?”

There are three important elements to consider in this sentence: (1) the Bow, (2) the erect penis, and (3) the smile. And, more importantly, the relationship between them.

What exactly is the cause and effect between the bow tie and the smile? As soon as he sees himself wearing a bow tie, does he automatically smile at his image, and thus develop a self-inflicted erection? If this is the case, the tweet should be:

“My smile makes my dick hard every time I wear a Bow.”

Another school of thought suggests it is the bow itself that causes the Idris Elboner, and his reaction to this “my body is changing” moment is simply to smile. If this is the case, the tweet should be:

“My Bow makes my dick hard, and then I smile.”

It’s all very confusing, but it doesn’t stop there. A very fair set of questions that I’m sure you’re also thinking about: Can Idris Elba get an erection without seeing himself smile? Can Idris Elba get it up if he’s not wearing a bow tie? Has he ever smiled sans erection? And, with all of that, can he become erect if that erection smile isn’t bow tie–inspired?

A mess is what this all is. And that confusion, not the subject matter, is what was wrong about his tweet during football that no one cared about, because no one is attracted to him or even knows who he is.

One last thing to note is that there are two big rumors regarding this tweet, both of which I’m starting right now and would appreciate if you passed on.

Steven Seagal Pretends to Mull Run for Arizona Governor, Pretends to Know What He's Talking About