A Buried Grave of Unsold ‘E.T. the Extra-Terrestrial’ Atari Cartridges Is a Thing That Exists 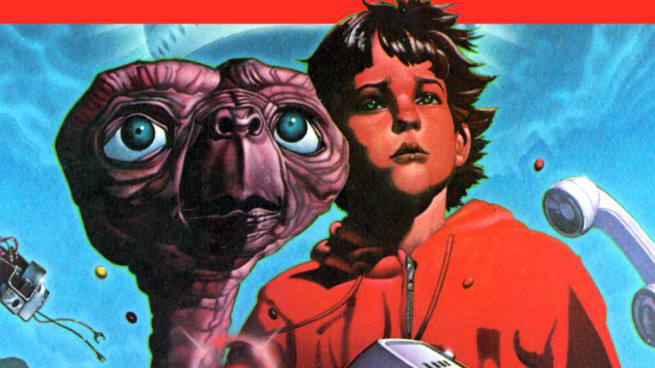 Atari may not have thrilled the children of the ’80s with its lackluster game E.T. the Extra-Terrestrial, but this weekend a new generation of children were treated to a headline that contained the kid holy trinity: video games, construction equipment, and a DeLorean. A crew in New Mexico unearthed a legendary cache of unsold copies of the notorious E.T. video game, in a dig orchestrated and filmed by producer cousins Simon and Jonathan Chinn for director Zak Penn’s upcoming documentary Dumping the Alien: Unearthing the Atari Graveyard.

Following a mass exodus of programmers, increasing competition, and financial overconfidence, Atari was already in trouble when it flooded the marketplace with the hilariously crappy 1982 release E.T. the Extra-Terrestrial. The game was designed by Howard Scott Warshaw, who can’t be blamed for its poor quality, because he was given only five and a half weeks to create the damn thing in order to land it on shelves in time for the holidays. (Warshaw also designed Atari’s Raiders of the Lost Ark; during that process, he roamed the Atari offices cracking a 10-foot-long leather bullwhip to stay in character.) The E.T. game was a giant — and expensive — failure, and after initial sales cooled off as consumers learned how unsatisfying it was to watch a pixelated alien fall through pits trying to eat candy, many of the purchased copies were quickly returned. E.T. contributed to the death of Atari and early-’80s gaming consoles, and so of course it was ceremonially (cheaply) buried in a landfill in Alamogordo, New Mexico, and covered with concrete. Because that’s what you do.

Unfortunately, the site was never used as a housing development occupied by the Poltergeist family, whose daughter, Carol Anne, would be forced to attempt to phone home while eating Reese’s Pieces to stay alive. Instead, the burial became known as an urban legend, despite verification from sources like, say, the New York Times, which in 1983 wrote that Atari had dumped “14 truckloads” of rejected games and equipment. Perhaps the “legend” part is in the details: While some speculated that millions of copies of E.T. were hiding out in this desert grave, the public excavation last Saturday has yet to reveal such an impressive amount. Still, it exists! How weird were the ’80s?!

Despite Coachella-like dust and a very limited soundtrack, onlookers tried to reassemble the crushed skeletons of youth’s disappointment, but most of them dispersed before the games actually turned up. According to the Associated Press, that climactic reveal was witnessed by “only a few dozen” of the estimated initial turnout of 200. And those who did stay killed time by “playing the infamous game in a makeshift gaming den with a TV and an [sic] 1980s game console in the back of a van,” while others “took selfies beside a life-size E.T. doll inside a DeLorean car like the one that was turned into a time machine in the Back to the Future movies.” Sometimes it’s pretty sweet to be a geek.

Now, where might we find the sarcophagus that houses Beat ’Em & Eat ’Em? Just asking for a friend.

Marvel Announces Wolverine Will Die, and Maybe It Will Even Count This Time