10 Years Ago, We Lost Luther. Here’s His Greatest Performance. 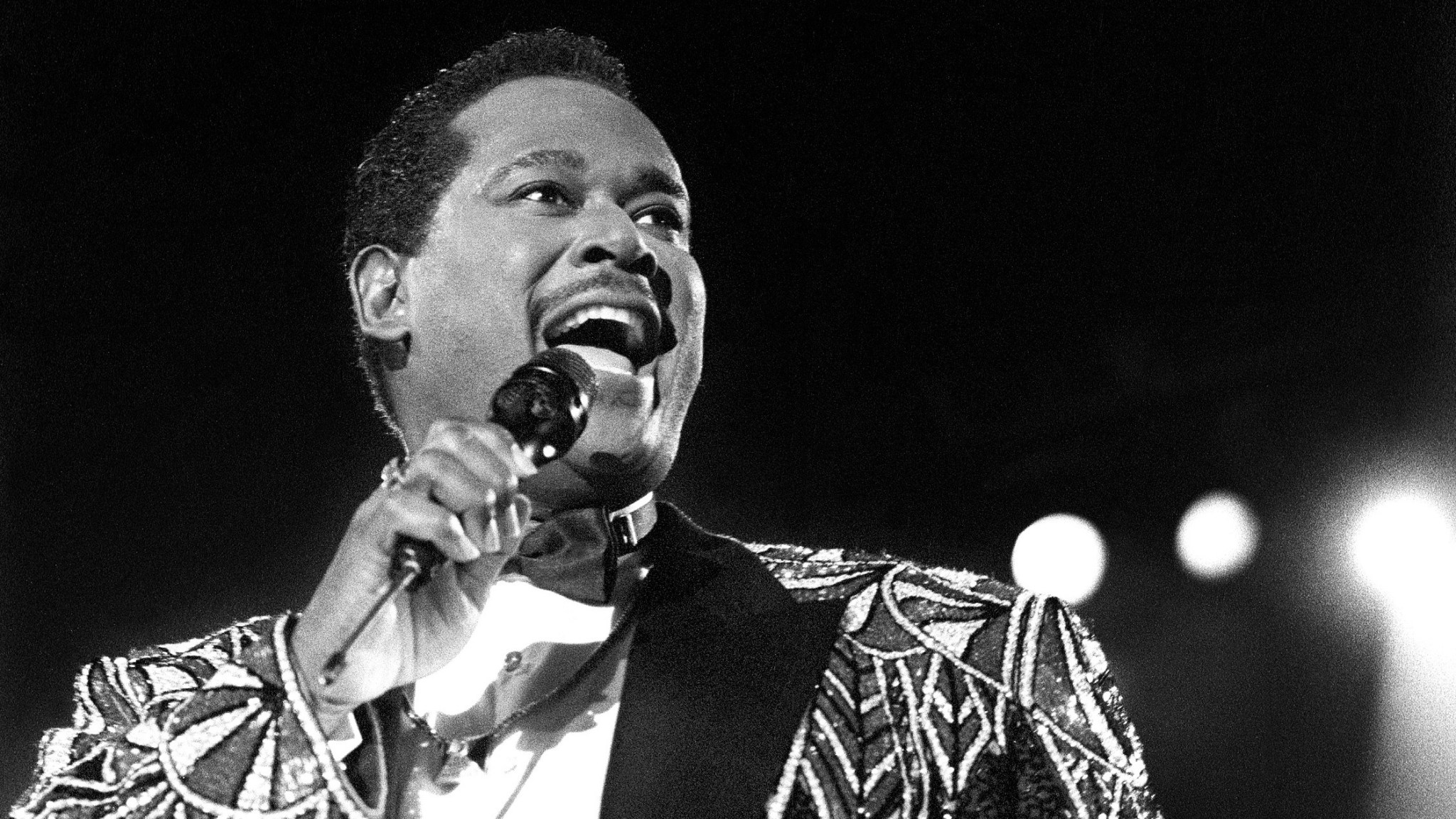 There’s this moment in The Original Kings of Comedy when Steve Harvey is so overcome with emotion by hearing Lenny Williams’s “Cause I Love You” that he throws an all-out grown-folks-cruise temper tantrum onstage.

I think of this reaction when I consider Luther Vandross, in life and in death. Ten years ago — July 1, 2005 — we lost Luther. His art is still so relevant, his contributions so massive, however, that there are times I forget he’s no longer alive. But when I remember, it makes me want to kick things.

Then I smile. Because my reaction to what he did while he was alive also made me want to kick things. Not out of anger, but — similarly to Harvey — out of that “We didn’t even deserve this gift, this is the best thing I’ve ever heard. Stool, meet my foot” feeling.

The pinnacle of this reaction comes when you watch him at the 1988 NAACP Image Awards. For almost seven minutes, Vandross performed “A House Is Not a Home.” And while I have no proof, no evidence, no advanced metrics to support the feeling that this is the greatest live performance of a song ever, I’m fairly confident about it.

There are many people you could argue have the purest, cleanest, most effortless voice of all time. And attempting to have that highly subjective argument in this space, at this moment, would be a waste of time. But when that moment comes and I have to make my case for Vandross, this performance is the only evidence I’m bringing to the table. Because it’s all here. It’s all peaking at once.

Watching Luther’s “A House Is Not a Home” at these awards is to experience someone in complete control. It’s overwhelming. There’s a total lack of self-doubt displayed. You don’t feel like you’re watching a man sing; it’s closer to someone giving a speech, a sermon. It’s so natural that there doesn’t seem to be any thought behind what he’s doing. And it’s a simple performance: There are no aids to give it an extra boost. It’s just Luther onstage, with one spotlight, one microphone stand, one microphone, singing to Dionne Warwick, singing for everyone.

Before he says an actual English word in the song, the amazingly humble-but-cocky bastard hits us with a belt, a run, and some scat, just to let us know what the next six-plus minutes are going to be like, with an implied Yes, you’re welcome. And within three seconds, he has the entire room in his palm.

These opening moments are Luther, the tease, at his finest. He’s like, “I know you want this song, but first let me remind you who you’re dealing with — notes, yeah, I got ’em, Young Vandross, the Osiris of this singing shit.” 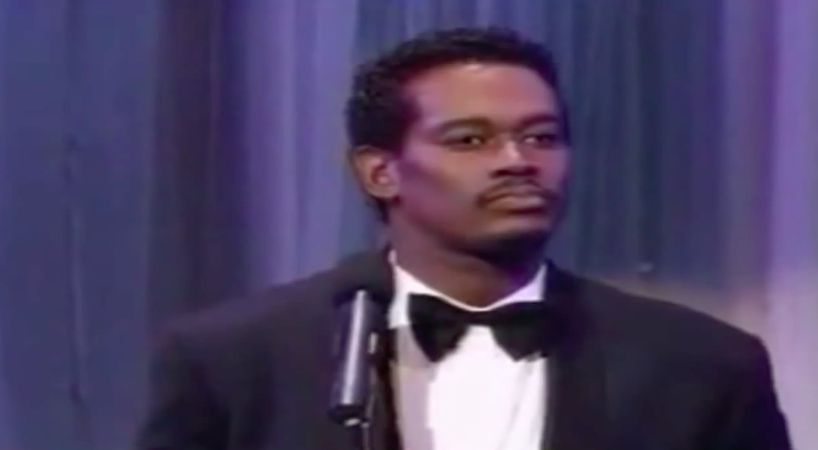 After singing the second line, he just stands there, letting a few seconds go by, soaking it all in. You have to be a special type of legend to take moments within a performance to just exist. But that’s what he did, because he knew what was coming next: He’s about to destroy a note. Just decimate it. The crowd also knew what was coming, but they didn’t really know what was coming.

Good lord, Luther. It’s not fair. Watching him gorgeously bark, “A house is not a home when there’s no one there,” you’d think he was giving an order to invade during wartime. He’s not playing around.

Word, Luther? With that curl, that full curl, you’re just going to stare out into the distance, lick your lips, and then start freestyling? Oh, OK. I see.

For some context, this is all part of a tribute to Dionne Warwick. And throughout the performance, many a late-1980s technological advance is shown off to remind us of this: 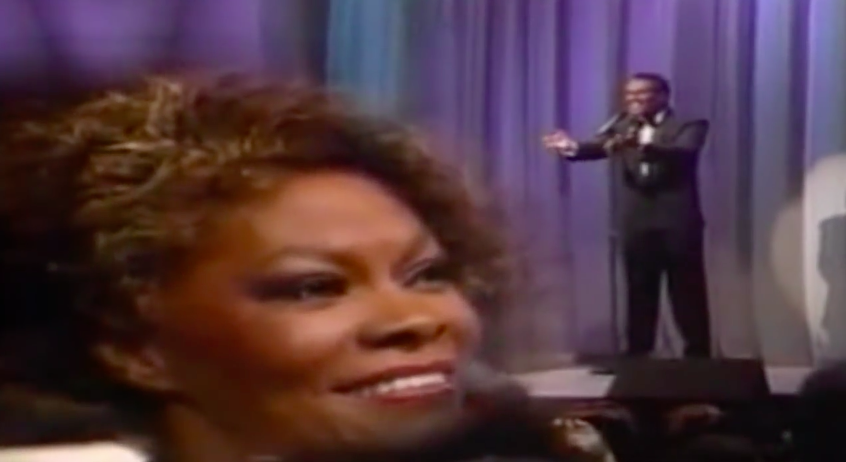 But this isn’t about Dionne. People aren’t talking about this 27 years later because Dionne was there. It’s because Luther left it all out on the field. He did classic Luther moves. He busted out a few risky maneuvers. He tried out new stuff. It’s like watching a figure skater carry out a high-difficulty routine, knowing they need to get a perfect score. But them also knowing, deep down inside, they’re about to get a perfect score.

So he did it all. Triple axels everywhere. In a tuxedo.

Beyond the vocal triumph that is happening onstage, he’s never looked cooler. He looks like a movie star, a member of the Rat Pack, Mister Steal Your Everyone. His charm is undeniable. Isn’t that right, Janet?

He’s so active — especially for someone who doesn’t move his feet — and is doing so many things most professionals could only dream of, that it’s borderline sport. It’s like watching Ali’s masterful footwork, Steph Curry’s you are not real shooting drills. And as the performance marches on, it’s clear Luther knows that Luther is in a class to himself. It’s Luther challenging Luther.

“Bet you can’t throw a no-no-no-no-no-no run in the middle of the song, just ’cause, thus getting 85 percent of the audience pregnant” Luther said to Luther.

No one could flip from the Right Reverend Vandross to the main event at a bachelorette party quite like Luther on that stage in 1988. And he’s not even done. He has so many more tricks left. So much of this was preparation for a trademarked Luther move, the full crescendo from the deepest reaches of his soul, building up to some Pavarotti Vandross. The move is a no-hitter, especially when he makes a production out of it, which he always did.

And he’s still got almost three minutes left. Which is crazy, because he’s already completed the EGOT in the first two minutes.

Once you get into Minute 4, that’s when this goes from a legendary performance to perhaps the best-ever performance. It is Minute 4 when the whole thing could technically end. He’s sung all the words. He’s gone above and beyond the call of duty of delivering “A House Is Not a Home.” But he’s got so much more to prove. And so begins one of the great two-minute teases to ever finish a song, a tease you wish never ended. 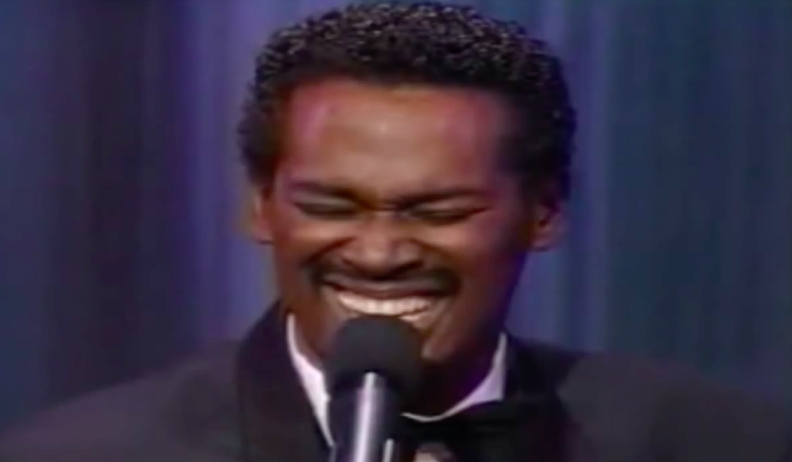 It’s reminiscent of that moment in church when a choir appears to be done with a song, but the organist doesn’t have the same plan and keeps on playing, giving it a few more verses of life, thus extending church into the one o’clock hour, causing you to miss kickoff.

Now we’re five minutes into the song, and Luther’s voice has not come close to fatiguing. He’s getting deeper into “King Kong ain’t got shit on me” mode, causing his voice to get even stronger. And all this does is make him push his own envelope even further.

At 5:20, the question of “Does Luther truly understand how good he is right now?” is finally answered. The answer is a resounding yes. At five minutes and 20 seconds, it becomes clear Luther is fully aware he’s the GOAT, because he just starts toying with us. It’s like watching the greatest prewritten freestyle of all time. The power behind him singing the word “baby” is startling. You see it coming out of his mouth, but you still can’t believe it’s real. Then he randomly starts singing “baby” repeatedly, picking notes out of the sky as he does so. And when he grows bored of that, he starts singing random phrases, semi-rapping at times, making it clear that this is all easier for him than breathing.

After all of this, Luther takes you down one final turn. He slows it down. Dionne starts crying. And right when he’s got everyone where he wants them — thinking it can’t possibly be any better — he finishes with that signature Vandross Earthquake.

May he always be remembered — not just on anniversaries, but daily — as one of the best who ever sang a note. He truly was a legend.