Who Does Bruce Kittle Think He Is?

John Cena and the Dark Side of the Force 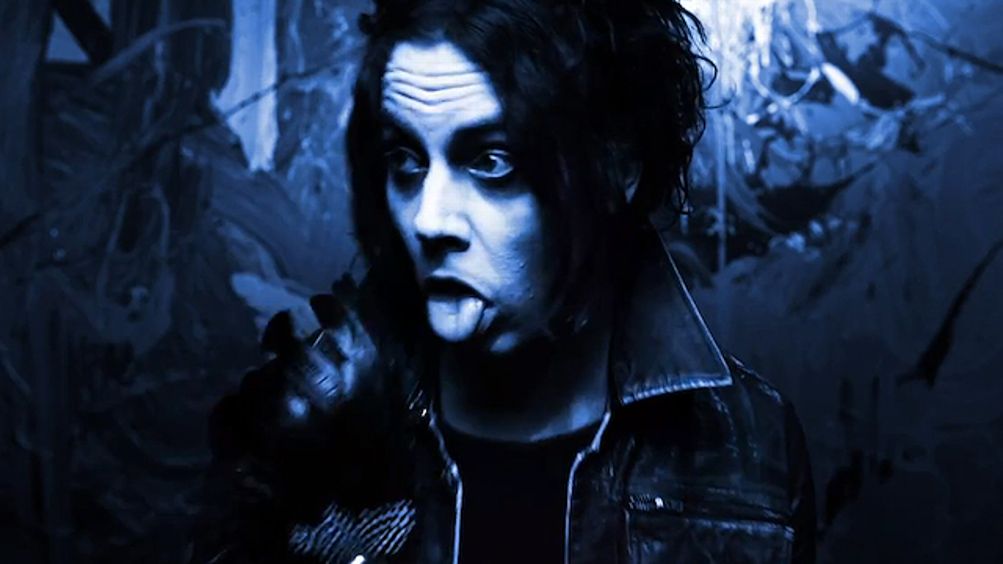 This is Jack White’s video for “Freedom at 21,” the third single from his debut solo album Blunderbuss. Its stars, in order of prominence: a 1971 “Sassy Grass Green” Plymouth Hemi ‘Cuda; gratuitous video-vixen side-boob; a hot-pantsed female highway patrolperson; industrial-pop singer Porcelain Black; White, in Mickey Mouse gloves, wailing about being a 20th-century boy vexed by 21st-century girls who won’t put their smartphones down; and, for some reason, Josh Homme as Smokey. It’s brought to you by the number three, the color blue, and renowned ostentatious-’90s-rap-video director Hype Williams, who’s maybe the last person on Earth you’d expect White to seek out as a collaborator, which is probably exactly the point. Releasing this song first on balloon-borne flexi-disc didn’t make sense either, except in a counter-sensical Jack White kind of way;1 sometimes a stunt is its own reward.

Regardless: Does this mean there’s a Hype Williams renaissance afoot? Can we use it as an excuse to will one into being?

When you type “Hype Williams” into YouTube, more than half of the first 20 hits are bling-free videos by Hype Williams, a supposedly mysterious bedroom-floor chillwave duo from a place called “London/Berlin.” They’ve gotten away with appropriating the man’s name and wearing it like an ironic Ninja Turtles tank top, which is odd, because Williams, 42, is not just still working, but busy. He has directed 10 Kanye West videos since 2005, and wrote the script for West’s 35-minute “Runaway” mini-movie;2 he’s found an up-for-anything heir to his onetime muse Missy Elliott in Nicki Minaj.

In Williams’s 2010 video for Minaj’s “Massive Attack,” Nicki is dressed like a child soldier who’s just liberated a Toys R Us, leading an army of pink-wigged fembots, and bombing around in a pink Lambo driven by Amber Rose — pure Hype, even before the helicopter chase.

But we’re a long way from the rap video’s mid-to-late-’90s Gilded Age, when Williams’s irresistible candy-paint aesthetic basically enabled hip-hop’s merger with the pop mainstream, and $2.4 million seemed like a totally reasonable sum of money to spend on a clip in which Busta Rhymes and Janet Jackson play sexy T-1000s. Kanye vanity projects and viral-sensation bids aside, we’re a long way from the age of the music video, period. People still make them, but for less, and usually with more modest ambitions. Hence clips like this one; apparently, when it comes to videos, even the Maybach Music Group balls on a Ford Fiesta budget.

Here is a sad quote:

“Mr. Williams, who once spent almost $1 million constructing a faux mansion in the style of ‘Citizen Kane’ in a New York shipyard for a video for singer R. Kelly, recently was given a $400,000 budget for a video for rapper Lil Jon,” the Wall Street Journal reported in 2006. “He filmed the rapper in front of a green screen.”

Aside from the budgets, it’s the pictures that got small. Williams builds a lot of his videos around mobile-device-friendly close-ups these days — more faces, more solid-color backdrops, more split screens and strobing imagery designed to pop off your smudgy iPhone and keep you from dipping out of YouTube to check your e-mail. Kanye’s “All of the Lights” really earns its epilepsy-trigger warning; Minaj’s “Stupid Hoe” flashes by like a dollhouse DMT trip. It’s bold, inventive work that only feels like a comedown because Williams built his rep by making rappers look bigger.

He was a graffiti writer from Queens — before it was his brand and his stock in trade, HYPE was his tag. Later, as a PA, he’d paint the Playskool-graf backdrops for TLC’s “Ain’t Too Proud to Beg.” He apprenticed under “Uncle Ralph” McDaniels, who was one of the first people to put rappers on television as the creator of Video Music Box, a New York public-TV show that predated Yo! MTV Raps by four years. He gofered on early rap videos like Biz Markie’s “Just a Friend” and Public Enemy’s “Night of the Living Baseheads,” then scored his first directorial credit in 1991, on Bytches With Problems’ immortal “We Want Money.” By the middle of that decade, he’d established himself as a director equally at home with gloss (the Notorious B.I.G.’s “Big Poppa”) or grit (the Wu-Tang Clan’s “Can It Be All So Simple”).

Before long he dominated the field, in part through sheer productivity. He made 31 videos in 1995, almost that many in 1996. It was a celebratory, indulgent moment in black pop, and Williams’s videos gave the new-money triumphalism of artists like Sean “Puffy” Combs (for whom Williams served as a kind of royal portraitist) a visual language, all polished surfaces and sun-gun lighting rigs gleaming off expensive shades. MTV president Van Toffler once praised him for “respect[ing] the culture of excess,” which is an odd, very MTV president-ish, but not inaccurate thing to say. But that’s not all Williams did. The clichés he rendered omnipresent and parody-ripe supplanted an older set of clichés — rappers rapping in stereotypically “urban” settings like stairwells or lowriders or vacant lots, circumscribed within an aesthetic ghetto. In conceiving visuals designed to compete with what Madonna and Aerosmith were throwing up, Williams set the music free to roam the world, gulp rarefied air, dream in color, and party on a yacht — or in the Thunderdome.

Williams also brought deliberate and overt surrealism into the rap-video arena, crafting expensive pop clips that out-avant-garded anything on 120 Minutes. Working closely with stylist June Ambrose — the Edith Head to his Hitchcock — he dressed Missy Elliott in inflated Hefty-bag plastic, and Busta Rhymes in a black vinyl straitjacket, a hundred-gallon Yosemite Sam hat, and Zamundan-king regalia. He turned Elliott into MegaMan and sent her into space to fight robots. He sent R. Kelly cruising through the ‘hood in a spinning-rimmed Batmobile and hung Nas and Puffy from wooden crosses, imagery that subsequently led Sean Combs to give Nas’s manager Steve Stoute some unwanted bottle service. He used and abused the fish-eye lens, which made performers look like they were about to bug right out of your TV screen, exaggerated them into characters who’d tunneled in from Toontown. Cartoonification suited Busta Rhymes and Missy especially well; whereas the flash of his Bad Boy stuff just echoed the music’s Robb Report content, his working relationships with Busta and Missy seemed more symbiotic, as if the centipede foot count of Busta’s rhymes had evolved to suit Williams’s visions of hysterical blackness.

The expectation was that he’d graduate to features. There were stories about him making a Fat Albert movie, which ended up getting made years later by someone else. He turned down a lot of easy-layup comedies, like Money Talks (which eventually went to another gofer turned rap-video veteran, Brett Ratner). He wanted to make something serious, a film based on the lives of kids he’d grown up with in Queens, which he’d write and direct. Belly was released in 1998; it starred DMX (who’s actually great in it, and went on to have a pretty healthy B-movie career for a while) and Nas (who sounds like Nas trying really hard at a table read, and went back to rapping).

You should really read all of King magazine’s fantastic 2008 oral history of Belly and the chaotic process of bringing it to the screen, but here’s the main thing you need to know: DMX claims his daily diet during shooting was an egg-and-cheese sandwich and an entire bottle of Hennessy, and he does not seem to have been the problem. Williams was used to the comparatively on-the-fly experience of making music videos; he burned through the movie’s $7 million budget and its 30-day shooting schedule, fought with the studio, delayed shooting of key scenes in hopes of securing name actors who never quite became available, and was thereby forced by time constraints to cut other key scenes that might have made it into more than the beautifully shot ‘hood flick it ended up being.

“It really did have some deep insight that was really overlooked or shot down or wasn’t even filmed,” said Anthony Bodden, who shares a story credit on the movie with Nas and Williams.

Counterpoint, from DMX: “Hype definitely had a vision. He had us oiled down. Every day, baby oil. Yeah, yeah. He wanted this shiny look.”3

Critics carped about style over substance, as they tend to do when video directors attempt a class jump, and between that and widespread bootlegging, the movie was doomed. And sure, it barely works as the message-y crime movie it wants to be. But it works really well as a Skittles-rainbow opium dream about black beauty. There is substance to the way Williams shoots a baby-oiled DMX making love to Taral Hicks. There is substance to Taral Hicks, goddammit. I know “You have to think of it as an art film” is the easiest cop-out in the world, but you have to. Here’s the thing: I have not thought about any aspect of the Harmony Korine movie Gummo since, like, the afternoon of the day after I saw Gummo, but I think about the inexplicable scene from Belly where DMX and Nas bug out to Gummo on a giant-screen TV while kicking it in a Kubrick-white dead-tech-postmodern house all the time.

After Belly, Williams started talking about his video career in the past tense,4 even as big-screen projects with his name on them surfaced, then sank — a zombie movie called Thrilla, a sci-fi epic called Mothership, a Crow sequel, a remake of Superfly, and the Speed Racer movie the Wachowski brothers ended up taking over and running into a wall. In 2001, Aaliyah died in a plane crash on the way back from shooting a video with Williams in the Bahamas; Williams was named as a co-defendant in a wrongful-death suit filed by Aaliyah’s family, which was settled out of court in 2003. Around that time, he all but disappeared from MTV for a while, although his output had picked up again by 2005.

Lately he’s become the go-to director for rappers and R&B singers looking to, um, pay homage to a major motion picture in a video. He’s artfully swagger-jacked Tom Kan’s word-storm title sequence from Gaspar Noe’s Enter the Void (Kanye’s “All of the Lights”), Inception (“6 Foot 7 Foot,” for Lil Wayne, who was a teenage Hot Boy when Williams first met him, in the ’90s, on Puff Daddy’s jet), and the trailer for Jean-Luc Godard’s Contempt (for Robin Thicke’s “Love After War” — a corny fashion-editorish concept shocked to life by Thicke’s wife, Paula Patton, who’s raw and furtive in the Brigitte Bardot role).

Anyway: We live in a world where a remarkably creative guy like Williams has somehow failed and failed and failed to make that David Fincher leap into movies, and that’s strange (mainly because you don’t have to be David Fincher to make that leap — see above re: Brett Ratner). But as of Monday, we also live in a world in which Hype Williams has directed a Jack White video. So anything is possible.