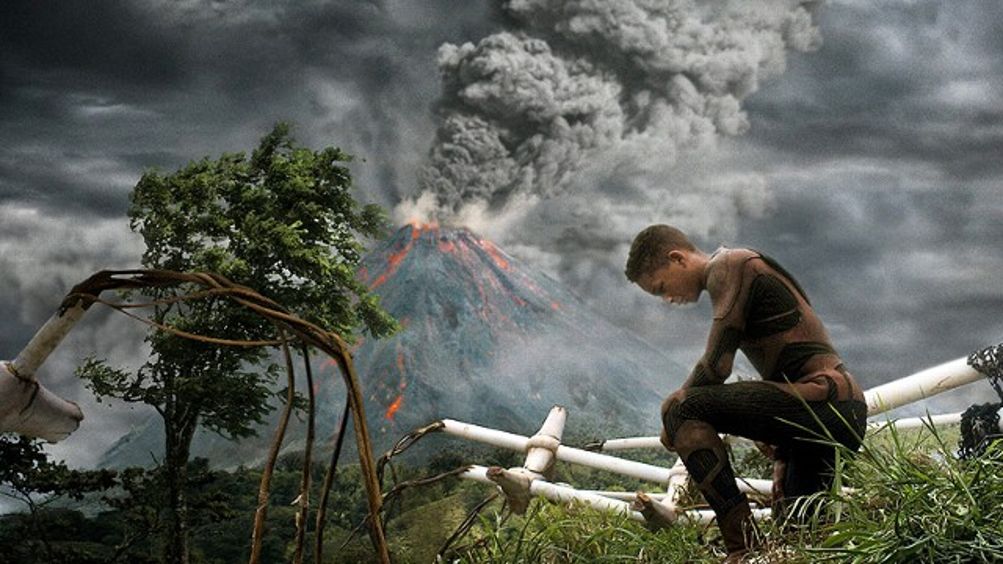 Back in March, speaking to Entertainment Weekly, Will Smith offered this explanation for his decision to pass on the title role in Quentin Tarantino’s Django Unchained, a part that seemed to be his for the asking: “Django wasn’t the lead,” Smith said, “so it was like, I need to be the lead. The other character was the lead!”

Smith says he begged Tarantino for a rewrite in which Django gets to kill the bad guy; instead — spoilers — it’s Django’s affable bounty hunter mentor, Dr. King Schultz (Christoph Waltz) who finishes off the brutal gentleman slaver Calvin Candie (Leonardo DiCaprio). Django (Jamie Foxx) does eventually exact bloody satisfaction of his own, avenging Schultz’s heroic death and the horrors of slavery in general by blasting what’s left of Candieland to kindling. But there’s a strong case to be made that Schultz’s and Candie’s deaths turn Django’s big payback into an afterthought — and that Django himself is ultimately just a device to get Waltz’s and DiCaprio’s characters to the table for that unforgettable banquet scene.

So was it a star’s vanity or a canny businessman’s perceptiveness that led Smith to pass? A little of both, probably. Maybe he just saw nothing for himself in the role; maybe he saw only a degree of subservience (to Waltz’s character, and to the workings of Tarantino’s story) he knew would be bad for a personal brand he’s managed more deftly than just about any other actor of his generation. I apologize for belaboring this Django issue, but I couldn’t stop thinking about it while watching Smith and his 14-year-old son, Jaden, in the drab, inert sci-fi adventure After Earth. Smith plays a stern, emotionally undemonstrative man who spends most of the movie strapped into a chair and watching things happen; another character is the lead. I can see him turning down Tarantino for any number of reasons — but for this?

It’s 1,000 years in the future, and as in last month’s Oblivion, humanity has abandoned Earth after a protracted war with an alien race. Mankind has relocated to a planet called Nova Prime and built awesome-looking Roger Dean–via–IKEA cities. It’s a nice place to raise a family and dress them in identical rust-colored jumpsuits, except that its indigenous life forms include Ursas, a species of blind Cloverfield-ish monsters who hunt humans by tracking the pheromones we produce when we’re afraid. Other than that, though? Totally logical place to build a space colony. Great job, mankind.

Smith plays a war-hero general who’s just back from a long tour of duty; when he returns to Nova Prime, he’s reunited with Kitai, the son he barely knows, played by Jaden Smith. I’m burying the lede here by not telling you immediately that Will Smith’s character’s name is Cypher Raige, which suggests that he’s descended from a long line of American Gladiators. Cypher Raige! It never stops being funny, which is important, because aside from that name and the fact that Smith’s chosen a future-guy accent that makes him sound like he’s workshopping a Shelby Foote impression, this is a profoundly humorless movie. I promise you that after a while you’ll come to cherish every utterance of the name Cypher Raige like a gulp of water in the desert.

Kitai’s a promising space-army cadet who can’t handle the battlefield. As a young boy he watched his sister (Zoë Kravitz, sort of the hood ornament on this parade-float tribute to nepotism) die a nasty death on the end of an enemy alien’s impaling claw, and he’s never really processed the resulting trauma, which is a liability because he’s training to fight creatures that can literally smell fear. People who can successfully banish fear from their minds become invisible to the aliens, a technique called “ghosting,” which is apparently taught using motivational Be Here Now–ish bromides about fear being a pure product of our imagination. My mind immediately went to the Bene Gesserit litany from Frank Herbert’s Dune books, although some people, noting the subtext involving the need to purge oneself of traumatic past experiences in order to move forward, have detected another sci-fi writer’s influence.

Anyway: At the urging of his wife (Sophie Okonedo), Raige agrees to take his son with him on what’s supposed to be a routine mission. They’re transporting an Ursa egg to a planet where it’ll be used in training exercises. One jankily CGI’d meteor shower later, the ship breaks in half — which isn’t surprising, since it looks to be made entirely out of cardboard, foam core, and nets, like something extruded from a 3-D printer — and crashes on guess which famous long-quarantined planet. Kitai and Raige both survive, but Raige has two broken legs and everyone else on the ship is dead. There’s a homing beacon they can use to hail a rescue team, but it’s in the ship’s tail section, which is at another crash site miles away.

This might be the most overtly anti-nature movie in director M. Night Shyamalan’s filmography, which is saying something given that Shyamalan once made a movie in which a global epidemic turns out to be the fault of trees.

Kitai’s the only one who can go get it, so he does. That Ursa from the ship’s cargo hold has hatched and is on the loose somewhere in the wilderness between him and his objective. But the more immediate problem is that without man to keep them in check, most of Earth’s animals have evolved into super-strong, bloodthirsty killing machines, just like Ted Nugent predicted. Aside from a few beauty shots of a world just teeming with wild buffalo and the like — designed to showcase IMAX’s ability to convey the bigness of very big things — nature is portrayed as redder in tooth and claw than ever. This might be the most overtly anti-nature movie in director M. Night Shyamalan’s filmography, which is saying something given that Shyamalan once made a movie in which a global suicide epidemic turns out to be the fault of trees. I forgot to mention Shyamalan’s involvement earlier; so too did the entire marketing campaign for this movie, which also downplays the fact that this is a Will Smith movie in which Smith lies around in a downed spaceship in stoic near-death while Jaden Smith runs around in the woods fighting lions and monkeys, doing a capable job of cycling from Scared Face to Determined Face to Scared-Yet-Determined Face.

It’s only nominally a Shyamalan picture, really. It has the fairy-tale beats he loves (monster lurking in crystal cave, kindly good-deed-repaying eagle, magical thing that has to be taken to the top of scary mountain), but they unfold according to a ploddingly linear video-game logic. Coscreenwriter Gary Whitta was the editor of PC Gamer and a story consultant on Gears of War and Duke Nukem Forever; if the film’s obsessive focus on equipment-inventorying is anything to go by, he may be its real auteur. And the twist is that there’s no twist, unless you count the title card at the end that reads “Story by Will Smith.” It was a vanity project all along! I can’t fault a proud father for suspending his I-only-play-leads policy to help build a big summer special-effects movie around his son, but After Earth does Jaden no favors — aside from that huge one, anyway.