Why the NFL Needs Tim Tebow 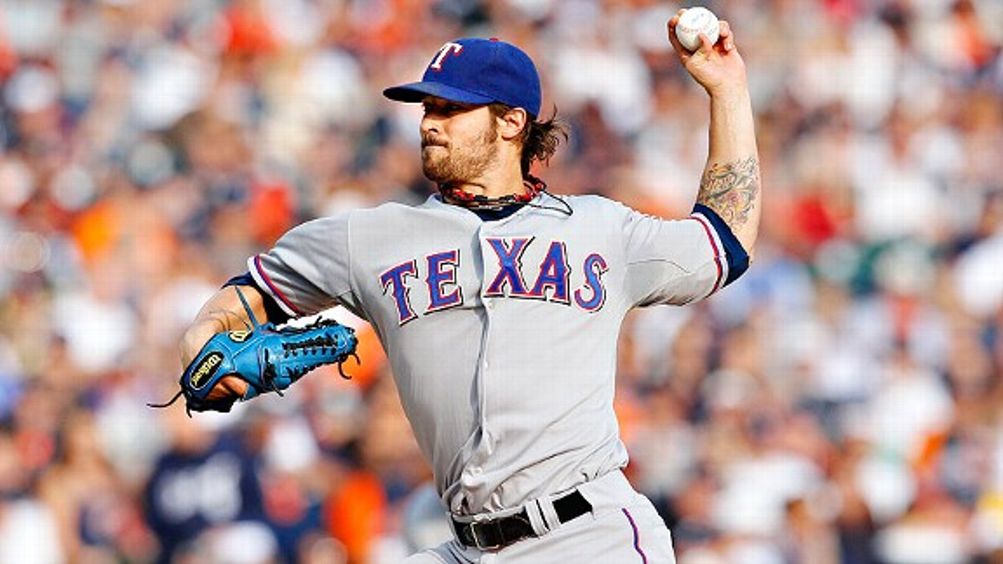 The best team doesn’t always win in sports. Short series give lesser teams a chance to steal a victory where 100 or 1,000 head-to-head games might not. But the smart money should still go on the better team. And the Texas Rangers are a better team than the St. Louis Cardinals.

That superiority starts with the Rangers’ offense. The Rangers’ two best hitters during the ALCS were their no. 7 and no. 8 hitters, Nelson Cruz and David Murphy. Murphy is a decent hitter who happened to have a big series. But Cruz is a legitimate power threat, a middle-of-the-order-caliber bat who bats seventh in the Rangers’ loaded lineup. He set playoff records for most homers in a series, most RBIs in a series (as much as you value RBIs), most extra-inning homers in a series, and presumably inspired more fear than any hitter since Jim Rice, who, as we know, was scarier than 70,000 Freddy Kruegers, which is why he’s in the Hall of Fame. Meanwhile, the Cardinals bat Yadier Molina seventh and either Nick Punto or Ryan Theriot eighth. Which is to say, a half-decent hitter followed by a second pitcher.

Even if you grant that Cruz probably should be batting cleanup, and that Michael Young — the new Derek Jeter only in the sense that he’s become the latest very good player to become overrated, because calling him very good isn’t quite enough for his admirers — should be batting somewhere else, what’s clear is that the Rangers lineup runs deep.

*Out of 103 qualified hitters

If you believe in hot streaks or that this was a down year, Murphy’s bat probably plays better than what he showed during the regular season. Give David Freese similar credit for a playoff breakout if you must, and give Albert Pujols, Matt Holliday, and Lance Berkman full marks for their excellent seasons. The Cardinals still can’t match those top-to-bottom threats.

Meanwhile, Elvis Andrus makes up for his lack of power with blazing speed and excellent defense. Along with Beltre and other plus glovemen, the Rangers rank among the game’s elite defensive teams. The Cardinals rank middle-of-the-pack, or lower, depending on your metric of choice.

The Cardinals were the eighth-best baserunning team in the majors this year … but still trailed the top-ranked Rangers and their speedy, heady runners by a wide margin.

Both teams’ starting pitchers have struggled during the postseason, especially in the LCS, despite the Rangers’ fairly solid regular-season results:

BREAKING DOWN THE RANGERS

Lewis will start Game 2 and, if necessary, Game 6, having allowed roughly two more runs per game at home than on the road this season, his home park exacerbating the league’s worst case of gopheritis. The Rangers’ three left-handed starters do offer an opportunity for a team that beats up on lefties; the Cardinals showed basically neutral splits this season. The Rangers also hit righties and lefties almost equally well, offering no particular advantage to either team.

But let’s say you want to favor the Cardinals’ rotation, owing to Chris Carpenter’s offering veteran ace experience and the kind of dominant performance in Game 5 of the NLDS that Rangers starters haven’t been able to duplicate. Except there’s this: Chris Carpenter makes his living getting hitters to chase sliders, and the Rangers simply don’t chase them all that often.

If St. Louis doesn’t hold an advantage with its rotation, what about its bullpen? Tony La Russa has replaced his starters early, played matchups aggressively, and neutralized opponents throughout the postseason with a mostly young, mostly anonymous ‘pen. But the only team that’s matched that St. Louis bullpen depth and quality … is the Rangers, who’ve got the dominant Neftali Feliz of 2010 back, with elite setup man Mike Adams (3.18 regular-season FIP for the Rangers) acting as their main bridge, Alexi Ogando snuffing out the middle innings, Darren Oliver (2.77) neutralizing lefties, and Scott Feldman (3.74) being so good as a long man that Ron Washington can start thinking about the ‘pen by the second inning if the slightest hint of trouble arises.

If the World Series devolves into a series of slugfests, the Rangers own an edge. If it comes down to which team can take the extra base, they likely win that battle. They’ll win with defense. They can match the Cardinals bullpen for bullpen, start for start. If the Rangers prevail, the World Series winner will be the better of these two teams, very possibly the best in baseball. At the very least, they’re the team with the fewest major weaknesses, which is to say none.

The Cardinals could win this series, because strange things can happen when you have a week to decide a champion. But the pick here is for the better team. Texas in five.

Previously from Jonah Keri:
How the Hell Do the Angels Keep Winning?
The Road Map for a Cubs Resurgence
Six Teams You Don’t Want to Face in the Playoffs