The End of Men

The End and Don King 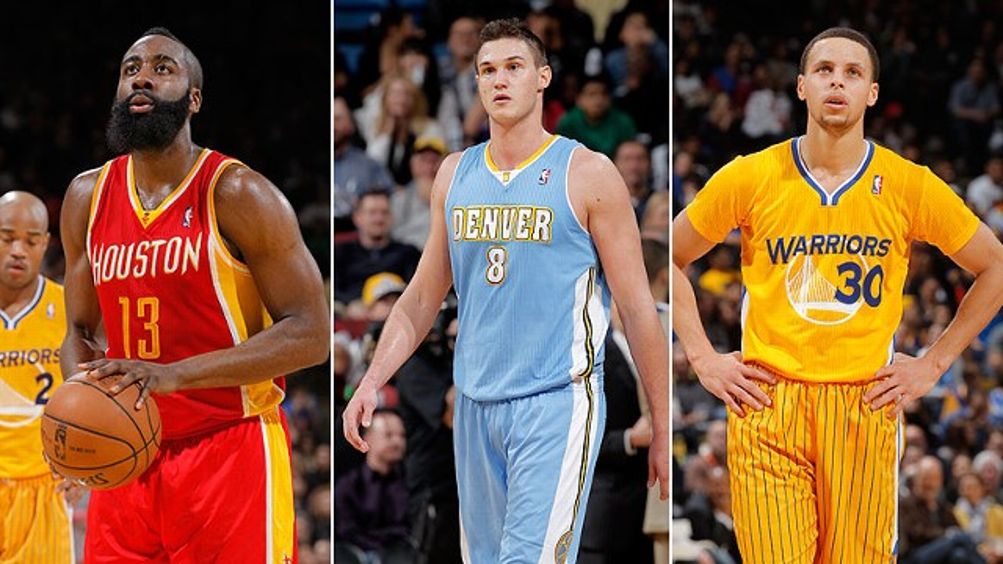 Every year, one NBA club assumes the position of ‘trendiest’ team in the league. Since only one team can win the championship, we have learned to construct an imaginary award for a young and/or newly assembled team that has made the proper strides to evolve into a ‘real contender’ in the coming years. This involves an evaluation of on-the-court performance and intangible team traits that embody the current high-end values of the NBA fan. Whether it works out for this team is another story. This process allows us to emotionally invest in ‘what’s next,’ while attempting to project what we think is a disruptive, provocative NBA model.

In previous years, the trendiest NBA teams have included the Oklahoma City Thunder, during Kevin Durant’s ascension and before expectations set in; the Washington Wizards, when Gilbert Arenas was overachieving as a basketball player and as a blogger; and even the Minnesota Timberwolves, for those few games when Kevin Love and Ricky Rubio shared the court last season. What makes ‘trendy’ teams? They’re fun to watch during the season, possess reasonable playoff expectations, and are defined by trendy elements that have transformed them into media-friendly subjects. They’re a respite from the same old contenders.

This year, the candidates are the Houston Rockets, Denver Nuggets, and Golden State Warriors. Here is a breakdown of the core values of these ‘it’ teams.

Now that NBA consumers understand the idea of having a ‘long-term vision’ for franchise evolution, a ‘smart, forward-thinking’ general manager is required. This is the person who assembles the team with smart draft picks, reasonable contracts, and an advanced system designed to minimize the risk in decision-making. Instead of committing luxury tax suicide to sell jerseys to tweens, constructing a team is now about ‘changing the culture’ by building around a top draft pick for whom you’ve strategically tanked. 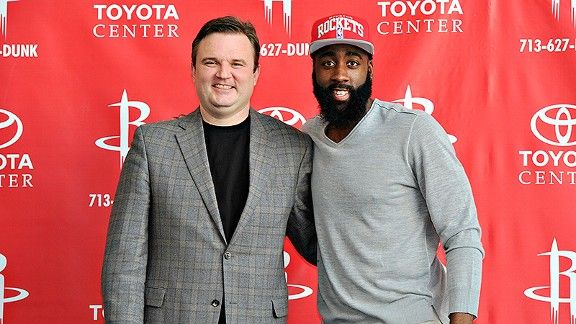 I’m not sure how modern statistics, video cameras, and real-time geotagged court positioning work, but I do know that Daryl Morey has locked down his spot at the forefront of ‘trendy general managers.’ To have a well-rounded brand as a GM, you have to be ‘new-school stat friendly’ while also making wise decisions with that information. Bad drafts, desperate contracts, and young stars defecting after their rookie contracts expire are indicators of a lamestream general manager. With a core group that consists of James Harden, Omer Asik, Jeremy Lin, and Chandler Parsons, Houston is finally more than just a bunch of trade assets showcasing their individual talent with hopes of being dealt.

It also probably helps to have cofounded a conference that now serves as the leading edge of sports analytics.

Core Value: Relatable Coach Who Used to Be a Member of the Media

NBA TV’s NBA GameTime during Kevin McHale’s tenure was probably the most underrated NBA studio since Inside the NBA‘s launch. He was affable and incisive, he always told his stories with a smile, and he had the résumé to back up any good-hearted chiding of the modern NBA. When he left to become coach of the then-unfinished Rockets, I was upset that the network’s weekday studio show would return to its typically impersonal style. At the time, it felt like he was arriving at a hopeless situation in Houston; now he’s at the helm of the year’s most exciting ‘high-octane offense.’ Unfortunately, his time running the Timberwolves into the ground will probably prevent him from ever being a trendy coach.

As great as McHale was, Mark Jackson’s reach as a commentator with ABC and ESPN was far wider. Therefore, it feels like his coaching ascension is even more inflated. Even though the former point guard was primarily identified as an offensive playmaker, from the very start he made it clear that his team would be dedicated to building a ‘defensive identity.’ I’m still not sure if that’s possible with Stephen Curry and David Lee as your two best players, but at least he knows how to act like a coach. He officially clinched this title in February in a game against McHale’s Rockets. His 1990s ‘old school’ identity was on full display when he instructed his team to intentionally foul the Rockets throughout the final minutes to keep them from securing the record for most made 3-pointers in one game.

To earn the league’s ‘trendiest’ title, a team must win the heart of the Internet and work to trend on a regular basis. The team must inspire a series of fresh content, from YouTube clips to revelatory statistic-driven think pieces that demonstrate the team’s unique identity at the forefront of NBA team-building models. Any team with JaVale McGee is a lock to gain coverage for arbitrary in-game acts. This automatically places Denver well ahead of the Rockets’ Rush Hour meme. Kenneth Faried has also boosted the Nuggets’ presence with his “Manimal” nickname, his “Manimal” style of play, and his “Manimal” appearance in the slam dunk contest. James Harden’s beard and Jeremy Lin’s Jeremy Lin–ness were meme sensations in previous markets, but the change of scenery has stripped them of their one-dimensional local appeal. This is better for their play and worse for their brands.

Golden State did its best to insert itself into the conversation by wearing jerseys with sleeves. Unfortunately, college sports have already taught us that uniform gimmicks are just free advertising for apparel companies and hideous style. Denver’s two marquee dunkers and its squadron-based team model’s success — inspired by the departure of Carmelo Anthony — might just make it the Internet’s team.

Part of the subconscious appeal of sports is connecting with the nostalgia associated with youth sports, back when we all believed that we could be as great as our favorite players, simulating the last-second shot in our driveways. Now that we’re older, our time-adjusted nostalgia has become more ‘realistic,’ and we can project ourselves into the roles of ‘smart players who always make the right play and bring a specialized skill to the table.’ While there haven’t been very many Larry Birds in basketball, we are always overeager to discover a new, quirky, moderately self-aware guy in the league.1

Last year, I wouldn’t have been able to tell the difference between Chase Budinger and Chandler Parsons. Both players may have been good at a few things, but they also might have just been trade pieces that were never going to pan out. This season, Parsons is not only recognized as a key contributor, but the second-round pick also doubles as a valuable contract. As of today, he is way more relevant than David Lee and Danilo Gallinari, who both had their opportunity to be ‘revelations’ when they played on the Knicks.

The Denver Nuggets apparently had the most difficult schedule at the start of the season, playing the greatest number of difficult games on the road, which got them a lot of buzz for ‘overachieving despite difficult circumstances.’ I guess that means we shouldn’t value their just-snapped 15-game win streak as much since they are finally playing weaker teams at home? If they are able to hold on to the fourth seed in the Western Conference, they could find themselves matched up against the Rockets or Warriors in the first round.

It’s easy to bet against George Karl when he’s coaching the favorite in the playoffs. But if the Nuggets come up against Harden, would they be able to overmatch the clear-cut best player in the series, who also happens to have more meaningful playoff experience than every player on the Nuggets roster? While the Nuggets have the best chance to advance, being considered the trendiest team only requires a memorable showing, even in elimination. If Harden drops 40 per game and takes the Rockets’ first-round opponent to seven games, Denver won’t matter.

It’s a shame that the Eastern Conference is so bad. There are no trendy teams, but with such a weak conference, the teams are ripe for inflated assessment. The Pacers. The Bulls. The Hawks. And the Nets. They will fool you. Perhaps these teams need savvier general managers, properly valued role players, coaches who can manage the media, or just a bunch of guys whose dunks will instantly trend on Twitter. That’s why we have to be thankful for the three franchises that will carry us through May and June. The Rockets, Warriors, and Nuggets are all ‘trendy’ in their own ways, but it’s clear that Houston has been the trendiest team since the beginning of the season. Signature signings, a major trade, and an overall rebranding that obliterated the NBA landscape: These are the things ‘trendiest’ is made of. In a world where ‘swag’ and ‘#YOLO’ are the fabric of NBA culture, the Rockets’ ascension to relevancy exemplifies a swag yoloness both on and off the court. You only live once, Houston.