Will Texas Man Up Against Oklahoma State? 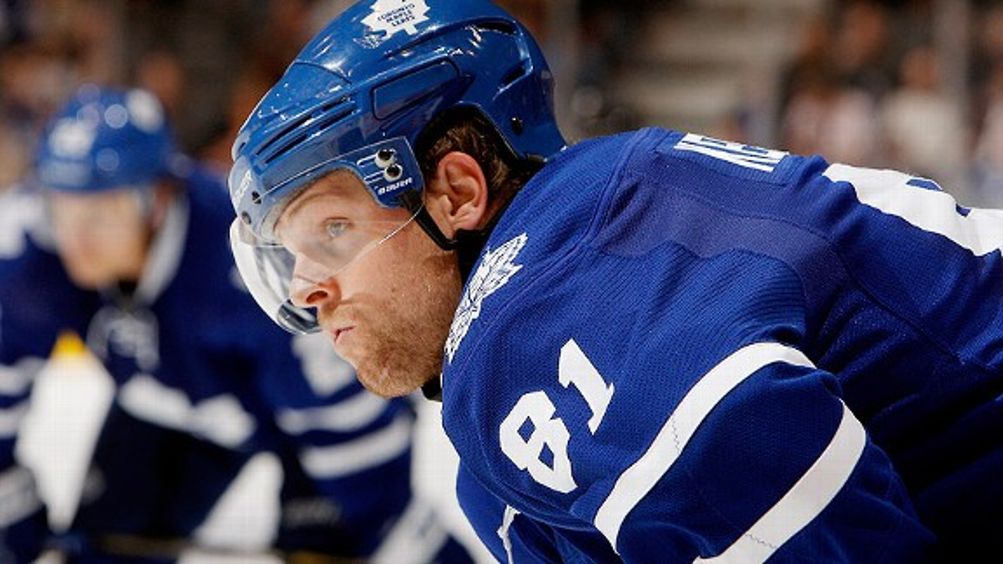 Ah, the glorious first week of a season, in which the most mediocre of teams can “be on pace” for unbeaten campaigns, third-line role players lead the league in any number of categories, and even the best goalies are one poorly timed stomach flop away from being labeled by loving fans as “absolute trash.” It’s been only a few days since the NHL dropped the puck, and I already feel like I’ve been watching hockey for months — probably because that’s how long the Bruins’ banner-raising ceremony dragged on.1

But the Bruins’ homecoming avec Cup was tarnished by the new-look Philadelphia Flyers, who killed the feel-good narrative with a 2-1 victory at TD Garden, one of several spoilers to take place in the opening games. Fans who excitedly packed European stadiums2 to see their native sons came away feeling like disappointed dads. Neither Saku Koivu nor his teammate Teemu Selanne, the 41-year-old “Finnish Flash” who is ostensibly on his retirement tour, were able to win in front of the Helsinki faithful, as the Ducks fell 4-1 to the Sabres. (The locals did get to see a younger Finn, Ville Leino, get a goal, though, so all was not lost.) Swedish sensation Henrik Lundqvist had numerous big saves in net for the Rangers in their pair of games in Stockholm, but he failed to pick up a win — the team lost once in overtime, and then again in a shootout. And then there was Winnipeg, where the home crowd got to their feet for a standing ovation as the game’s closing minutes ticked down. Can you imagine how they might have reacted if their team wasn’t losing 5-1?

On the other hand, there were storylines that appeared out of thin air in the opening week. Like Luke Adam, the 21-year-old who played impressively at the Traverse City NHL Prospects Tournament but was nevertheless expected to spend a bit more time in the minors before suiting up for the Sabres. Instead he made the roster out of the gate, and had two assists in the Sabres’ first game over in Europe and back-to-back goals in their second. Or his teammate, Thomas Vanek, who has five points after the Sabres’ two games, both of which the team won.

And then there’s Phil Kessel, about whom I had heard so much moaning from Toronto Maple Leafs fans going into this season that I, no joke, picked him up for my fantasy team in an effort to become more simpatico with the tortured psyche of Toronto. I figured it might help this column. Alas, Kessel did not live down to the hype, instead scoring a hat trick in the Leafs’ second game, a 6-5 victory over Ottawa also notable for Dion Phaneuf (legally) teaching Sens rookie Stephane Da Costa a lesson about playing heads-up hockey. The Leafs now stand at 2-0, and may never lose a game again.3

Other Undefeated!!! teams include the Flyers, whose goalie, Ilya Bryzgalov, gave the team its first shutout since April of 2010; the Red Wings, whose play has been so consistently dominant that it almost (unfairly) feels unremarkable; and Nashville, whose David Legwand came out to his own five-point start in two games. And then there’s the Pittsburgh Penguins, a team saddled with a rough early-season schedule and still without Sidney Crosby (and, for the past couple of games, Geno Malkin, too). Regardless, they’ve earned seven of a possible eight points, based on the strong play of guys like Kris Letang and Matt Cooke, who has so far made good on his offseason promise to become a more responsible player.

I’m biased, of course, but what the hell: My favorite goal of the first week belonged to Brad Richards, the Rangers’ expensive offseason free-agent acquisition. In New York’s opener against the L.A. Kings it seemed like perhaps they had ended up with the league’s lesser Richards — the Kings’ Mike Richards tied the game late in the third period and then assisted on LA’s overtime winner. But the next day, down 1-0 with only a few minutes to play in New York’s second game, against Anaheim, Brad tied things up himself with a sick short-side snipe that showed just what he’s capable of. (Though if you didn’t know better and judged only by the facial reactions of the Rangers coaching staff, you’d think he had scored on his own net.) For the Blueshirts, who last season could be totally impotent on offense,4 it was a welcome sign.

Other contenders: Edmonton’s Ryan Nugent-Hopkins’ first goal in his first NHL game,5 which tied the game with Pittsburgh and ultimately led to a shootout so exciting that even a Maple Leafs blogger admitted that “we need a phone tree this season in case Edmonton goes to the shootout.” … Vinny Lecavalier’s baseball-style batting. Get that guy a tryout with the Yankees! … and two goals resulting from gorgeous passes: the Bruins’ Tyler Seguin to Brad Marchand, and the L.A. Kings’ Justin Williams to Anze Kopitar.

Note: I’ve just been informed, and I feel I must share, that “Lamplighter” is the name of “the worst strip club I’ve ever been to in Worcester” (Mass.). Whether the unnamed-to-preserve-his-own-dignity person who told me that meant that he’s sampled all of Worcester’s wares or whether the “in Worcester” was extraneous information, I’m not sure. But hey, if anyone else has patronized a similar establishment with a hockey-sounding name, feel free to help me compile a list.

You have to feel a little bit sorry for goaltender Tomas Vokoun: While he upgraded teams in the offseason, going from the sad Florida Panthers to the stacked Washington Capitals, it can’t be too great to be the guy who is considered “the biggest steal of the summer.” A few eyebrows were raised when Vokoun wasn’t in goal during the Caps’ opening game, namely those of Allan Walsh, his agent, who told the Washington Times that “this can certainly be perceived as a slap in the face.” Vokoun got the start in Game 2 and responded by letting in five goals on just 28 shots, though he did rebound for several big saves in overtime and during the shootout, which Washington won. To his credit, he owned right up to his poor performance, saying that the team “literally won today without goaltending” and that “it was just an ugly, ugly, ugly game for me.”

Other contenders: It was an ugly, ugly, ugly week for certain media members, as well. Don Cherry used the first broadcast of the season to rail against former NHL tough guys who have come out with warnings about the dangers and drawbacks of fighting and head shots, calling Stu Grimson, Chris Nilan, and Jim Thomson “pukes,” “hypocrites,” and “turncoats.” Normally this would be the usual Cherrian nonsense, but it struck a nerve: The players are now threatening legal action if he doesn’t apologize.6 … On a day that should have been devoted to celebrating the rebirth of hockey in Winnipeg, the CBC crew instead felt it necessary to get in gratuitous digs about fans in Atlanta. Their mocking may have been better directed at the pathetic Atlanta Spirit ownership group. … On the other hand, Albany hockey fans are feeling wounded over being TOO passionate: A local sports radio programming director told the Albany Times-Union‘s Don Ferlazzo on Twitter to “#getahobby” when Ferlazzo called it a bummer that the station didn’t air more coverage of the Albany Devils, New Jersey’s AHL affiliate. (He has since “set the record straight.”)

Taking It Coast to Coast: A Look Around the League

(Note: I almost named this section “The Slickest Tongue in the League” in homage to an actual thing Pierre McGuire said on air about Steven Stamkos this weekend, but I didn’t think I could look at those words for an entire season.)

One annoying (and potentially dangerous) consequence of Brendan Shanahan’s iron fist when it comes to suspensions for illegal hits to “vulnerable players” has been the growing number of targets who turn their backs when they sense contact is imminent in hopes of drawing a stronger penalty. (We’ll call this move “the preemptive dive.”) The Ottawa Senators’ Milan Michalek did just that on Monday as the Minnesota Wild’s Cal Clutterbuck approached, and Clutterbuck, once back on the bench, made his frustration known: “Turn your back on me again and I’ll fucking bury you! I’ll fucking bury you!” he yelled. The Ottawa rink was so quiet that his words were picked up with sterling clarity on the TV broadcast. “He seems upset,” the broadcaster noted. I’m totally using that line the next time I get ignored by a bartender.

Spelling can be hard
Particularly when it’s
The word “banana.”