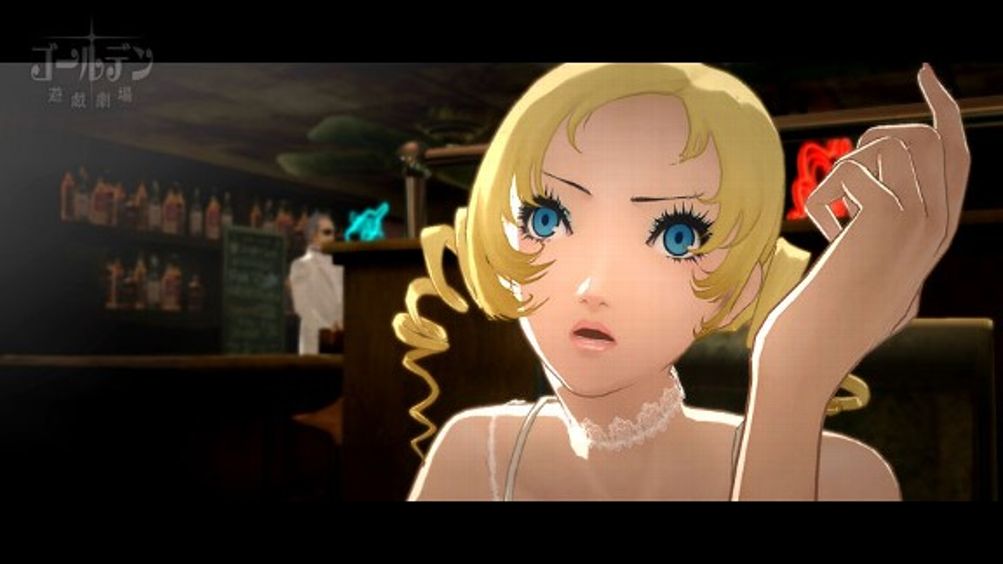 Video games, generally, are rarely very surprising. The trade magazines cover the big games with such proctological thoroughness in the months leading up to their release that, by the time they’re on the shelves, everyone claims to be sick to death of the “hype” behind Title X.1 This makes those rare occasions when you do find yourself genuinely surprised by a game all the more precious. The titles that most surprised me over the past couple years include From Software’s Demon’s Souls, a traumatically difficult hack-and-slash RPG that came close to ruining my life a couple of Christmases ago; and Access Games’ Deadly Premonition, which played like Resident Evil with a severe brain injury yet nonetheless delivered a video-game experience as charming as it was bizarre.

What has been surprising this year? In the world of console video games, not much. The games I expected to like, I mostly liked; the games I expected to dislike, I mostly disliked. I wound up enjoying Day 1 Studio’s F.E.A.R. 3 quite a bit more than I was expecting to, but I tend to be a pretty easy lay when it comes to first-person shooters, which I say with more sorrow than pride. Maybe the biggest video-game surprise of the year is the fact that Team Bondi went bankrupt within months of releasing L.A. Noire, but that, as they say, is just business.

I was, in other words, a little doleful that so much of the year had gone by without me finding my Demon’s Souls or Deadly Premonition. Then, last week, I finally got around to playing Atlus’ Catherine, which was released in late July. As with Hollywood, the video-game industry tends to use the waning weeks of summer as a place to dump its garbage in peace and quiet. Sometimes, though, smart developers will see late summer not as a landfill but a deserted arena, thereby allowing smaller, scrappier titles a chance to distinguish themselves. Catherine was well reviewed when it came out, but of the gamers I know, and I know quite a few (many of whom have wildly divergent taste), hardly any have played it. Allow me to unbury the lede, then: Play Catherine, goddamnit. Today.

Catherine2 is certainly a small, scrappy game, but neither word begins to do it justice. What word does do it justice? For starters, Catherine is a profoundly weird game, but a lot of games are weird. It is also an incredibly hard game, but a lot of games are hard. What sets Catherine apart is, maybe, the fact that it might be the sexiest video game I have ever played, a thought I put forth with caution and dismay. Historically speaking, “sexy” video games have tended toward Leisure Suit Larry-style puerility (or something far, far worse). Now, Catherine is a Japanese game, which means its “sexiness” comes to us with all manner of footnotes, codicils, and preambles. There are times when Catherine‘s “sexiness” feels profoundly retarded and times when it feels vaguely illegal. Play this game in front of your girlfriend, as I did, and prepare yourself for several long, interesting conversations.

Catherine is about an emo, douchey, yet surprisingly likable thirtysomething named Vincent, who lives in the “America” that Japanese game designers excel at getting so fascinatingly wrong.3 Vincent has a girlfriend named Katherine, but he is unsure about committing to her and prefers hanging out in a bar called the Stray Sheep with his equally young, emo, douchey friends. One night, he cheats on boring, predictable, straitlaced Katherine with Catherine, a hot and hopping-mad pixie who is into (I think — the game only hints at it) the enthusiastic exploration of her anus. We are, I remind you, talking about a video game, and a fairly sophisticated, nuanced one at that.

A lot of you are probably wondering where the game part of Catherine comes in. That might be what is most remarkable: There’s hardly any game, properly speaking, in Catherine at all. The cutscenes are long and frequent, but Catherine knows its cutscenes are long and frequent and does not care. You “play” Catherine in two kinds of situations. The first is whenever Vincent gets a chance to walk around the Stray Sheep and talk to people, retire to the bathroom to look at the dirty cell phone pics Catherine sends of herself, drink alcohol, and respond to texts. The second is when Vincent falls asleep at night, which plunges him into an odd nightmareland in which he has been transformed into some sort of half-man, half-sheep hybrid and is forced to climb up an increasingly challenging set of spatial puzzles based on the manipulation of blocks. The whole thing feels like Haruki Murakami’s Q-Bert: A Novel.

The larger plot of the game involves a surprisingly absorbing and even thought-provoking exploration of fidelity, gender difference, responsibility, and the fear of fatherhood. Vincent has nightmares because he is a cheater, and as the nightmares go on, you realize that almost every guy in the game is a cheater, and you begin to encounter them, too, in similarly sheepified form, in your nightmare puzzle world. These unfaithful boy-men are scared and confused, and, as Vincent, you have the chance to comfort them. If you fail to do that, they start disappearing from the bar, for if you lose faith and die in the nightmare, you die in real life. Occasionally, a giant butt monster or demon baby chases you up the block puzzles. Other times, the game asks you questions, like, say, whether you would be willing to let your significant other look at every cell phone text message you have, or how you would respond to news of her infidelity, after which it reveals how everyone else who’s played Catherine responded. (These answers help determine how, exactly, the game’s emotional endgame will break.) And sometimes Catherine‘s narrator breaks in, apropos of not much, to recite goofy trivia about whiskey, sake, and beer.

Obviously, Catherine is not going to be for everyone, but anyone who fails to be impressed by its audaciousness and sneakily hidden variety should be willing to entertain the possibility that the problem lies not with Catherine but themselves. Right about now, everyone who plays video games is getting hit with the flak and shrapnel of half a dozen shooter franchises, and with new Modern Warfare, Battlefield, and Uncharted titles on the horizon, the bullets are going to keep flying for months. For me, Catherine became less a game than a much-needed foxhole in which to hide from that stuff for a little while. Above all, it serves as a bracing reminder of how much there remains to be done and said and explored in the video-game medium.

Previously from Bissell:
Video Games Killed the Video-Game Star
The Art and Design of Gears of War
Death Can Be Funny
Beyond Angry Birds: The many pleasures of iPad games
Press X for Beer Bottle: On L.A. Noire