Can Florida State Get Past Clemson and Join the National Championship Race? 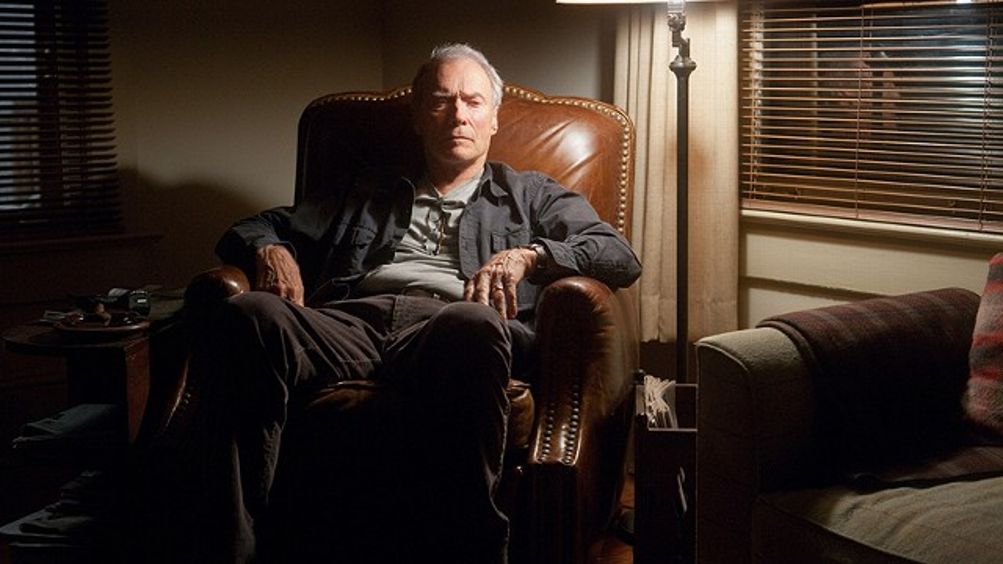 In addition to being our finest contemporary describer of Joe Biden — “Kind of a grin with a body behind it,” he said in Tampa — Clint Eastwood has, unpredictably, become one of our most reliable sources for movies about sports in the 21st century. There is a harmony to this. The sports movie is nearing what feels like the bottom of a long decline.1 The genre has lost a step to reality. There is no screenwriter yet brazen enough to invent Rob Gronkowski. Tim Tebow has been in the NFL for just over two seasons, but character arc–wise we’re already somewhere around Tebow V. J.R. Smith’s Twitter account makes Holy Motors look like That’s My Boy. Ron Shelton cannot touch Kevin Love’s Instagram game.

And then there’s Clint Eastwood. Also arguably in decline. Almost certainly now more interesting off the screen than on it. Hunter Thompson himself might have balked at writing a scene like the one that unfolded in Tampa last month: an ocean of angry social conservatives chanting “Make my day!” at an actor too engrossed by the empty chair next to him to notice the Ennio Morricone music playing him off. I’m almost positive Eastwood says, “We don’t have to be mental masochists” around the 10:50 mark of this tape. We don’t have to be mental masochists. Dirty Harry said that.

Trouble With the Curve, out Friday, is Eastwood’s third sports movie in the last 10 years. It follows 2004’s Best Picture–winning Million Dollar Baby, which Eastwood directed and starred in, and 2009’s Invictus, for which Eastwood delegated his now-familiar role of lonesome patriarch to Morgan Freeman’s Nelson Mandela. Eastwood’s newest film also marks the first time since 1993’s In the Line of Fire that he’s been directed by someone other than himself, though just barely: Trouble With the Curve is the feature debut of Robert Lorenz, Eastwood’s longtime assistant director and production partner.

Like a lot of sports movies today, it’s barely about sports at all. Eastwood plays a gnarled baseball scout named Gus Lobel, a salty dog straight out of Moneyball‘s outmoded gang of Hawaiian shirt-clad prospect hunters. His eyes are going; maybe his judgment is going too. His younger rival, Phillip Sanderson, played with weaselly frat-boy malevolence by Matthew Lillard, is trying to edge him out, using as his weapon that great sword of modernity, a computer. Amy Adams, returning to theaters just one disorienting week after The Master, plays Mickey, Gus’s daughter, a career lawyer who works Saturdays and owns a BlackBerry — craven movie shorthand for “needs a man in her life.” Justin Timberlake wanders through as a washed-out prospect turned scout turned aspiring announcer — his home run call is the stuff of terrible SNL sketches. Gus’s last shot before pasture is a trip to North Carolina, where he’s sent to evaluate a potential no. 1 draft pick. The prospect may or may not have trouble with the curve — Sanderson’s computers and Gus’s sandlot third eye disagree. You can probably guess who turns out to be right in the end.

It’s a strange place these days, Eastwood-world. He’s now beloved not just as the Man With No Name but as the auteurist director who has spent the last 20 years of his career unwinding his own bloody masculine myth. His later films tend to dwell, often at length, on the consequences of the violence his earlier films stylized so memorably. Before Tampa he was sort of above reproach: the Last Real American, making the last real films about America. He rolled movies off studio lots like cars off Ford factory floors: speedily, under budget, without a ton of flash or hassle or pauses for fits of artiste-style pique. Actors and executives spoke with awe about how quickly and painlessly it all happened. And then it was onto the next one.

Talking to a chair on national television and appearing in the wobbly Trouble With the Curve — the very first scene of which depicts Eastwood’s Gus lecturing his own prostate in graphic, pleading detail — within the span of just four weeks will do Eastwood’s sterling reputation no favors. Nor will a later scene in the film, in which Eastwood is called upon to overcome a trembling bottom lip to serenade his dead wife’s tombstone with a whispery, threatening rendition of “You Are My Sunshine.” Audiences will mourn, if not necessarily for what they’re supposed to be mourning.

Eastwood may well be making movies about America, but they’re not exactly about this America, the 2012 one that we live in.

The question, I guess, is how anomalous all this stuff is: whether, in the cruel modern way, we are being treated to the live-streamed humbling of an 82-year-old man or whether, as Eastwood suggested on Extra the other day — “I figure if somebody’s dumb enough to ask me to go to a political convention and say something, they’re gonna have to take what they get” — this is all more in character than we’d like to admit. Trouble With the Curve shares a lot of themes with the other Eastwood films of the past decade: a father estranged from his child; the angry suspicion of cell phones and other objects that need to occasionally be plugged into walls in order to work; the ambient sense, without giving too much away about this new movie, that there is evil in the world just waiting to visit itself upon those who deserve it least.

Eastwood may well be making movies about America, but they’re not exactly about this America, the 2012 one that we live in. They are about war and boxing and Detroit, about tragedy and apartheid and J. Edgar Hoover. He’s telling us stories about how we became who we are. But his grip on who exactly we are, in 2012, can feel shaky. Which is how you end up with a movie like Trouble With the Curve, where basic things like computerized statistics and the notion that women might actually be genuinely fulfilled by a 70-hour workweek are nowhere in evidence. It’s also maybe how you end up imagining ghost Obama telling hypothetical Romney to go fuck himself in front of a live audience of millions.

So the zone of unreality that surrounds Trouble With the Curve isn’t totally uncharacteristic for Eastwood, who tends toward blunt, one-take territory anyway, that slightly fantastic place where the past and the studio set meet. But Trouble With the Curve‘s distance from the sport it ostensibly depicts is also in many ways symbolic of the problem facing sports movies today. Just yesterday Bryan Curtis wrote on this website about the modern phenomenon of shows like Hard Knocks and The Franchise and ESPN’s own 30 for 30 documentary series, which have combined unprecedented amounts of access with the opportunistic lessons of reality television to narrate the living, breathing world of sports in ways it has never been narrated before. Curtis presented the existence of these shows as a problem for word-based journalists who are, both in terms of storytelling technique and levels of detail and access, increasingly being left behind by their TV counterparts. But the 24/7ing of sports is also a challenge for filmmakers, who have struggled to find ways to tell fictional stories that can compete with the real-life spectacles viewers can see on television and Twitter whenever they so choose.

Perhaps we want to hear a different story now anyway — one that involves not Team USA’s inevitable run at a gold medal but the team dinners along the way; one that’s not about the lone heroism of men like Carmelo Anthony but the hero-ball style of play he has come to represent; one that cares more about what the punter of the Minnesota Vikings thinks about gay marriage than what exactly he does on the field. Just as artists like Kanye West have increasingly chosen to perform in public, in the whole wide sphere of human reality, rather than confining themselves to mere records, so, too, have athletes embraced or been sucked in by the demands of modern celebrity, where what you do within your sport may make you famous but what you do outside of it is what makes you a hero, a villain, or a style icon. It’s probably no coincidence that one of the most successful sports movies of the last several years was Moneyball, the main character of which was not a player but an executive and — even more abstractly — one with a novel, island-of-misfit-toys way of thinking about the game.

Nor is it a coincidence that Trouble With the Curve is basically a response to Moneyball, a feature-length redemption project for the bricks-and-mortar scouts the latter movie casts aside in favor of Bill James–style stat wonkery and Jonah Hill’s necktie-and-hoodie ensembles. Eastwood is a conservative in the artistic sense too: Even today, when he is so exquisitely attuned to the flaws of the old way, he can’t help but mourn its decline. Right now it’s hard not to feel the same way about him.