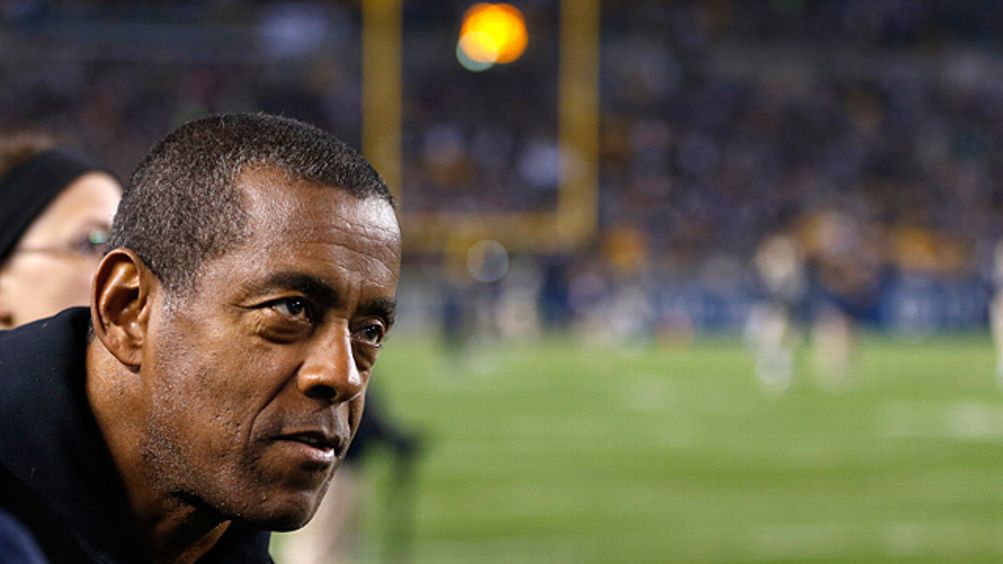 Would I do it all over again?” Hall of Fame running back Tony Dorsett asked himself in a recent interview with CNN’s Wolf Blitzer. “Yes.”

Dorsett, age 59, had only days before been diagnosed with CTE, chronic traumatic encephalopathy, a degenerative brain disease. He has been suffering memory lapses and noticed changes in his personality. “I’ve been taking my daughters to practice for years,” he said, “and all of a sudden I forgot how to get there.” His daughters also wondered which version of their dad they would see each day: the father in a good mood, or the father in a bad one. They told him that sometimes they were afraid of him. Who are you? Dorsett began asking himself. What are you becoming? He went to the UCLA Medical Center for testing and was given the bad news. In the remaining years of his life, he will get worse. He will not get better.

About two months ago, I was in Dorsett’s hometown of Aliquippa, Pennsylvania, 20 miles northwest of Pittsburgh. Aliquippa had been the home of the Jones and Laughlin Steel Company, the largest integrated steel mill in the world at one time, stretching seven miles along the Ohio River. As industrial America grew explosively through the first half of the 20th century, the town grew with it, from a population of fewer than 2,000 in 1910 to more than 27,000 just 30 years later. Then our economy globalized, the mill was sold, and in 1984, virtually overnight, 90 percent of the workforce, more than 8,000 people, lost their jobs. Today, fewer than 10,000 people are left in Aliquippa, suffering the ravages of living in a former steel town, with nowhere else to go and nothing to do but to stay. On Franklin Avenue, among beaten-up buildings, is the B.F. Jones Memorial Library. If Andrew Carnegie of Pittsburgh and U.S. Steel could build libraries all over the country, the descendants of Benjamin Franklin “B.F.” Jones surely had to build one in Aliquippa. It remains a gem, as if dropped out of nowhere.

After World War II, the rest of the country was moving into new, clean suburbs and nice, clean office jobs. To them, the dirt and danger of Aliquippa was to be pitied. But to Aliquippans, these were the good times. Fathers had jobs at the mill; sons and grandsons joined them. Mike Ditka, Doc Medich, even Henry Mancini grew up here in those years. Dorsett, an emerging football and basketball star at Hopewell High School in the 1970s, experienced the last of the best of this time.

“Would I do it all over again?” It is a cruel question for anyone. To answer “no” is to deny all we’ve done and all we are and those who are most important in our life, who have loved us, helped us, believed in us. “No” also means that the one chance we get in life we’ve wasted. If the possible answers to Dorsett’s question are “yes” or “no,” the answer, proudly, defiantly, protectively, must be “yes.” And if it is “yes,” the last defense for football leaders, after ignorance and nonchalance, after denial, after inconsequential change, becomes choice. Players have a choice, and it’s theirs and theirs alone to make. Who, after all, has the right to stand in the way of that? But what is the choice offered, and who frames it?

The choice is not only football or no football. If Dorsett had a grandson who played the game, I wonder what Dorsett would hope for him. He might hope that his grandson would achieve all that Dorsett himself had achieved, and enjoy all the deep, treasured emotions a sport can bring. And he might hope that at age 59 his grandson would be mostly healthy, living with only a little more than the usual bodily wear and tear, so he could feel for a full lifetime the joy and pride he has earned. There is a third choice: football, or hockey, or any sport with many fewer head injuries.

Coaches and players are not only among the most competitive people on earth, but also among the most creative people on earth — because they are so competitive. They never stop dreaming, scheming, searching for better ways to win. Challenge the best, most respected of them to come up with a safer, smarter game that is just as exciting to play and to watch. Challenge them, because they will find it. Offer Dorsett’s grandson a real choice, so that at age 59 if he asks himself the question his grandfather asked, “Would I do it all over again?” he can answer “Yes,” and not have everyone who hears him cringe and feel sad.