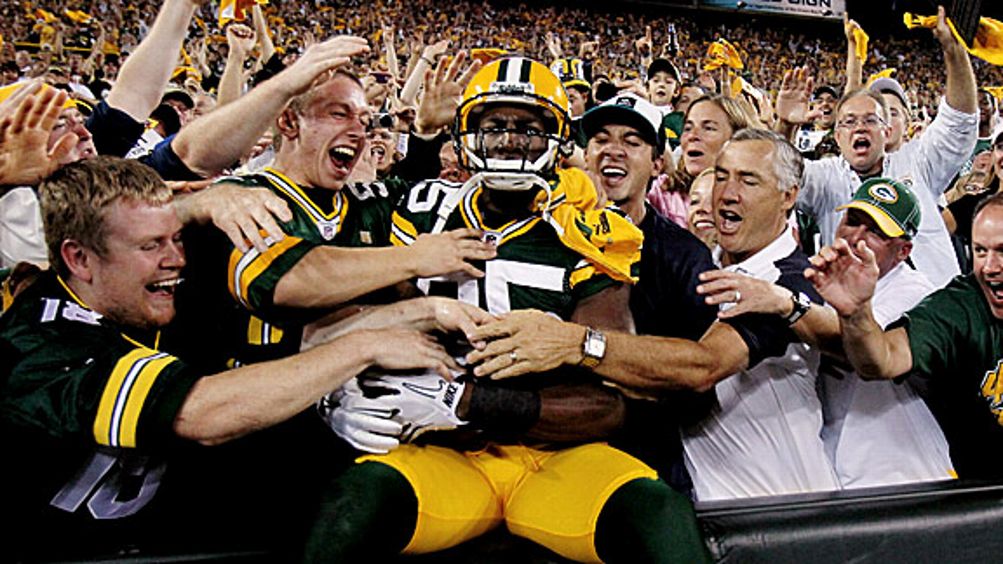 Who has a shot at the Lombardi Trophy?

With our massive, four-part preview of the NFL season finally complete, it’s time to apply the research from the preview to the real world. Well, as real as Vegas can be.

All 32 teams had only seven weeks to get their act together. The Sports Guy knows this could spell trouble for just about everyone.

Bill Simmons and Cousin Sal look ahead to the NFL season and guess the lines for Week 1.

In Search of the Most Depressed Fan Base: September Edition

Over Labor Day weekend, 10 of the ablest minds at Grantland briefly stopped typing their own names into a Google search bar and devoted themselves to a sad question: Which city’s fan base is enduring the roughest stretch in sports right now?

There is too much attention and praise showered on the modern elite quarterback. The Tom Bradys, Peyton Mannings and Aaron Rodgers of the league are celebrated as genius demigods, just because they can make split-second decisions and deliver precise passes while being chased by gigantic men who spent an entire week figuring out ways to injure them. Blah fucking blah.

Swimming With The Sharps

Hey you, yeah you with all the disposable income. You know what stimulates the economy? Casual sports gambling! But we’re not throwing you in the deep end without some floaties, here.

Are you ready for some football gambling?

Filed Under: College Sports, Grantland, NFL, Sports, The U