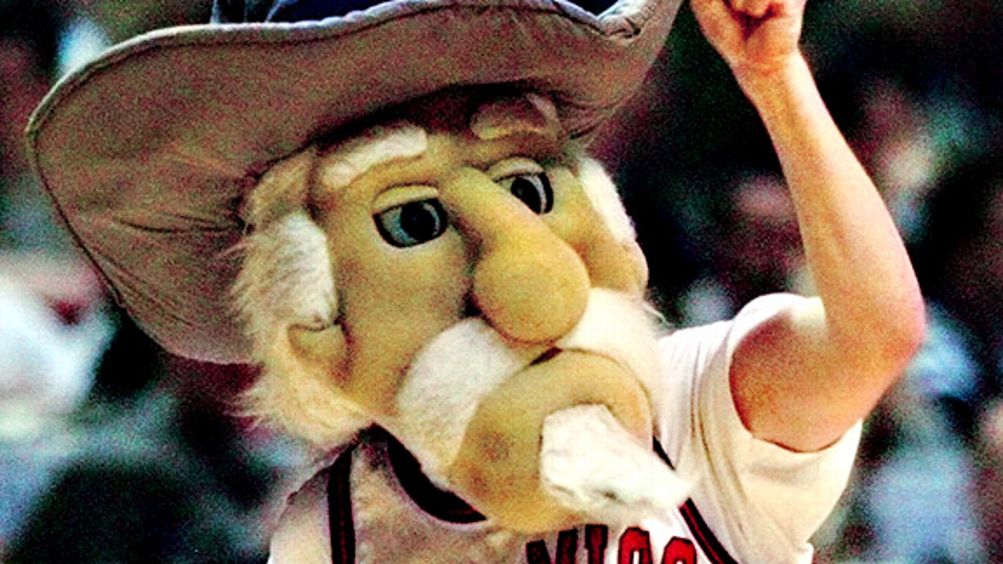 That was the game, and the game wasn’t worth the electricity used to televise it. The important thing was the tailgate, because the tailgate is what I really went down to Oxford to see. I went to Oxford to see the tailgate because the tailgate was something I needed to see. I am increasingly impatient with college athletics in general, and with the big-time spectacle sports in particular. I’m tired of the obvious charlatanism of the concept of “student-athletes,” which long ago had soured into simple exploitation and a barely concealed notion that the academic mission of a university is just something that occasionally gets in the way. I’m tired of empire-building coaches and what can happen when the empire starts to crumble, as we are seeing unfold at Penn State. I have more and more moments in which I feel that life would be so much simpler if I just chucked the whole thing and stuck with the pros.

Then I think of David Stern and his asinine lockout, and I throw something against the wall, and I am just as confused as I ever was.

In a place like Oxford, even when the team stinks and the program is literally falling apart, empty Saturdays are unthinkable. Outside, in the country at large, there is a terrible feeling of fragmentation, of things coming apart. In a place like Oxford, they have a long, sad experience with what can happen in this country when things fragment and get out of control. That is why the tailgate is important. It is a community that is reliable without necessarily being hidebound, a kind of continuity that is not necessarily anchored to the bloody past. It is what they mean when they talk about home games.

In Oxford, they tailgate in The Grove, a lovely spot in the middle of the campus. By nine o’clock on Friday night, they have staked out their spots, and by noon for a six o’clock start the tents cover the entire green space. There are tents with satellite television, so Ole Miss fans can watch Mississippi State get the hell beaten out of it by Arkansas, which is as close as the Ole Miss folks will get to a win today. And on the dusty paths between the tents is Colonel Reb, and every fan, it seems, from every tent — Ole Miss and LSU — wants to get their picture taken with Colonel Reb.

Colonel Reb is the mascot the school abandoned because of his long association with the politics and culture of racial segregation. (The school also discouraged the waving of the Confederate battle flag at games for the same reasons.) Push some people in The Grove a little and you hear a lot of talk about how Ole Miss had abandoned its “tradition” and its “heritage,” but very few of those people are honest about what that tradition and heritage mean in history. The Cause is not lost to these people, because too many of them think they know where to find it.

The Colonel and what he stands for even have come to complicate the search for Houston Nutt’s successor. There is a thinly veiled campaign by a number of rich alumni — and abetted by a conservative radio gunsel named Lee Habeeb, who moved to Oxford from New Jersey — to present the argument that everything went to hell, not because Houston Nutt didn’t recruit well, but because the school … wait for it … abandoned its traditions and its heritage. Tangling up an already difficult process with the memory of the worst moments in the school’s history is a devil’s game. The university brought in Archie Manning to head the committee to look for the new coach, and if Archie Manning can’t bring sanity and comity to the process, nobody can.

Meanwhile, Colonel Reb walks down the path. Mothers hand him their children to hug. He is attended in his travels by a young man who hands out stickers reading, “Colonel Reb Is My Mascot.” The young man’s name is Sam, and Sam is a black student.

“To be honest,” says Sam, “I can see why some people would be upset, but, to me, I don’t think the students are upset.”

I spend a couple of minutes tamping down my anger at the devotion being lavished upon the sad detritus of American apartheid. And then I move on out of The Grove and up a hill past the Lyceum where, in 1962, while the Rebels were finishing their season undefeated, a full-scale insurrection occurred over the enrollment of James Meredith, the first black student. There’s a lovely memorial there to Meredith, and I remember that, when I was down here a year or so ago for graduation, black students would rush to have their pictures taken at that memorial, the faces of their parents, who likely lived through those times, shining with pride. And then I go back to the tailgate, my tailgate, again.

The tailgate that brought me to Oxford is not in The Grove. It’s on the edges of a parking lot behind the home side of Vaught-Hemingway Stadium. It is run by Wright Thompson, whose words occasionally festoon the various platforms of the ESPN empire, and his mother, Mary, from whom you can tell in two minutes’ conversation why exactly that is. Literary Oxford comes to this tailgate. Today there are two novelists, the great chef John Currence, back to being an LSU fan for the day, and the staff of Square Books, the best bookstore in the United States. The conversation is as smooth and sharp as the whiskey is.

As the sun went down, I went off with Wright’s uncle in what would be a successful quest to cadge some grapefruit juice for the vodka. I began to feel a twang of guilt in my heart for my quick, reflexive anger at Colonel Reb in The Grove, and not simply because I remembered what happened back home when integration came to the schools of Boston. These people, the ones at this tailgate, were the ones who came through the awful days of the 1960s and discovered a pride that did not depend on imagined superiority, and a strength that did not depend on brutality, and a humanity that did not give way even to the contempt of their neighbors. That is why the Meredith statue is there. That makes all the difference.

William Faulkner, from whom Oxford draws so much of its life — and one of his in-laws was at the tailgate, too — is often quoted to the effect that the past is not over, and that it is not even past. Irishman that I am, I prefer what Mr. Joyce said about how the past is a nightmare from which we struggle to awaken. The country awoke. James Meredith won. Colonel Reb lost, no matter how many fans he still has.

The people at this tailgate, and so many other people like them, names lost to time now, whipped him like a dog, forced him to an Appomattox of the soul. That’s what the tailgate means — a better place, an earned peace, and a sort of battered grace. Sooner or later, they will hire a football coach here, and he will win or lose and be judged purely on that. The people presently raking the dead wounds of a vanquished past will fade, as they blessedly do. We are a people of great ambivalence here in America, but we usually find a way.

Previously from Charles P. Pierce:
The Brutal Truth About Penn State
The Decline of Horse Racing
The Beginning of the End for the NCAA
My Memories of The National