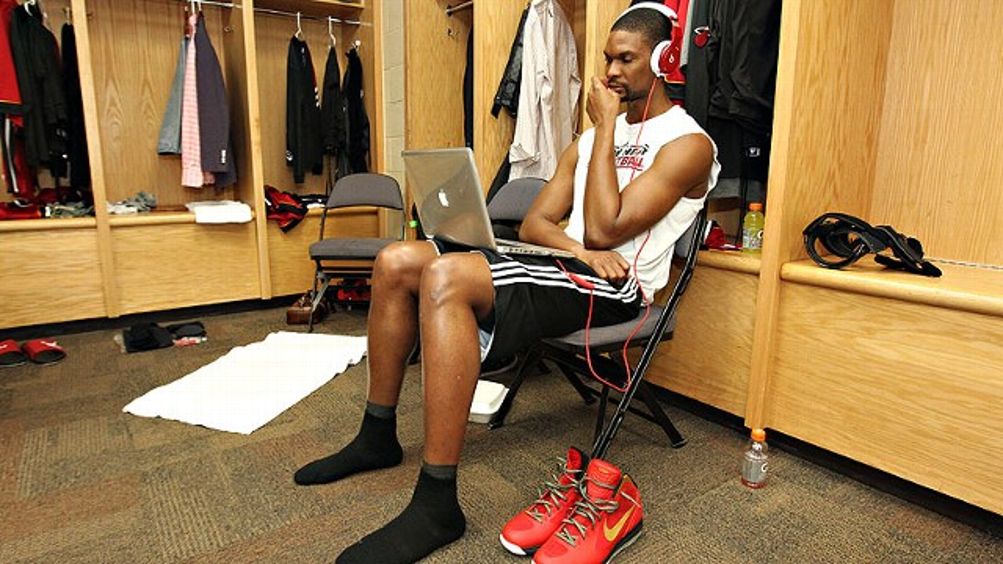 The most anticipated NBA season in years launched last week, and it feels bittersweet to be reunited with the best night-to-night entertainment a sports fan could ask for. This year feels different, like the stars have finally aligned, allowing the league to finally engage with more than just avid fans. There’s something about a modern NBA fan’s routine that syncs perfectly with our overconnected fight against loneliness and boredom. During the NBA season, if you’re following the right people on Twitter, you’ll never feel alone between the hours of 7 p.m. and 1 a.m. EST.

This year, it certainly feels like more eyes are on the league, with its biggest stars entering their primes, team rosters loaded with talent, and interwoven story lines fueling more interest than ever from ‘the casual fan,’ who probably prefers the NFL. But for the past few years, being an NBA fan felt like a special brotherhood, a secret club of Internet friends hanging out every night, participating in well-informed, humorous, and sometime passionate discussions about the league. Wait, no, that sounds like some geeky Internet message board full of people who care too much about something that they don’t actually have a direct connection to. I guess the nice word for this social phenomenon is “the blogosphere.”

The NBA blogosphere, like any niche, was a place where blogs could get specific in their coverage and individual voices with innovative takes on the game could emerge. Even though it was on the Internet, there was a more human connection between the content provider and the audience. After so many years of direct reporting, statistical analysis, and play-by-play breakdowns, it began to feel like the “decently informed conversation with a mix of humor” brand had become our established media paradigm.

For a while, the avid NBA bro fell in love not just with the product, but with the grind associated with following the league. There was something funny about feeling like one of only seven people in the world watching a game between the Bobcats and the Kings on League Pass. Now, it feels like television networks have effectively leveraged social media to make that experience accessible to everyone. In a way, the NBA seems to be ‘the most Twitter-y’ sport, especially when every team or player has at least 82 opportunities to trend on Twitter. We’re so integrated into hashtag culture that we can selectively ignore the encouraged hashtags that networks flash onscreen during a television program to encourage people to participate in ‘the discussion.’ We don’t need the tips.

It’s a fun cycle, but we’re all so familiar with it now that it feels pretty mainstream. Player makes sensational/horrible play. Video is uploaded to YouTube. ‘Influencers’ share link, form opinion in 140 characters or fewer. Tomorrow, the old people talk about it. The day after that, we write backlash trend pieces that attempt to tie it to a large societal trend or theme.

Since the turn of the century, we’ve experienced two awkward phases in the NBA’s evolution. One: We, as fans, had to figure out how to use the Internet as not just a place for discussion, but as a relevant metric for gauging fan interest. Two: The league itself struggled as it searched for a clearly defined alpha dog. While the NBA will always be more interesting to casual fans with figures like LeBron James and Kevin Durant as the faces of the league, it feels like smaller markets are better positioned to function as local brands rather than just another pit stop for Superstar X.

It feels like we’ve finally arrived at a place where the NBA’s fan-product relationship has been properly optimized. But I’ll miss the awkwardness, when we were all just figuring it out. Loving anything during that awkward stage strengthens your bond, but will also steer you toward the elitist indie attitude that is so often a byproduct of consuming culture on the Internet. You are misled into thinking that it actually belongs to you, when it’s actually better for everyone when the maximum amount of people can enjoy it. Just 10 years ago, the Internet was a resource for new information, a complement to what we were reading in the local paper. Now even local beat reporters are bloggy. We’re at a point where the established media tone makes everything feel less organic, and somehow way more predictable.

I’m going to miss the NBA’s purgatory, dating back to the 1999 lockout. It’s similar to our concept of the Internet before YouTube — we no longer have vivid visual memories of the time before that. Everything felt flat and static, but these days, the NBA is a media-rich league. Meme culture has permeated NBA coverage. Back then, it felt like players were less aware of their place in the hierarchy of media perception. If you think about it, Ricky Davis’s triple-double rebound-off-his-own-basket stunt makes JaVale McGee feel completely contrived, or at least forced down your throat by content farms. Sometimes, it feels like the only natural player flaw that we can still mock is Nick Young’s eternally horrible shot selection.

We are saying good-bye to the golden era of the NBA for the avid supporter bro, back when we shared zany GIFs and videos for the love of the game. Now we also have to consider the ‘mainstream media’ and determine what they’re stumbling upon on the Internet. The content farms that exist just to strategically filter lost sports fans to their sites are a testament to the information-accessible revolution that blogs enabled. It’s also pretty degrading for ‘the purity of the digital game.’

Sports content farms that are search-engine optimized to show you the “52 Times When Russell Westbrook Should Have Passed the Ball to Kevin Durant in a Late-Game Situation” or “10 GIFs of the NBA Players Most Likely to Do Something Zany During a Game” are probably a good thing for the casual fan. But they also disenfranchise hyperconnected fans forced to watch the memes they loved marginalized into generic web content.

The rise of any realm of the blogosphere means the rise of the singular, independent voice. I’ll miss the NBA’s awkward transition decade and the Internet media evolution that prepared its demise. I’ll miss the early days of the NBA blogosphere, even though many of those blogs have established new opportunities for talented people. Even though we’re seeing an established media tone on aggregated blog networks, large-scale content farms, and the ‘bro it down and break it down’ voice that is widely used on television, I’ll always remember that it came from the formative, now-extinct NBA blogosphere. But I guess none of that really matters to the casual fan, anyway.