Blue and Gold and Red All Over

The Most Fun Team in Baseball 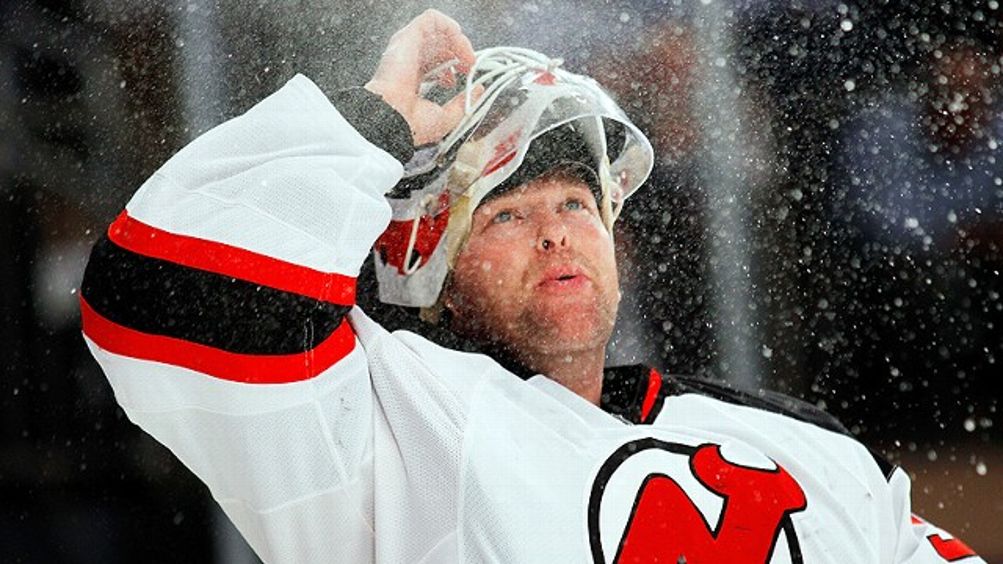 The strongest of all warriors,” wrote Leo Tolstoy, “are these two — Time and Patience.” The novelist wrote that as part of War and Peace, and though perhaps he was just encouraging the book’s weary readers, I suspect what he was truly referring to there was championship hockey. Sure, the sport may not have yet been a thing in his country in the mid-to-late 19th century, but this is Tolstoy we’re talking about. He’s always been a prescient guy.

Up on the interview podium following the New Jersey Devils’ Eastern Conference finals-clinching victory in Game 6 at home over the New York Rangers sat Time and Patience both. Next to one another were the two faces of Time: rookie forward Adam Henrique, who at 22 years old had just scored his second series-ending overtime goal of this season’s playoffs, and goaltender Martin Brodeur, whose birthday in early May made him the only goaltender to appear in the postseason as both a teenager and a 40-year old. Watch out how you throw around that statistic, by the way, because it’s liable to throw out your back.

“Marty,” began one question after another — eight out of the first nine, by my count. “Marty, do you remember when you beat the Rangers four straight couple of years ago?” “Marty, can you describe what the third period was like with the saves, with the poke checks?” “Marty, there’s been a lot of expectations placed on groups of years past … ” “Marty, how fast did you skate to the [victory] pile?” (That last one did go on to be a bit more inclusive: ” … and Adam, what did it feel like to be under that pile?”)

Patience, in the form of the Devils’ Zach Parise, sat gamely to Brodeur’s left while all this went on, looking less like the captain of a Stanley Cup finals-bound team and more like a fringe presidential candidate overlooked at a debate. By the fifth question or so, his easy smile showed signs of tolerant strain. By the ninth, things were just getting awkward.

And then, mercifully, a respite. “Zach and Adam,” someone finally began, the first acknowledgment that Parise was even in the room. “Can you just address how well you guys feel like Marty played, has been playing throughout this playoff, even at the age of 40?”

The Devils and the Kings are the two lowest seeds (sixth and eighth, respectively) to be meeting in the Stanley Cup finals. Much has been made of this fact, leading to a backlash of sorts that seedings have grown irrelevant and no one paying attention should have been surprised by either team’s success. But for pretty much any NHL team these days, whether you’re the Presidents’ Trophy winner or the team knocking it out in five games, getting deep into the postseason is indeed a surprise.

The cosmic alignment of coaching and goaltending and scoring, of team health and team unity, of big games and small bounces, is such a rare eclipse that it’s a marvel any team staggers to the finish line at all. And it’s why you can slice and dice things a million different ways and you’ll still be a lousy predictor of playoff results. If you want accuracy, astrology might be the better bet.

It’s also why, every season, the two Stanley Cup finalists are disassembled into their component and often archetypical parts: the legacy-defining stars, the unlikely youngsters, the revered and/or embattled coach, the last-chance veterans. Pulled apart, these threads are knotted and gnarled, sometimes broken; woven together, they’re a tapestry. As in an ensemble film, the protagonists and supporting roles lead separate or only occasionally intersecting lives until a series of madcap mishaps, love triangles, car crashes, and/or unheard voice mails pulls them irrevocably into each other’s worlds.

“Every team writes their own stories,” said Brodeur, asked whether this year’s lineup reminded him of any of the three Stanley Cup–winning teams he has backstopped.

Playing the part of the old-ish guy finally getting his first shot at the Cup for the Kings is defenseman Willie Mitchell. He may be no Ray Bourque, but the 35-year-old Mitchell — who left the Vancouver Canucks in the summer of 2010 when the team, worried about his concussion history, would only extend him a one-year offer, and then watched later that season as his former team came to within a game of the Cup — knows what it’s like to try to prop up the closing window of time. (He did his part in the Kings’ opening playoff game, scoring a goal against his former team.)

“I remember talking to Mitchy in the dressing room in Phoenix,” said fellow blueliner Drew Doughty, who, at 22, is just a kid, “and he said, ‘Man, you don’t even know how lucky you are. I’ve been around forever and this is my first time to get a shot at it.'”

Mitchell was part of the Devils organization early in his career and stood on the ice the day they physically raised their 1999-2000 Stanley Cup banner. But he had played mostly in the minor leagues that victorious season, and had not been a part of the championship team. Instead, the most important thing he earned during his time in New Jersey was a piece of advice from coach Larry Robinson about not getting faked out by an opposing forward: “Don’t take the candy.” It’s become one of his defensive mantras.

“It’s be aggressive at the right times, but be patient and let great players come to you,” Mitchell told the Globe and Mail’s Eric Duhatschek. “And when they do, they expose the puck and you poke it away and you turn and you go the other way.”

Mitchell’s “don’t take the candy” metaphor reminded me of the famous 1960s psychological study out of Stanford University in which young children were placed alone in a room with a table, a chair, and a marshmallow. They could munch on the marshmallow at any time, they were told, but if they could be patient and hold out until the researcher came back into the room, they’d be rewarded with a second tasty treat for their efforts.

And oh, what efforts they were. The video footage of the original experiment and its subsequent imitators is both darling and damning: Some children wait assiduously, devising tricks to pass the time (singing, counting, staring at the ceiling instead of at the forbidden fructose). Others dig in before the door has so much as closed. Still others try to game the system — a nibble here, a lick there — like the future manipulators they’ll most likely become.

You don’t need a whole lot of time to learn about someone’s aptitude to be patient; you can often see signs right away. In hockey, it can come down to an on-ice decision here, an off-ice reaction there. The Devils’ Ilya Kovalchuk was once the type of player who would gobble the marshmallow before sitting down; now his play indicates that he knows that by waiting it’ll only taste sweeter. (How else to explain this surgical power play?)

Earlier this season there were calls for Kings GM Dean Lombardi to trade away his captain, Dustin Brown, or otherwise blow up his underachieving team. He held off, and is now four wins away from getting his just desserts. Be patient enough, and you can take advantage of time. The Kings have wasted little of theirs, steamrolling through the playoffs and dropping just two games in three rounds to the nos. 1, 2, and 3 seeds. But one of the most unavoidable stories remains, as it was in Friday night’s press conference, the he’s-still-here-ness of Martin Brodeur.

That’s because if there’s one thing we fetishize in sports, it’s longevity: that marriage of the great warriors Time and Patience. Athletes are often superhuman, but even we mortals can think of some instances from our 20s when we’ve done something particularly acrobatic or catlike, whether accidental or not. Old athletes, the ones whose careers dip their toes in the waters of four different decades? Our collective bunion throbs just at the thought.

With his appearance once again in the Stanley Cup finals, Brodeur reminds me a little bit of Sonic the Hedgehog underwater, coolly and consistently finding the air pockets just as time is about to expire. Although maybe it’s not air he’s gulping down.

“I think he and [rookie Adam] Henrique maybe have something going on where they’re trading years or something,” said Ryan Carter in the Devils’ locker room following their Game 6 win over the Rangers, shaking his head incredulously. “Henrique’s beyond his, and Marty’s drinking from the fountain of youth.”