What, Exactly, Is Akron Up To? 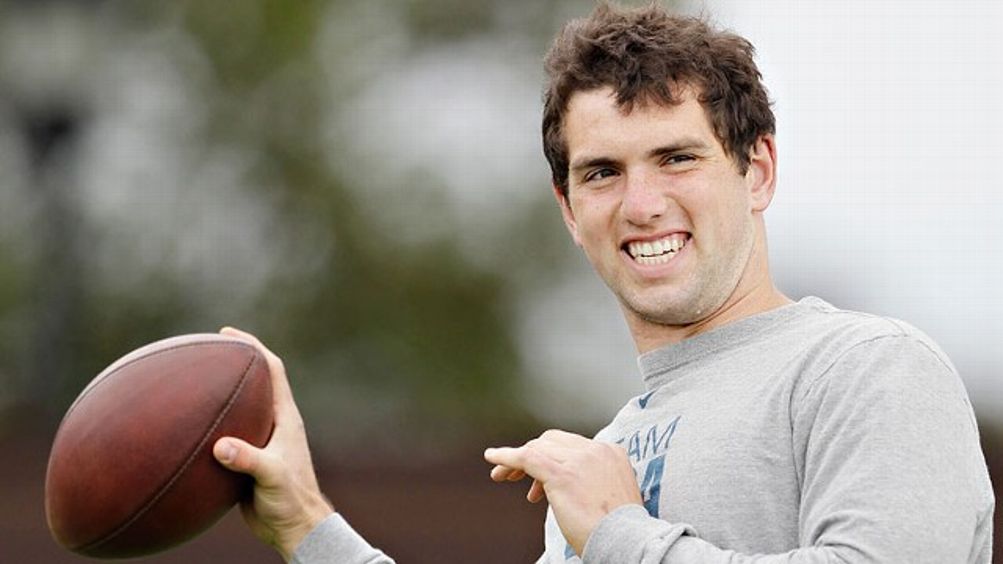 In a radical attempt at “thin slicing” the Grantland audience, I am writing this column exclusively for NFL general managers. Nobody else should read it. Obviously, this is a creative risk. I realize it might compromise the site’s overall traffic, since I’m exclusively writing for 32 people. But who knows? Perhaps Rick Spielman will link to it on Twitter.

What follows are the top 20 NFL draft prospects as ranked by Scout’s Inc. Like most “Old Media” scouting services, Scout’s Inc. tends to focus on tangibles and intangibles. I do not. I only consider qualities that are neither intangible nor tangible (which, to be fair, is a pretty short list). By remaining motionless, I somehow go further. I’m different because I’m the same in a different way (at the same time the different are being different on purpose, which makes them identical). So here’s my unique advice to all NFL GMs: Don’t draft any of these players. Every one of them is a mistake. They are all flawed, and the potential reward does not outweigh the overwhelming risk. Every alleged insider is wrong about their true value. It’s a classic paradox: As a pro football executive, your knowledge, research, and experience cause you to overlook the obvious. But this is never a problem for me.

Andrew Luck (Stanford): Luck is left-handed, which means he’s predisposed to art and creativity (the same preoccupations that doomed southpaw Todd Marinovich). It’s plausible that he might arbitrarily quit football to pursue a career in graphic design. He also went to Stanford, so he likely has some clandestine sex addiction where he chews handfuls of Ambien and makes love to hundreds of women who vaguely resemble the cast of Wild Things. Pass on this guy.

Robert Griffin III (Baylor): This man is a world-class 400-meter hurdler, but he’s not focused on making the Olympic track team and representing our nation in London. He clearly hates America. He is against our core values. I would never, ever accuse RG3 of being a terrorist, nor would I even imply that preposterous hypothetical scenario. That said, what if the Redskins draft him and he blows up FedEx Field in solidarity with the Occupy Wall Street movement? Pass on this guy.

Matt Kalil (USC): Kalil’s father played in the USFL, so he’ll probably only play hard during the month of June. He also has unusually large hands (10.3 inches), which would immediately make him a “person of interest” in the wake of any local strangling murder. Do you really want your franchise associated with strangling? Pass on this guy.

Morris Claiborne (LSU): This pugnacious middle-aged woman served as a menial servant in Maine and is believed to have murdered a decrepit employer with a rolling pin. Pass on this guy.

Trent Richardson (Alabama): As reported elsewhere, the $30,000 crystal trophy awarded to the Crimson Tide for winning the 2011 national title was recently knocked to the ground and shattered into James Frey’s disgraced memoir. It was this very trophy that gave Richardson his various powers, such as superhuman strength, teleportation, catlike leaping prowess, and the ability to shoot a laser beam from his right eye.1 Pass on this guy.

Fletcher Cox (Mississippi State): His hands are the exact same size as Matt Kalil’s. That’s just fucking trippy. What if they played against each other? Gross! Pass on this guy.

Justin Blackmon (Oklahoma State): Blackmon dominates in the red zone — he’s borderline unstoppable on the slant route and even better on the corner fade. However, ESPN reports that he’s also developed a sincere relationship with Olivia Hamilton, a young girl suffering from leukemia. As such, I question his focus. Pass on this guy.

Ryan Tannehill (Texas A&M): This is flat-out crazy. Why would anyone waste a top-10 draft pick on someone who only has 112 career receptions? Pass on this guy.

Luke Kuechly (Boston College): Scouts rave about Kuechly’s work ethic. But here’s my counter: Why is he working so hard? What’s he trying to hide behind all that over-the-top effort? Seems like he’s a showoff. Seems like he could hurt team chemistry. Pass on this guy.

Mark Barron (Alabama): Barron is a poor man’s Honey Badger, which means he’s just a Regular Badger. And you can get a Regular Badger anywhere. These days, I can’t swing a dead cat without hitting a badger. [Reader’s note: My apartment is pretty rustic.] Pass on this guy.

Melvin Ingram (South Carolina): Explosive off the snap. Well-suited for multiple positions, Ingram could contribute in either a 4-3 or 3-4 scheme. Probably the best defensive lineman available. Pass on this guy.

Michael Brockers (LSU): Now at 322 pounds, he is likely too heavy for the modern game of professional football. Pass on this guy.

David DeCastro (Stanford): A talented offensive guard, DeCastro majored in both “management” and “science and engineering.” Based on this data, I suspect he might be obsessed with social eugenics. Pass on this guy. Since the NFL-AFL merger, only six eugenicists have made the Pro Bowl.

Dontari Poe (Memphis): At a massive 346 pounds, Poe somehow ran a 4.98 40 at the NFL combine. However, three-time Super Bowl winner Tom Brady ran a 5.23 at the combine in 2000. Logic therefore dictates that Dontari Poe is too fast to get Bridget Moynahan pregnant. Pass on this guy.

Riley Reiff (Iowa): Reiff is the type of individual who (at least once) got intoxicated in public and started taking off his clothes while being pursued by police. As far as I can tell, he did not blame this act on dehydration or exhaustion, which makes me question his judgment. Pass on this guy.

Michael Floyd (Notre Dame): Okay … I realize Floyd seems to get a lot of DUIs. That’s a problem, for him and for society. But consider this alternative possibility: He’s probably not drinking alone, right? He’s probably drinking with other people. So maybe he’s always the least drunk person in every booze-heavy situation, and he ends up chauffeuring all the low-tolerance blackout drunks who can’t make it home on their own (even though Floyd is still technically intoxicated, which is why he keeps getting arrested). Maybe he’s getting DUIs because he’s “dangerously responsible.” This is what I would argue if I were Michael Floyd’s terrible lawyer. But still — pass on this guy. Notre Dame has no football tradition.

Stephon Gilmore (South Carolina): Ron Morris told me to pass on this guy.