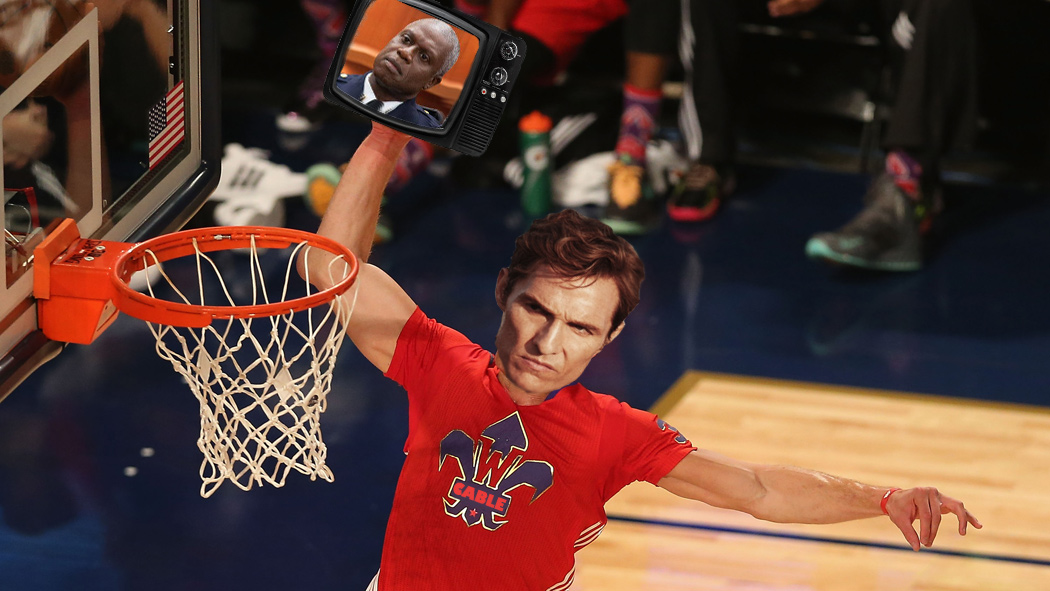 At the midpoint of their seasons, Major League Baseball, the NBA, and the NHL all stick to a similar script. The majority of players — and, by extension, those who write about the players — get a brief, much-needed breather while the biggest stars from the first half of the year are rewarded with three days of extra work in the form of a hyped-up, ultimately meaningless exhibition game. Now that the television season more or less runs year-round, I’m more envious than ever of such a reasonable tradition, especially because mid-February is the perfect spot for TV to take its own All-Star break, perched as we are between the cruelty of actual winter and the promise of a more reliably entertaining version of winter just on the horizon.

Unfortunately, the unslakable demands of the broadcasting business forbid any industrywide pause. And the bylaws of the Screen Actors Guild expressly prohibit any forced athletic activity, due to a raft of traumatic childhood memories. (Memories that mainly consist of watching Battle of the Network Stars from their living rooms.) So, once again, it’s left to me to invent the entire thing from scratch. Below you’ll find the starting lineups for the 2013-14 TV All-Star Team, an utterly subjective exercise meant to highlight the medium’s greatest talent so far this season.

You may notice that a majority of the names on the rosters are rookies. This isn’t an accident. In TV — especially contemporary, Twitter-fueled TV — the shiniest toys tend to be the newest. (And even the wiliest veteran on either team, William H. Macy, is being recognized for playing an older character in an entirely fresh circumstance.) Actors tend to love television because it gives them an opportunity to sink into roles over a long period of time — precisely the sort of deep diving that causes them to disappear from view or at least from hook-driven columns like this one. Don’t get me wrong: New isn’t necessarily better. But sometimes it is deserving of a little extra attention.

I can’t shake the feeling that while the dunking, chest-thumping (and chest-revealing) showboaters on the cable team are made to entertain, the more traditional network stars (three energy types surrounding two aging big men — basically the San Antonio Spurs of fictional cross-media indulgences) are built to win. That said, I’m not going to wager on which side would come out on top. I’m just going to enjoy watching these 10 actors run up the score. 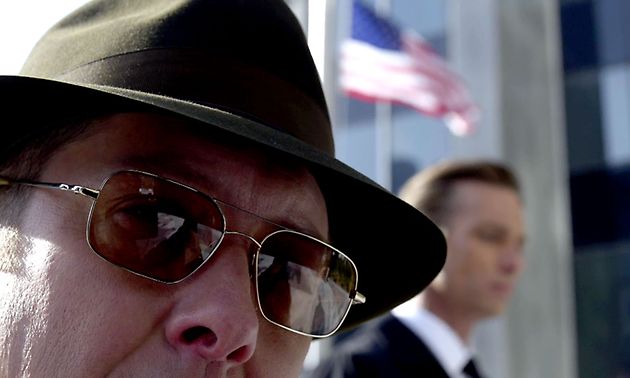 With a key demo rating hovering near 5, NBC’s The Blacklist is the closest thing to an old-fashioned hit this TV season has produced. Which makes James Spader — his head as smooth as a cue ball, his body nearly as round — the closest thing we have to an old-fashioned megastar. The Blacklist is a slick and brutal entertainment, its twists and turns as cynical as its plots. It’d be pretty thin gruel if it didn’t also provide the weekly opportunity to watch the ravenous Spader feast. As master criminal turned government string-puller “Red” Reddington, Spader digs into every episode like a multicourse meal, making mincemeat of his frail costars in the process. Naming him an All-Star is a no-brainer. Just don’t expect him to pass the ball.

Brooklyn Nine-Nine is ascendant in its first season, garnering respectable ratings, surprise wins at the Golden Globes, and, most crucially, the complete support of its network. (Fox wouldn’t have given its rookie comedy a post–Super Bowl slot if it didn’t plan on ordering a sophomore season.) But the key to the show’s rise is veteran Andre Braugher as its heavy anchor. His Captain Ray Holt is so deadpan he’s practically flatlining, but he provides a necessary counterweight to costar Andy Samberg’s goofy relentlessness. I’d still rather see Braugher bringing occasional touches of comedy to a drama than the other way around, but if the consolation prize is a show as promising as Brooklyn (the recent episode introducing Marc Evan Jackson as Holt’s even more humorless husband, Kevin, was particularly delightful), I’m not complaining.

For years Hollywood has understood that the best way to class up nonsense was to lard the project with the most esteemed British actors available. It’s how Shakespeareans like Patrick Stewart and Ian McKellen wound up earning fanboy adulation along with millions of dollars for their contributions to Star Trek, X-Men, and The Lord of the Rings. And it’s also how Sleepy Hollow, a show so committed to its own insanity that it approaches the sublime, came to cast Tom Mison, a Brit more accustomed to treading the boards than hacking and slashing, as Ichabod Crane. But the smartest decision the show made was grabbing Nicole Beharie as Abbie Mills, the time-traveling Ichabod’s skeptical, present-day partner. It’s the sort of role usually handed off to a twentysomething more likely to be mistaken for a model than a cop. Beharie is gorgeous, sure, but she’s no lightweight. A wonderfully grounded actor (see her hold her own against Michael Fassbender in Shame, if you haven’t already), she treats the magical hooey pouring down around her as she would a sudden rainstorm: It’s annoying, but sometimes you’ve just gotta let yourself get drenched.

It takes a certain kind of chutzpah to play a Jewish mother on TV — particularly if your name is about as chosen as a Christmas stocking. But Bridesmaids vet McLendon-Covey’s performance on ABC’s The Goldbergs is note-perfect. As Beverly, the tracksuited matriarch of an ’80s suburban clan, McLendon-Covey spins her husband like a dreidel and smothers her children like marinade over a Passover brisket. Yet for as broad as the character is (a recent episode found her laying her perfectly feathered hair on the floor to eavesdrop on her daughter through a heating grate), McLendon-Covey never lets Beverly slide into caricature. Her mishegas comes from a place of real emotion; she kibitzes because she cares. It’s a delicate balance to pull off — one false move and you’re drowning in schmaltz — and it’s one of the surprisingly consistent tricks The Goldbergs has managed throughout its first season.

Though floundering in the ratings, ABC’s Trophy Wife remains the best of the season’s new comedies, primarily due to the tidal wave of warmth, talent, and charm that is its cast. Yet choosing a single representative for my made-up team when nearly everyone involved is both eligible and deserving proved to be a challenge. Would I single out Malin Akerman for her vanity-free pratfalling? Or Marcia Gay Harden for her scalpel-sharp portrayal of a piranha with a medical degree? In the end, I chose Michaela Watkins. Five years after being unceremoniously dumped from Saturday Night Live, Watkins has established herself as a wonderfully sensitive comedic actor, one who understands that being a punch line isn’t the same as being a doormat. It’s a rare quality on display in everything she does, from a cameo on Childrens Hospital to a meatier role in last year’s wonderful In a World … On Trophy Wife, Watkins wears her character’s hippie eccentricities proudly, like patchouli body oil. Her Jackie is a single mother devoted to saving the world, usually at the expense of her own mind. She lifts the show as high as she is. 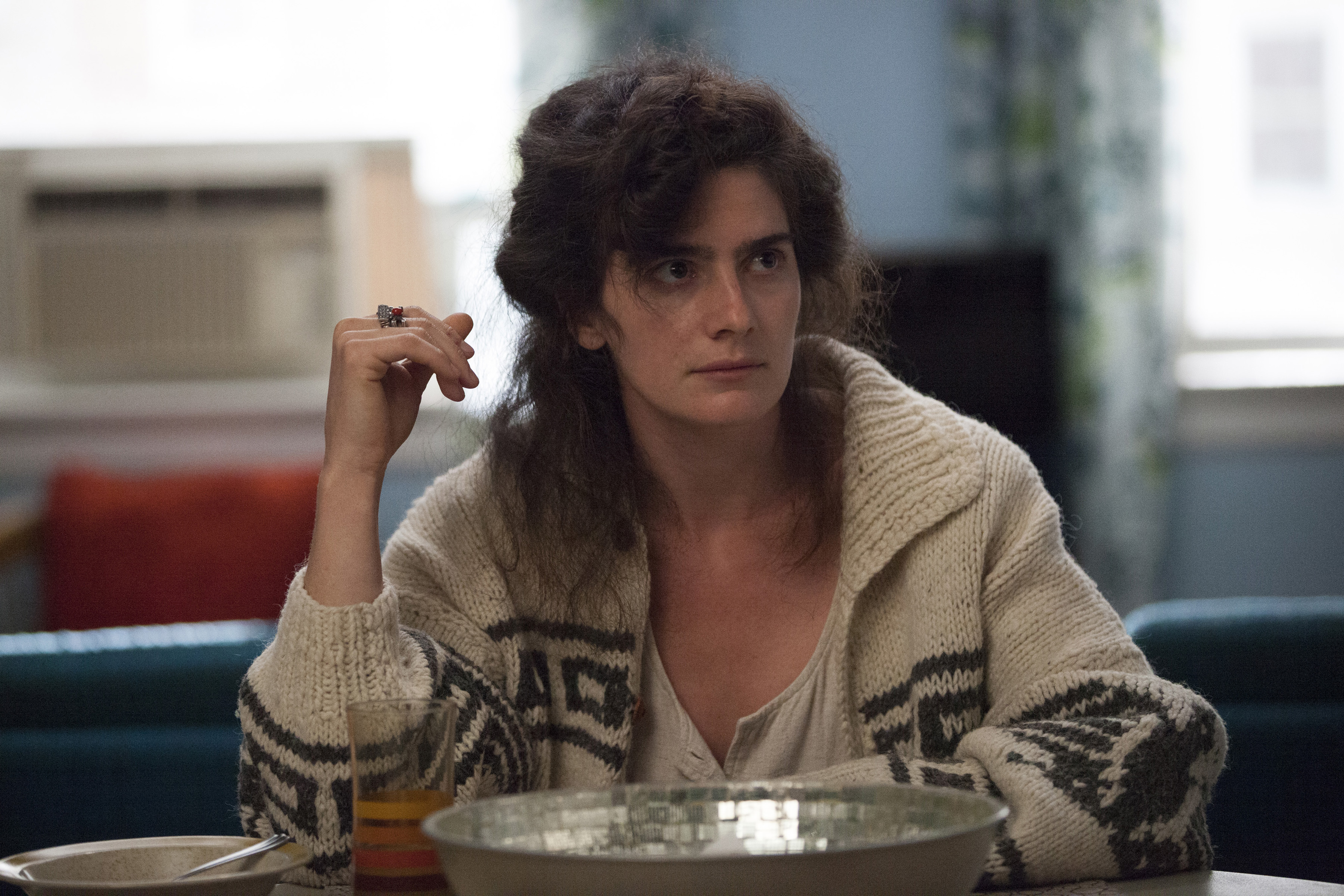 Time may be a flat circle, but Rust Cohle is a deep well. This existential emptiness has provided Matthew McConaughey with all the space he needs to unleash a flood of capital-A acting the likes of which television rarely sees. Playing the same character across two distinct time periods, McConaughey is able to tap into the alpha and the omega of his Southern-fried charisma. In the flashbacks, he’s electric, a bowie knife on the bayou during a lightning storm. In the present-day interrogation scenes, he’s Wooderson reborn as a tragic hero: He keeps getting older, all the dead girls stay wearing the same antlers. It’s easy to imagine every aging movie star in Hollywood looking at this performance and realizing, at long last, that TV can be a place to expand their art, not just their pool houses. For McConaughey, time is an infinite bongo drum. May he keep banging.

According to popular mythos (or at least People magazine), child stars tend to lose it as adults due to an inability to process the overwhelming experience that they were faced with at a young age. But what if a child star was able to take all that cacophony — the scrutiny, the flattery, the judgment, the eventual, inevitable disregard — and turn it into a symphony? Gaby Hoffmann was precocious as a wide-eyed moppet, making memorable turns in Uncle Buck and Sleepless in Seattle, but she’s even more so now that she’s baring it all as an adult. (Awarding myself maturity points for avoiding the Field of Dreams joke here.) When she showed up on Girls this season, as Adam’s needy sister, she was immediately the most interesting person on the show: Her immaturity seemed thready and dangerous, less an affectation and more of a curse. And on Amazon’s remarkable pilot Transparent, she takes a Silver Lake cliché — hiking in canyons, dreaming up novelty books, mooching off dad — and finds the complicated, emotional person hiding underneath.

It’s Dan Harmon — creator of Community, ruler of nerds — who gets the bulk of the credit and the headlines for creating Rick and Morty, Adult Swim’s breakout cartoon about a crackpot scientist and his voice-cracking grandson. But it’s Harmon’s partner, animator and apparent total weirdo Justin Roiland, who makes my All-Star Team. He not only cocreated Rick and Morty and sketched out the show’s lime-green opium aesthetic, Roiland also provides the voices for each of the titular characters. As Morty he’s all pimples and prepubescent hysteria, a kid more willing to jump into an interdimensional wormhole than ask a girl on a date. Yet when Roiland morphs into the ego-exhausted belching of Rick, he’s able to tap into something much darker and weirder. Thanks to Roiland, we understand and even sympathize with a guy prepared to annihilate human life at the touch of a button. It’s not that he’s evil. He’s just got bigger fish to fry. (Call him Doctor Who Cares.) It’s a faceless performance deserving of greater recognition.

HBO’s Looking has received a great deal of acclaim for the way it captures the tech-and-testosterone fueled life of young gay men in San Francisco. But to my mind the most interesting of the main characters is also the oldest. As Dom, a mustachioed would-be restaurateur now approaching his third decade of waiting tables, Aussie actor Murray Bartlett is phenomenal. While his friends revel in the near-limitless options available to them — get married? Get serious? Or just get off? — Bartlett beautifully plays the flip side of indulgence. Just because you have access to everything you could possibly want doesn’t mean you can easily get what you need — particularly if what you need is happiness that lasts longer than a Grindr hookup. Bartlett has an easy charm that’s well matched by Scott Bakula, who plays a settled survivor of an even older generation. Together, they make Looking well worth watching.

For three seasons, veteran actor (and extremely thoughtful guy) William H. Macy has played Frank Gallagher as a man committed to living each day as his last — and waking up the next morning with the hangover to prove it. This season, though, Macy has been tasked with an entirely different challenge. After a lifetime of alcohol abuse and generally destructive ribaldry, Frank is now dying. How to play the guy stuck wearing the lamp shade when the party is finally well and truly over? To his credit, Macy has treated Frank’s forced sobriety as an opportunity, not a buzzkill, plumbing the pickled depths of the character to determine, once and for all, if his heart is really as wrecked as his liver. Frank’s going to survive this — the only thing more unkillable than a Gallagher is a Showtime series — but his descent makes for a hell of a ride.