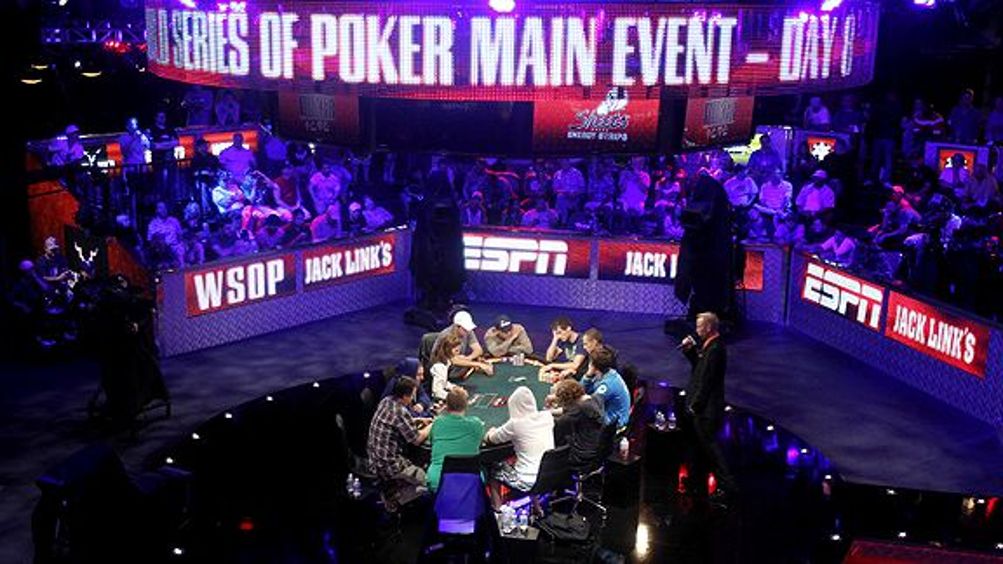 Presented in no particular order, here’s a look at the best of Grantland from the past week.

Occasional Dispatches from the Republic of Anhedonia: Part 1 and Part 2

“I have a good poker face because I am half-dead inside. My particular combo of slack features, negligible affect, and soulless gaze had helped my game ever since I started playing 20 years ago, when I was ignorant of pot odds and M-theory and three-betting, and it gave me a boost as I collected my trove of lore, game by game, hand by hand. It had not helped me human relationships-wise over the years, but surely I am not alone here — anyone whose peculiar mix of genetic material and formative experiences had resulted in a near-expressionless mask could relate. Nature giveth, taketh, etc. You make the best of the hand you’re dealt.”

“For some in the NBA, the decision is not a decision at all. The biggest dilemma Zaza Pachulia wrestled with before signing to play in Turkey during the lockout was whether to pack one suitcase or two.

‘Other than that, what’s the difference?’ asks Pachulia, who, in un-locked out times, plays center for the Atlanta Hawks. ‘Every summer, I go play with my national team. Basically, I’m going to do the same thing I do every summer, only in Turkey.'”

“Ty Cobb can be a cruel man, and at the same time be a misunderstood hero. Detroit can be both a ravaged, bleeding city and an inspired place where creative people are imagining new ways for an urban center to be successful. In fact, that’s exactly what is true.”

“The question I get asked most regarding Humblebrag is if the people I retweet ever get mad about it. And I must say, everyone seems to be a pretty good sport. After last month’s column, Chrissy Teigen (Model? Actress?) even tweeted at me, ‘thanks for the kind words.’ I’m assuming she was not being sarcastic and was genuinely thanking me for the kind words. Point being, I am glad everyone seems to know this is all just in good fun and that I’m not just trying to be a dick.

That being said, here are a bunch of needlessly rude comments about people who Humblebrag!”

By Chuck Klosterman and Molly Lambert

“The eighth and final season of HBO’s Entourage premieres Sunday night, much to the delight of all people who love the worst things about Hollywood, male friendship, and cross-marketing tequila. Molly Lambert and Chuck Klosterman were able to preview the new season on opposite coasts and proceeded to conduct the following e-mail discussion, most of which makes only slightly more sense than that string of episodes featuring the rapper Saigon. But — as always — everything works out nicely in the end … “

“Despite the fact that he wasn’t even present for the proceedings, [CM] Punk’s spirit filled the arena. Physically, Punk — your putative WWE champion — was in Chicago, cavorting offscreen with the championship belt. If that seems unusual, well, it is.”

Sabermetrics, the Sunday Times, and the So-Called Women’s Sports Section

“Every Sunday, the New York Times publishes the wedding announcements of the most promising, wealthy, talented — and only very occasionally inbred — couples in the whole wide world. (Oddly enough, two-thirds of them hail from within a 30-mile radius of Manhattan.) If life is a contest, these people are already winning. But by how much, and in what order? “

JT, Madonna, and the Pop Star as Comedian

“A super-high-achieving person is never, ever satisfied. I’m talking about the Bill Clinton-types. The ones who start achieving and just cannot stop. It is impossible to get enough positive feedback, enough confirmation that they are talented, worshipped, and loved. Somebody as high-achieving and talented as Justin Timberlake has to try to be great (not just decent, but great) at everything that strikes him. And he can’t enjoy something if he isn’t great at it. He seems to relish the constant challenge of new problems, particularly ones he can’t solve right away. He knows he could just go back to making music, but he won’t.”

“In more than 30 years of following wrestling, the first time I can remember an entrance song mattering was when Hulk Hogan rejoined the WWF in 1983. Coming off Hulk’s iconic appearance as Thunderlips, McMahon piggybacked that visibility by using Survivor’s ‘Eye of the Tiger’ (the Rocky III theme, as any AMC junkie will tell you) for Hogan’s entrances. You can’t say Hogan invented entrance music because Gorgeous George used ‘Pomp and Circumstance’ once upon a time; even the Fabulous Freebirds predated Hogan’s music by a couple of years. (They used Lynyrd Skynyrd’s ‘Free Bird,’ a counterproductive choice unless they wanted fans to think everyone was getting stoned.) But Hogan was the first to capitalize on the potential of entrance music.”

“For general managers, free agency is a minefield. One misstep can cost you your job, your livelihood, and sometimes your soul. (How else would you describe the existential pain of sitting next to Matt Millen in the commentator’s booth?) But never fear! We come bearing information that can help save wayward general managers from themselves. When evaluating NFL free agents, there are certain archetypes that stand out as particularly bad bets. Avoid the following types at all costs.”

“Grantland family, here’s full disclosure: I have a very intimate relationship with the music of A Tribe Called Quest. When I was born, I requested ‘Push It Along’ for my intro. My iBeeper plays ‘Skypager.’ My ex-girlfriend wore unitards with red and green ink blot patterns. (We broke up ’cause we both knew how it feels to be stressed out, stressed out. Also the unitard.) It’s all single black male stalker-y enough to be considered a classic, classic, classic example of a … A date rape. ETC. ETC.

So suffice it to say a Tribe news cycle courtesy of Michael Rapaport’s documentary Beats Rhymes & Life has meant nothing less than the chance to LIVE AGAIN! Forget Friends with Benefits, more like Tribe with Benefits, amirite Grantland? Doesn’t the air itself have that extra little Luck of Lucien?”