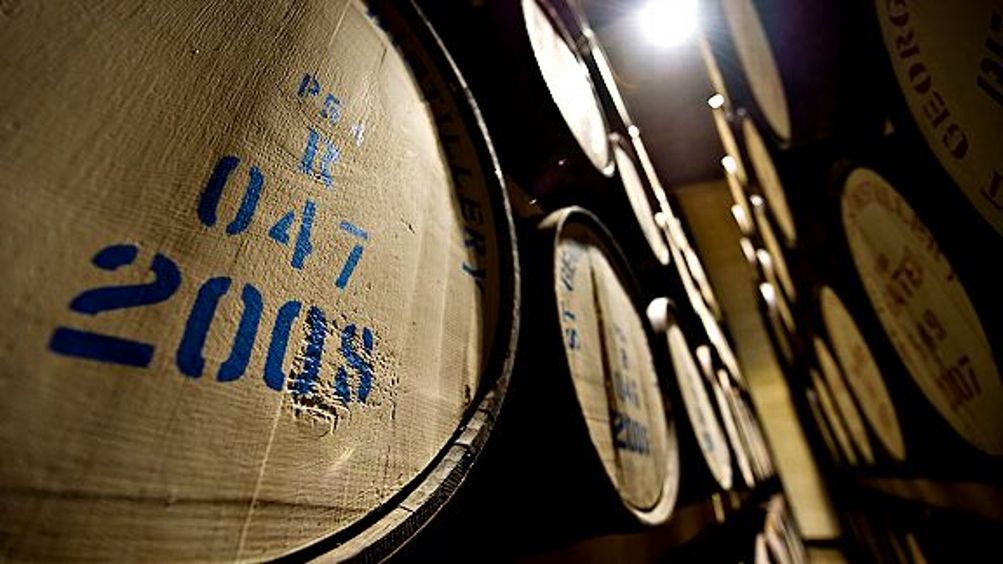 A whole night of front-porch drinking led us here. My friend, Joe York, comes outside with a bottle of Jim Beam in his hand. The label is faded, creased. Two or three fingers of amber liquid sit in the bottom.

He unscrews the cap and tells the story. The Yorks are from Alabama. Joe’s granddad died in 1976. Thirty years later, his wife died. When his family was cleaning out their home, they arrived at the bedroom closet. In the midst of well-worn boots and simple-but-pretty dresses, they found it, buried: the former deacon’s hidden bottle of Beam. He’d stuck it there to sneak a nip now and again. He died before he could finish it, and the bottle had stayed in the closet for three decades.

Joe took it home and, every year or so, passes it around. It’s a communion. Joe, like a lot of us, tries hard to keep alive family traditions. I have my dad’s steak marinade recipe framed in my kitchen — it was a closely guarded secret, and the Christmas after he died, my mom gave this gift to me, my brother, and my uncles — and I feel like he’s at the table whenever I make it. Joe makes his grandmother’s cornbread in her cast iron skillet and, on special occasions, he will pull the dusty bottle of Beam from its hiding place. When he does it tonight, everyone gets quiet. We are laying flowers in our minds.

“What was your grandfather’s name?” I ask.

To Herschel Joe, then.

“To my grandfather,” Joe says.

The bottle begins its orbit of the old wooden porch, a half dozen people waiting, a different picture in everyone’s mind. One man sees the little Alabama tax sticker on the neck, and is reminded of his father’s liquor cabinet, and the years and miles separating him from that time and place. He tells us stories about sneaking drinks and about how much has changed since then. What a wonderful gift, this bottle. It takes everyone to a different place.

“I hope that every grandfather buries some whiskey for the grandchildren,” our friend Antonio says.

“What was your grandfather’s name?” I ask him.

Antonio is from Spain, and Joe is from a little town in Alabama. Both have left the places they knew as boys. Both are named after their grandfathers.

He holds up the Jim Beam.

“This is what’s left of the guy who came before me,” he says.

Soon, my turn. The glass neck feels fragile in my hand. I think about my father, too, and how few
things of his I actually have. Some notes he wrote. A set of cufflinks and four or five dress shirts that my wife often asks me to donate to the Goodwill. I am wearing his watch right now. My mom gave it to me on the morning of my wedding. I opened the red box and held the cold metal in my hand. Tears rolled down my face. A few weeks ago, I thought I’d lost it, and in a hotel room outside Auburn, Ala., I came unglued, sobbing harder than I did at his funeral. I think about all of that and take a long pull.

The Beam makes its way around the porch, everyone giving a toast and taking a slug, and now there’s one swallow left. Joe knows what to do.

“I will give you the greatest thing you can give,” he says. “The last sip of your grandfather’s bourbon to a man from another country.”

Antonio takes the Jim Beam. He touches the bottle to his forehead.

“I’m very honored,” he says. “This is something special. This is the most special thing I’ve ever had.”

He raises the bottle.

“Alabama,” everyone on the porch responds.

“To the South and to America,” Antonio says.

Then the bottle is empty. Joe’s girlfriend, Kathryn, gently carries it inside.

The stories continue, and the music plays on, until, finally, the porch is empty. The air is cool and the streets of the town are empty now. We all go back to our homes, but we don’t leave empty. We take Herschel Joe York with us, a deacon who hid a bottle of Jim Beam in his closet, a man who raised a son who raised a son.

Wright Thompson is the Chateau Rayas correspondent for Grantland. He can be reached at wrightespn@gmail.com.