In Search of the Elusive ‘Pitching Prospect’

Nadal vs. Djokovic: Here We Are Again, My Friend 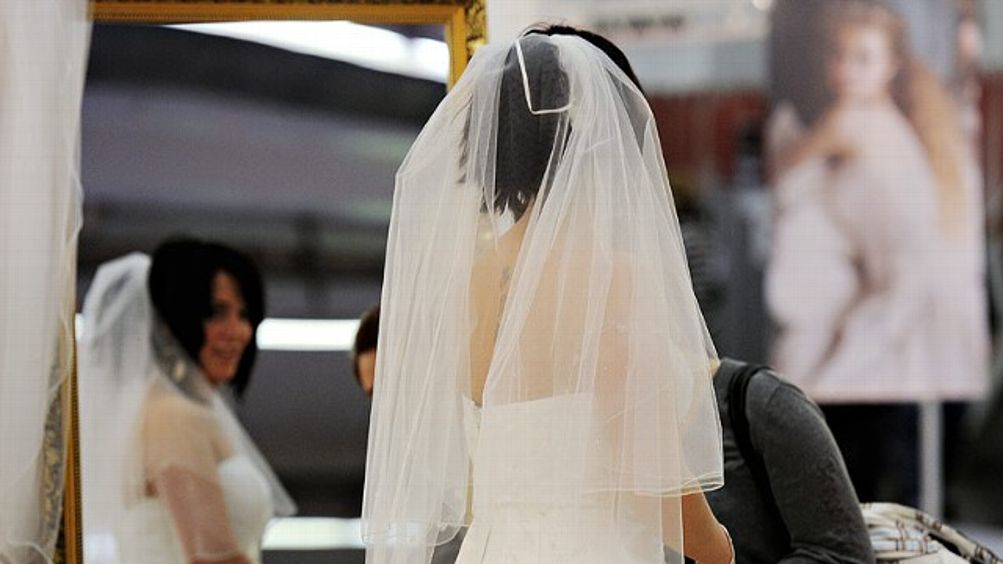 So, how was your New Year’s Eve? Most likely your answer falls into one of the following categories:

You can probably guess which category a number of January’s brides and grooms fell into. There seems to be a hidden wedding mantra: meet on New Year’s, get married on New Year’s. John Graves and Dennis Lonergan did, and did — their wedding on the Saturday of the holiday weekend came a full quarter century after they first met on New Year’s Eve in 1987, at “the home of a mutual friend.”

Susan Galereave and Kiki Zeldes also met in the ’80s — the “early 1980s,” to be inexact — when they were introduced by mutual friends. But it wasn’t until decades later, when their children were 7 and 6 years old, that they reconnected at “a potluck get-together for single lesbian mothers in Northampton.” (If you think that sounds like the Portlandia-est line in an announcement, by the way, you may have missed “The bridegroom has played the drums for commercial jingles and in concerts with Nouvelle Vague, a French musical collective, and the Gregory Brothers, a musical-comedy group in Brooklyn.”)

Unable to find time for themselves amid the various playdates, the pair opted for a trick that I’d like to think was at least in some part inspired by (if totally the opposite of) Marky Mark’s scheme in Fear: They monkeyed with the clock for their own benefit, letting their kids believe that they’d been up till midnight — when it was only 9 p.m. After that, it was mommy time.

They were ultimately married on New Year’s weekend. And the kids? “They’ll be staying up as late as they want,” they joked. “We may not make it up til midnight.”

This couple also met on New Year’s Eve — “they bonded immediately over their mutual love of, among other things, science fiction films and classical music” — but opted to be wed a few weeks after New Year’s. (I liked the detail that they found the engagement of Kate and William to be “wonderfully auspicious,” as I, too, like to model my life after the royal family. Pippa’s butt in particular.) These two, on the other hand, may not have actually first met on New Year’s. But after spending five New Year’s Eves together, they selected the occasion as the perfect fit for their wedding, going “all out to arrange a five-day celebration that began with a cocktail party Wednesday and continued with a dinner at the home of the bride’s parents on Thursday and the rehearsal dinner Friday.” On and on it went, concluding with a Sunday New Year’s brunch.

We’ve all attended these sorts of marathon weddings; they’re marvelous in the sense that you don’t touch your wallet for nearly a week. (Though much of that smug frugality is upended when you receive your long-term hotel bill.) While it’s wonderful to be in one place with friends and family for so long, you’re also … in one place with friends and family for … so … long. Which means you have to come up with beaucoup outfits — for those of us who repeat-wear the same party dress time and again, Facebook incrimination be damned, that’s not an easy thing to do! — and, hardest of all, learn to pace yourself. Good luck with that. It’s difficult enough not to blow your proverbial load (and possibly your literal load, and possibly also chunks) at the rehearsal dinner of a standard two-night wedding weekend. A full-scale Wednesday-to-Sunday ordeal? That’s a recipe for complete and utter “and how are yooooou feeling today?” disaster.

One of those festive New Year’s couples, the aforementioned Graves and Lonergan, first knew things were right when “the date happened and [one of them] salted his bread.” It’s important to appreciate your partner’s food tics, obviously (no one-pea-at-a-timers here!) because as it turns out, getting hitched is secretly all about edibles, from start to finish. “Making a ring in a day is about as challenging as a soufflé is for a newbie cook,” explains this article about the art of welding one’s own wedding ring. The single lulziest paragraph of any announcement this month also deals with food, this time during the couple’s vows:

The bride had written a poem about the couple’s love affair. She shared part of it in the foyer of the Community House. “Our love is like a braise,” she recited slowly, choking back tears. “Low and slow and constant, it moves me to tenderness.”

In fairness, the two were running a restaurant together, BUT STILL. I like to imagine what ended up on the cutting room floor:

Our love is like a sear. Charred on the exterior but still ice-cold and potentially germ-ridden inside.
Our love is like a George Foreman grill. Cheap, fast, and relatively easy to clean unless you lose that one specific scraping tool that comes with it that everyone loses.
Our love is like a blender. I don’t even remember what I put in there, but drink the fuck up already.

(The other best thing about that particular announcement, other than the role a John Mayer song plays in it, is the totally incredible photo caption. What passive-aggressive NYT editor typed that one in??! And can you imagine the potential correction if she was actually, like, playing “Angry Birds” or texting?)

In other nuptials news from the past month:

Before we conclude, here are the top 15 couples for the month of January, as determined via our proprietary NUPTIALS algorithm (you can view the full scoring rubric here).

One beef I’ve always had with the Times wedding section is that it paints an unreasonable picture of what one ought to do to win the love of another. If you were to try to emulate what you read in these pages, you’d probably end up slapped, scoffed at, or considered a creep. That’s not to say that stories of extraordinary measures don’t occur in real life on the regular. I believe in love! It’s just that so many of the sad sacks who spend their Sundays paging straight to the back of the “Styles” section — and trust me, I say this from longtime experience — ought to be better warned that these happy examples aren’t the norm. (Even sketchy weight-loss commercials have disclaimers, however teensy the font!)

So, just so we’re all aware: This is a genuinely heartwarming story of two people who loved and leaned on each other, yes, but that does not mean that you can think it’s okay to do this the night of/morning after meeting a girl while drunk at a bar (I have a feeling her number didn’t “vanish from his cell phone” on its own, let’s just say):

As his longtime friend and college roommate Jovan Josifovski recalled: “Can you believe he woke me in the middle of the night and asked me to go with him to find a car with a Florida license plate?” […] For two hours, they drove around the Bloomington neighborhood where Ms. Miranda had told Mr. Meyers she lived until they found a car with Florida plates parked at an apartment complex. Mr. Meyers worried he would miss seeing her, so he drove his friend home and returned to the parking lot to wait.

At 6 a.m., she said, she saw “this guy” standing in the rain by her car and calling her name. Though she recognized him right away, “I thought he was weird, and I sort of freaked out, so I went inside to telephone my mother, who feared he was a stalker. But after he apologized, offered to carry my luggage, and explained that he had lost my phone number, I finally learned his name was Mitch and believed he was sincere.”

GAH. Less call-a-cop but just as don’t-do-this is the meet-cute story of Anne Dean and Peter Zaitzeff. The groom “spotted Ms. Dean in the revolving door in the lobby of his apartment building in Manhattan” (if it was the Windsor Court, then everyone loses a prize) and badgered the doorman to hook them up. Despite the fact that the bride is a Mayflower descendant — of the same lineage as “Presidents John Adams, John Quincy Adams, poet Henry Wadsworth Longfellow, actress Jodie Foster, and many other well known figures in American history,” no less — this gambit worked, even if a Spoon concert had to get involved.

But who knows? The game isn’t always just being played by the groom. One person e-mailed me this salient question: “Do you think she was just going round and round trying to attract a man?” It’s possible. Then again, aren’t we all?