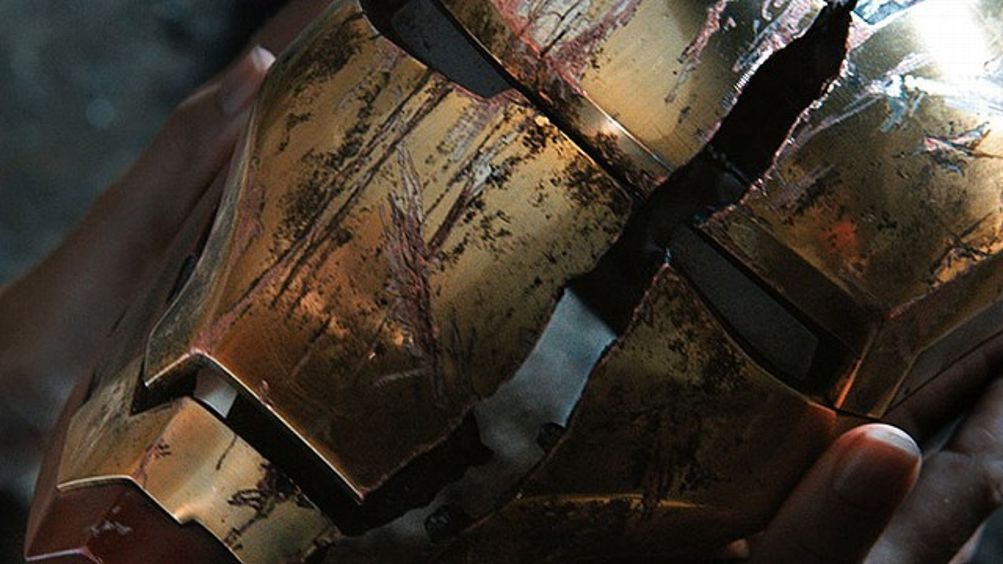 The tremendous power of the movies is that they can take you just about anywhere. So can a good comic book. Iron Man 3 could have gone to outer space. It could have been set entirely inside the head of John Malkovich. It could have taken us to some altogether new place. It could simply have explored another wing of Tony Stark’s fabulous cliffside manse, but the house gets blown to smithereens in the opening minutes. No, Iron Man 3 decides to stage its climactic, pyrotechnic blowout where only the sleepiest, poorest, and most imagination-strapped shoot-’em-ups dare to tread: a shipyard. It’s a long sequence with enough to it not to be totally dull. Its stages could almost be considered levels in an old Nintendo game — seriously, look out for that fireball and, hey, shipping container at four o’clock!

The finale is actually enlivened by a couple of good bludgeonings, the arrival of a surprise cavalry (an almost literal deus ex machina), and the kind of eye-rolling between a besieged Robert Downey Jr. and Don Cheadle that should qualify them for the U.S. Olympic table tennis team. Plus, it permits one regular character to graduate from passive to aggressive. This is fun stuff. It’s expensive moviemaking that more than accounts for what the hundreds of Iron Man visual-effects technicians, sound artists, and stunt coordinators spent years realizing: the deft balance of heaviness of metal and weightlessness of flight; a breathtaking sort of skydiving rescue; the impressive, intimidating use of heat so hot it could make an audience sweat.

But it’s still underwhelming, like watching a great kitchen team use all its talent and best cookware to boil water. Any movie can devote its grand finale to nighttime mayhem down on the docks — so many have. Why does Iron Man 3? Maybe it’s a tic. The director and co-writer is Shane Black, who wrote the first two Lethal Weapon movies, The Last Boy Scout, Last Action Hero, and Renny Harlin’s very good, very underrated The Long Kiss Goodnight — basically, the sort of movies that might frequent a warehouse or dockyard. But mainly Black contributes the hearty drollery of the only previous film he’s directed, a movie-industry satire called Kiss Kiss Bang Bang. That had Downey playing a crook pretending be an actor, shadowing a private detective played by Val Kilmer. Warner Bros. wanly released it in 2005 and nobody went. With Downey fully resurgent, it’d be a hit today.

The movie was based in part on a Brett Halliday novel (Bodies Are Where You Find Them), and built all its jokes, gags, and broadsides into a seedy comedy that managed to bite the hand that was underfeeding it. You could feel Black bringing some ornery personality and pleasure to the crime film genre. It was authentic in its slippery, self-commenting way. The man who made Kiss Kiss Bang Bang — a title it shared with one of Pauline Kael’s film-review collections — could have made two or three more greasy comic thrillers with Downey and Kilmer. But until a wonderful plot twist near the midway point introduces some satirical skepticism, it’s unclear what Black wants to do with Iron Man 3.

This time, Downey’s Tony suffers anxiety from his escapade in last spring’s Avengers. I don’t know what I missed, but it seems implausible that the film’s alien invasion has so scuffed Tony’s Teflon coating that he’s become the sort of superhero who has panic attacks in the middle of action sequences. Nonetheless, after his home is sacked, he goes after a bioterrorist named Aldrich Killian (Guy Pearce) who kidnaps Tony’s lady/CEO, Pepper Potts (Gwyneth Paltrow). We learn courtesy of a flashback to New Year’s Eve 1999 that Tony promised Killian — who was then a creep with oily hair and dirty teeth — that he’d hear his proposal for a possible scientific breakthrough. But Killian was kept waiting forever on a hotel roof while Tony made love to an eager scientist (Rebecca Hall) who was working on a scientific breakthrough of her own.

The two scientists show up in the present, by which point Killian has the tan, chiseling, and douchey ooze of certain Bachelor contestants. Killian’s boss also shows up. He’s the Mandarin, a robed, turbaned ideologue, who in the Marvel comic book was an evil megalomaniac scientist, and one of Iron Man’s — and, by extension, mankind’s — biggest headaches. He was drawn as a wizardly and flamboyant Asian. In the movie he’s shrewdly played by Ben Kingsley, so the original character’s Fu Manchu becomes decidedly more evocative of Osama bin Laden. So are his home videos, which hijack the world’s airwaves. They show up suddenly, and they give the movie a shock of front-page news, despite this incarnation of the Mandarin being a cheap shorthand for villainy.

Nonetheless, the character wakes the movie up. Sometimes, even when these movies seem as though the studio just went into the pantry and opened a can of Campbell’s Iron Man soup, they can surprise you. The highlight of the second one was an early sequence that put most of the film’s characters at a cocktail party out of an old screwball comedy. One of the plot twists in Iron Man 3 turns the comedy in the movie upside down and brings it much closer to the showbiz cynicism Black knows how to do. Cheadle is still Colonel James “Rhodey” Rhodes, who conducts operations in a government-owned, focus-grouped Iron Man suit, and when he and Downey spar, you feel the pleasure of performers connecting to good writing. But there’s no payoff. This wonderful wrinkle should push the movie into strong farcical territory. Instead, it’s off to the shipyard to wreck things and wrap them up as these movies are required to do.

Proportion is important for these comic-book movies. How much can the filmmakers get us to care about the characters while installing them inside visual spectacles that don’t smother or sacrifice them? The Avengers achieved that balance on a scale I’d never seen in such a movie. It was true alchemy. The best marriage of the two in the Iron Man series is the trick that puts us with Tony behind his mask, along with his blippy, digital dashboard. It’s a great metaphor for both comic-book and actorly intimacy. We’re as close to Downey, and now to Cheadle, as we can get, and their close-ups reveal each actor’s different way to play sarcasm. Outside the masks, Iron Man 3 never achieves that balance. Nothing in the movie makes sense — it really doesn’t. What are Killian and the Mandarin hoping to achieve? What’s Hall’s character about? Much of the dead and loose ends are frustrating not because Black, who’s credited for writing the script with Drew Pearce, has conflated decades of Iron Man story lines. It’s because the story itself isn’t a priority. The effects are. But effects without a good narrative are like a magician’s rabbit without the hat.

This is a series that might not have needed a third installment, but we’re past need now. We’re at the contractual obligation/cultural expectation stage of things. (At the risk of mixing Marvel metaphors, an Iron Man 3 movie is already a box office colossus overseas.) So a kind of weariness has set in. The movie has a lot of decent ideas — about terrorism, heroism, patriotism. But nearly everything it does with those ideas wilts. There’s a long sequence between Tony and a cute small-town kid (Ty Simpkins) that features some of the feigned heartless banter that Tony and Pepper once traded with each other. Now that castwide crackle of flirtation is all but gone, and without it Downey’s charisma really sputters. Tony’s angst might be the actor’s. The iron suit is starting to feel like a coffin. He’s applied all his movie-starness to the comic-book movie, and he’s out of subversion. This Tony has an indolent, witless sense of humor. (He taunts a bald henchman he’s just assaulted, “You like that, Westworld?”) He could be saving the world. He could also be hosting the MTV Movie Awards.