All Elbows and Ugly 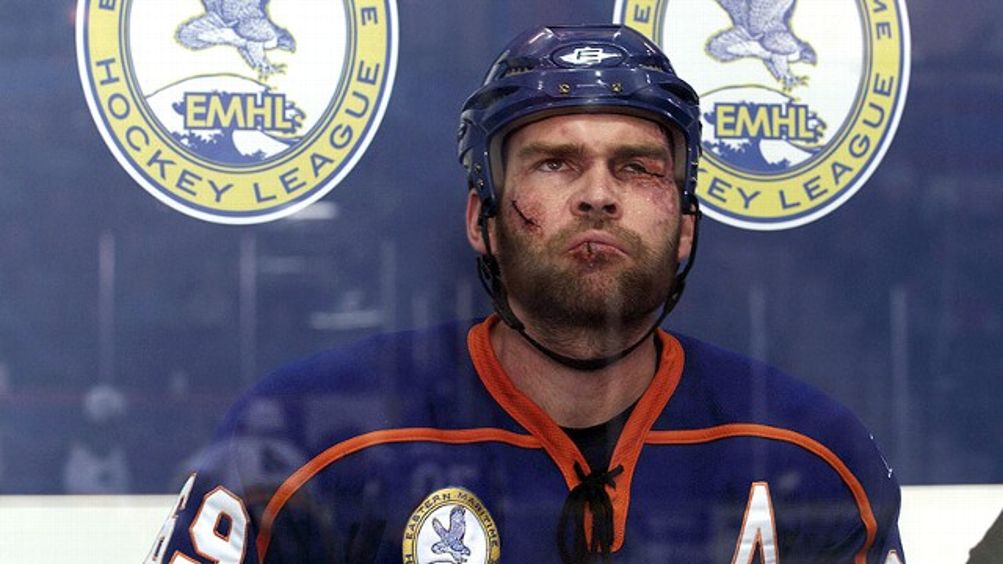 Doug Smith is a former minor league hockey player who didn’t learn how to skate until he was 20 years old. Nonetheless, Smith became one of hockey’s most notorious enforcers. His autobiography was turned into a movie, Goon, which opens Friday. He recently spoke with Grantland’s Davy Rothbart. For more with Smith, visit Grantland.com.

How did you first learn to fight?

My father was a boxer when he was a kid. He taught me as I was growing up — no different than any other father teaching his kid how to play baseball or football or whatever sport he enjoys. You want your boy to be the same. I remember having boxing gloves on when I was 8, 9, 10 years old. My father always had a heavy bag, so when he was done punching, I’d step in.

I was never a bully. My father always tried to instill that in me. “Don’t pick on people,” he told me. “Just because you know how to fight, don’t take advantage.” It was only for defense or for sport. I started entering Golden Gloves tournaments as a teenager. I enjoyed the science of boxing, which is why I eventually gravitated toward hockey.

What made you decide to move on from your life as a goon?

I was bouncing around the minor leagues, playing a few games at a time, just a gun for hire. If I had regular contracts, I would’ve stuck with it longer. But I had my eye on a career as a police officer, and was proud of what I’d accomplished. To play in the East Coast League, the American League, the IHL, it was a dream come true. I never scored a goal, and my only assist came when the puck bounced off my ass, but I wanted that goon résumé, and I got it. As a guy who’d learned the sport playing on a pond, with no expectations, the bit of success I had made it easier for me to walk away.

I also got into coaching. For 21 years, I was assistant coach at my old high school. We won three or four state championships. Hockey’s been so important in my life, and it all comes back to my friendship with Adam [Frattasio]. You couldn’t ask for a better friend. You don’t get many of those in life, so you cherish the ones you have. Without Adam, my life would’ve never taken the route that it took, and I’d have never become a goon or traveled the country or learned anything about the sport I love.

What advice can you give to hockey goons to help them come away victorious?

Whether it’s in the ring or on the ice, you have to respect your opponent. Don’t ever think you’re going to walk in and kick someone’s ass just because you’re judging the book by its cover. I fought a lot of guys that were bigger and taller and a lot meaner-looking than I am and marked them up. I fought guys that were smaller and shorter and lighter than me, kind, friendly-looking guys who kicked my ass. Try to get the skinny on these guys before you play them. Talk to your teammates: Is this guy a righty? Is this guy a lefty? Figure out who’s a quick puncher before you get out there. If you’re going to do a dirty job and be a team’s goon, you better do your homework and train hard. It’s no joke because you can get hurt for real.

Everybody’s got their own way of fighting. A lot of guys are offensive and come plowing in, full steam ahead. A lot of guys are defensive and they wait to see what you’ve got. As a boxer, I was a counter-puncher, so I brought that onto the ice. I waited for the guy to come at me so I could get an idea of what he was going to do.

One particular punch that I really loved was the uppercut. It’s a killer in boxing, and that’s with gloves on and your hands wrapped. In hockey, if you’re punching someone with a bare fist, and if you can throw an uppercut and land it, there’s nothing to protect them — no muscle, no support under the chin, nothing under their jawline. It’s one thing to rain punches off the side of someone’s head or hit them in the forehead. Your head is thick, made of bone, and you can take a lot of blows. Watch some hockey fights — they pound the shit out of each other for five minutes and nothing happens to them. It’s the guy who knows how to land that uppercut who really does some damage. It’s deadly.