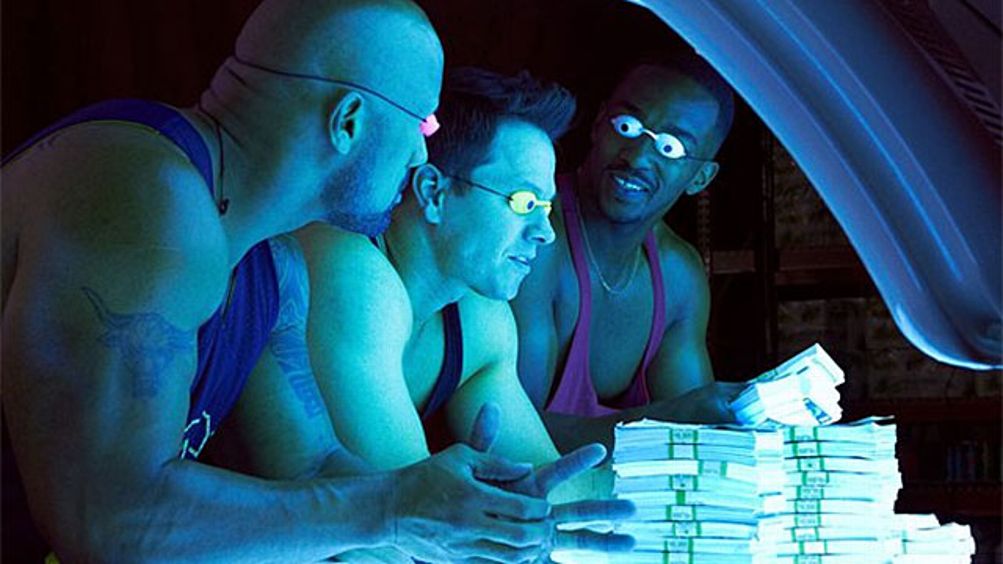 At 41, Mark Wahlberg might have discovered a sense of humor too late to laugh at himself. Yet here he is in Pain & Gain doing hanging crunches on the side of a building, hacking up a corpse wearing only a pair of Calvin Klein boxer briefs, and playing a conniving fool who understands that his body is a passport to riches. Fifteen years ago, this movie might have made him a star. Now that he is a star — one who created an HBO series about that stardom — mocking himself and the shirtlessness that made fame possible requires a director who wants to say more than “Mark Wahlberg used to be ‘Marky Mark,'” a director who can set an entire film in the world of personal training and physical fitness and do only a light workout, a director who doesn’t simply get comedy but knows how to execute the setups that result in jokes. You need the Coen brothers or Alexander Payne for that, filmmakers who know that touchless control is the key to a certain kind of farce.

Instead, the farce is courtesy of Michael Bay, who never met an idea he couldn’t blow to smithereens. Pain & Gain weighs about 700 pounds when it ought to weigh 2. The heaviness seems appropriate only in the most literal sense. The movie announces that it’s based on a true story, and when the word “unfortunately” appears on the screen, you know this is going to be the sort of comedy that keeps poking you in the chest with gags. It almost doesn’t even matter that the “unfortunately” is funny because it gradually feels like a preemptive critique.

The true story involves a Miami personal trainer named Danny Lugo (Wahlberg) who wants a lot for himself but doesn’t know how to get it. He winds up with a job at a fitness resort run by a sleazebag (Rob Corddry). Danny drives up the membership with perks like free workouts for strippers. These speedily edited scenes of Danny wandering around the floor, supporting some clients and rolling his eyes at others, have a nice easiness, and you want to see what Bay does once Danny decides to kidnap, torture, and extort a fortune from Victor Kershaw (Tony Shalhoub), the uncouth businessman he trains. Danny lets two other gym rats in on his scheme: Adrian, an inveterate juicer played by Anthony Mackie, and Paul, an enormous born-again ex-con junkie played by Dwayne Johnson.

Getting Kershaw looks like a simple in-and-out job, but their timing is always off. One night they’re all set to break in, but Kershaw and his wife have people over for Shabbat, so they have to turn around and try again later. They eventually capture him, and things start looking up for them, down for Kershaw, and then way, way down for his captors. The movie’s script is by Christopher Markus and Stephen McFeely and is based on a three-part series of articles Pete Collins wrote for the Miami New Times in 1999. The primary problem with what they’ve done is that too many characters narrate what we’re seeing. This is the sort of movie that’s got a lot of talking, and almost none of it’s necessarily comedic.

If we’re being honest, Bay does know what’s funny. It’s just never his plots or highly orchestrated action sequences: It’s the casts, which he doesn’t appear to control. That’s why in Bad Boys II he let Martin Lawrence run amok and in the Transformers series actors like Frances McDormand, John Turturro, Julie White, and Ken Jeong basically urinated on the material. That second Bad Boys is the best thing Lawrence has done in a movie, and Bay found a way to let him do it during the action sequences. They were making him lose his mind.

Jeong has a role here as a dubious motivational speaker who motivates Danny, and Rebel Wilson plays a nurse who helps Adrian with his steroid-induced impotence then falls in love with him. Both comedians hold fast to their respective shticks the way Bay lets such people do. Ed Harris makes a late arrival as the retired detective who helps Kershaw attempt to retrieve some of his fortune from the film’s three stooges, and perhaps is there to show how hard Shalhoub is working at Semitic, megalomaniacal misery. Harris breezily, uncharacteristically heads in the opposite direction, under-the-top. His scenes usually involve the wonderful Emily Rutherfurd, who plays his younger, sunnier wife. Actors this relaxed make you even less interested in all the murk and grisliness in the movie’s second hour.

But Bay also has Mackie and Johnson to lighten the load. Mackie spends most of the movie burying his intelligence beneath willful naïveté. He gives you the impression that Adrian was smart before he got to Miami. But Johnson is the best thing here. He has the only part with anything to it. He’s been looking for a role that lets him be funny and messy and damaged. Paul is a drug-addicted giant who’s fighting to stay on the wagon, a Jesus freak who isn’t sure how freaked to be, a giant with the mind and skateboard of a 13-year-old boy. Johnson’s the one actor who finds somewhere psychological to take his performance, and the sight and sound of him bleary and stammering and high and confused achieves both physical and emotional comedy. It’s shocking how at ease he is as this human mess within Bay’s larger commercial one. 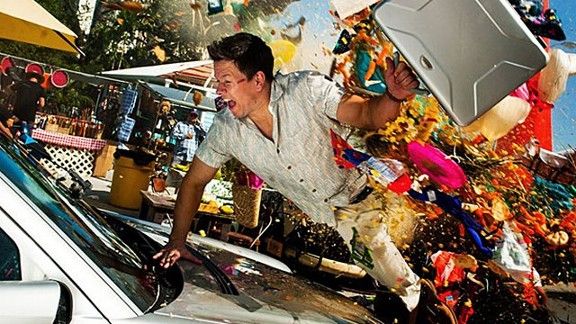 Pain & Gain becomes a stew of tonal incongruities — it’s based on a tragedy that’s played for laughs; the people who die so comically here actually died quite horrifically. The movie descends into appalling grandiosity — Goodfellas by way of Tony Scott. The Coen brothers similarly can be seen crossing the line from satire into sadism. There are loose similarities between this movie and their hateful little farce, Burn After Reading, but the ludicrousness there is at least truly ludicrous. This movie never sustains any ludicrousness. It’s as if the screenwriters tried to write something along the lines of a Carl Hiaasen Florida crime comedy and lost their way. Pain & Gain needs something more ecstatic — and by the second hour Wahlberg is really giving us everything he has. But he’s not that kind of star. He’s not a worker like Tom Cruise. His thugginess rarely has the capacity for neurosis or cogent desperation. He just tires himself out.

Every time the tension begins to mount here, someone starts talking, offscreen, about the plot. Bay spends the entire movie mistaking extreme slow-motion for comedy — it’s like he’s dunking the images in glue. He never gets to apply his keen sense of visual proportion and spatial relations, of how to upend the facts of geography and laws of physics with spectacular destruction. The movie wants to be lighter, but it simply can’t lose the weight. The image of Johnson carrying that skateboard tells you everything you need to know. He’s really too big to ever attempt to ride it, which would be funny. Instead, it just stands in for an actual joke.

Bay seems attracted to the movie because Danny’s inflated idea of what’s American has something to do with Bay’s epic sense of nationalism. The character says that it’s unpatriotic not to use everything you have to get what you want. That is essentially how Marky Mark became Mark Wahlberg. When Danny proclaims in a voice-over that America is the buffest country on earth, we’re meant to feel the mocking irony. But it’s distressing that the movie doesn’t have any moral alternative of its own. It loves Danny’s delusions and psychopathic pride. So all you feel from Bay is the “Amen.”