A Battle for the Best Chappelle’s Show Sketch Ever 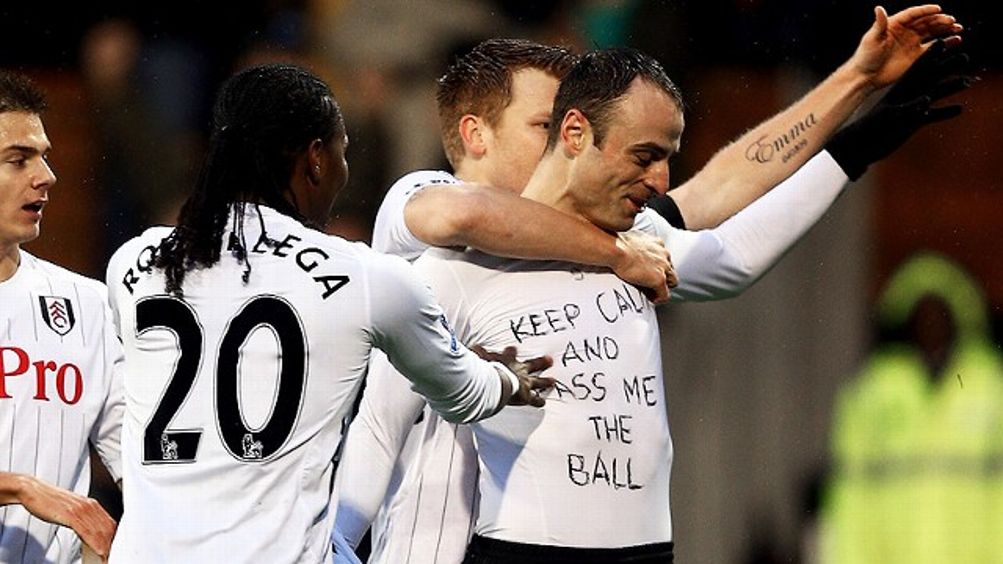 Soccer provides few opportunities for close-ups, so you flash personality where you can: meticulously sculpted faux-hawks and Prison Break–status tattoos, cheeky nutmegs and superfluous dribbling-for-art’s-sake, GIF-ready goal celebrations and radiant footwear. I’ve always loved that one of the most popular soccer boots on the planet is called the Mercurial Vapor — one of its signature colorways is “violet poppy/obsidian/orange.” The “Vapor” part is self-explanatory: It sounds cool, conjuring images of an unmarkable winger or striker — the shoe’s target market, really — teleporting into open space. “Mercurial” because, allusions to the god Mercury aside, it’s the perfect word to describe some of the world’s most talented attacking players: supremely talented yet fickle, volatile, erratic, tantrum-y, wanting of attention.

All of which makes the striker who falters all the more noticeable.1 Over the past two seasons, the sudden futility of Chelsea’s Fernando Torres has become one of the Premier League’s consistently baffling stories. He arrived to Chelsea in the January 2011 transfer window, having established himself as one of the world’s best strikers at Atletico Madrid and then Liverpool. The boyish,2 pouting Torres helped initiate Spain’s domination of world soccer when he scored the lone goal of the 2008 European Championship final against Germany. That goal captured everything about his gifts — he was fast and strong enough to get by or just shrug off defenders, yet careful enough to get the ball into the net by force or finesse. That breakthrough European Championship — it’s hard to remember that Spain once seemed so ordinary and unlucky — capped a remarkable run for the then 24-year-old Torres. During the 2007-08 season, he scored 33 goals in all competitions.

Some of Torres’s struggles since then come down to lingering injuries, and it’s hard to maintain that look of freckly ebullience once you’ve forced a transfer to a major rival.3 Now it’s just pure, grown-up “bitchface.” But his inability to fit with Chelsea’s squad of intergalactic superstars continues to mystify those around him, as well as seemingly random onlookers. Olympic sprinter Darren Campbell claims that two weeks of “intensive sprint training” will bring back the old Nando. Former manager Roberto Di Matteo suggests that he “has a psychological problem, and only Fernando can unlock it.” His confidence, Di Matteo continues, is suffering, and it’s a weariness Torres wears on his face. Perhaps this explains interim Chelsea manager Rafa Benitez’s protective encouragement of the striker he helped nurture back at Liverpool. “Fernando was doing a great job,” Benitez remarked after their 2-1 defeat of Arsenal on Sunday. “These people who like to quote stats and stats, they don’t have any clue about what is going on.” Of the “Torres Sucks” stats making the rounds, there’s one that’s especially cruel. A couple weeks ago, Stoke City’s Jon Walters gifted Chelsea two own goals and many joked that he had scored more times for Chelsea this year than Torres himself had. 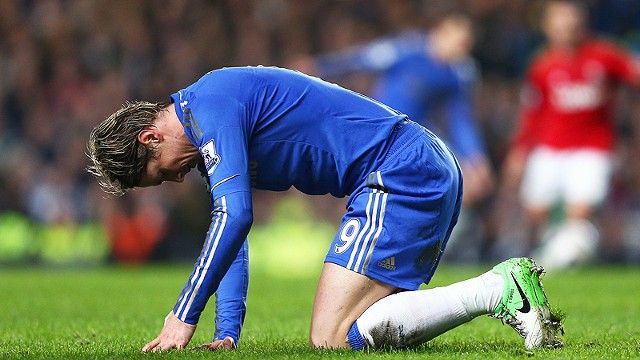 Still, Torres always seems on the verge of regaining his impudent swag, even if that expectation merely makes it seem all the more pathetic. How long can you wait? The memory persists of his proudest moment at Chelsea, a goal against Barcelona during last spring’s Champions League semifinals that sent commentator (and former rival Gary Neville) into an orgasmic tizzy. As I watched Torres pick up the ball and drive toward the opposing goal, I couldn’t help but imagine how he would fumble this opportunity. What new form of humiliation will we as a society soon be witnessing? That was a long run for someone with everything to think about. Instead, he scored and, for a moment, order was restored.

In contrast, I’ve grown accustomed to expecting absolutely nothing when Fulham’s Dimitar Berbatov touches the ball, since it’s impossible to guess what he might do with it. The Bulgarian striker is one of the Premier League’s most mystical players, languidly pirouetting as everyone else around him growls and huffs and proves their determination by stampeding as hard as they can. It often looks like Berbatov is playing an entirely different game out there. He’s slow on the ball, complete and elegant in his movements, rarely hurried, like the calm eye at the center of a cyclone. You can watch him score in sundry, totally unique ways, and yet how often does he use his left foot as anything more than a pivot?4 He looks alone out there, miffed that his teammates can’t read his thoughts and get him the ball where he wants it.

It’s as though our language is stretched when applied to the skill with which he controls the ball. “Everything he plucked out the sky died on his toe,” Newcastle manager Alan Pardew recently observed. “Modern society, never mind modern football, does not deserve Berbatov,” Rob Smyth recently wrote in The Surreal Football Magazine, and it’s the kind of cerebral praise (“existential striker” is another) that makes sense once you’ve seen Berbatov tame a long pass with a flick of the toe. It can be frustrating to watch if you think a striker needs to be pathologically addicted to goal-scoring. But greed doesn’t look the same in all specimens. Berbatov was a teenage prodigy for CSKA Sofia — good enough to be kidnapped — and a star for Bayer Leverkusen and then Tottenham Hotspur. Most recently, he spent four inconsistent years at Manchester United, winning a Golden Boot but never quite earning the trust of his manager, Sir Alex Ferguson, whose obsession with constantly improving his strike force seemed to destabilize Berbatov. Part of the problem was his presence. Everyone else was busy running up and down the pitch. True to his role, Berbatov would just graze peacefully by himself, occasionally holding up a brutal, quick-strike counterattack with his slow-mo grandeur. Was he uninterested, lazy, bored, unsuited to Ferguson’s fully committed, blood-oath style?

Berbatov is one of the more sympathetic stars in the Premier League. After leading the league in goals in 2010-11 — a season in which United finished first, despite Wayne Rooney’s mid-season threat to leave for rival Manchester City — Berbatov barely played last season. Ferguson’s acquisition of striker Robin van Persie from Arsenal finally freed Berbatov from his status as an insurance policy. At Fulham, Berbatov can be a freelancing genius, one of the focal points of an attack that, let’s be honest, rarely meets his majestic standard.

One of the few things Berbatov does seem to spend time “trying” to do — besides imitating how his doppelgänger Andy Garcia holds a cigarette — is coming up with messages for his undershirt. It’s become a tired tradition, but Berbatov single-handedly revived it the day after Christmas by scoring against Southampton and pulling up his jersey to reveal a form-fitting undershirt upon which someone with neurotic penmanship had scrawled “KEEP CALM AND PASS ME THE BALL.” Maybe, as Smyth suggests, Berbatov is here to prove something, to question our assumptions and short-circuit our expectations. What if genius doesn’t actually need to exert itself? Hard work, the sweat on your brow, a muddied uniform: It’s all a con. Why make a show of effort when your style is pure and effortless?