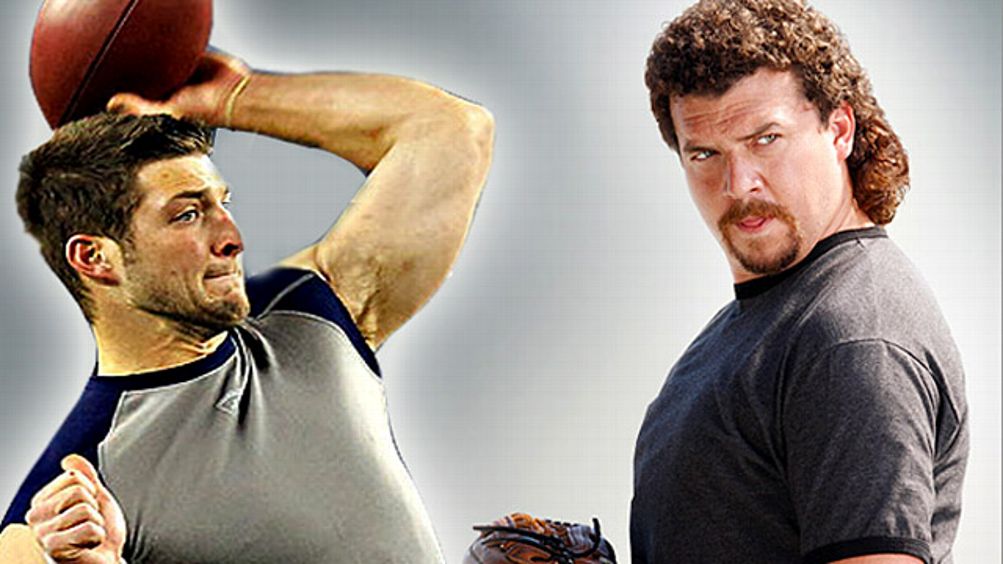 With football season over, we asked the most important athlete of our age to try to make sense of the mystical experience that was Tebowmania. He said yes, on one condition: that we not alter a single word of his piece. For better or worse, we agreed.

As Yogi Berra famously said, “it’s like Deja Vu came all over itself again.”

The more I read about Tim Tebow, the more I see similarities to my own life story. Our story begins with a young mother- to-be who wants an abortion. Instead, she mans up and has the baby, giving birth to a son-child.

This special son-child makes a life out of bucking the odds. Though neither the strongest nor the fastest, he excels at sports. Many experts doubt the remarkable lad. They tell him he throws funny, and that he doesn’t have the right physique for the game. It’s science, they say. He’ll only go so far.

Next thing you know, there are folks calling it a miracle. Maybe the Gifted Young Athlete is blessed by the Almighty, they say. Perhaps he really does have a fucking angel on his shoulder.

And suddenly the experts don’t look like experts anymore. By now, our hero has upset a whole lot of people. There are those who simply don’t like the idea of a man being favored by God. They feel his special relationship with Jesus diminishes their own somehow. If Jesus loves the Gifted Young Athlete, what does he think of the rest of us? Bunch of assholes?

So the haters multiply, and soon the resentment reaches a boiling point. And that’s when the torches and pitchforks and long knives come out. Yes, the world is given a savior but they choose to crucify him instead. Who’d a thunk it? The same old fuckin’ story.

Maybe that’s why Jesus likes us so much to begin with. He sees a little of himself in there.

You see, Gifted Young Athlete, people look at us and they see all they don’t have. It’s like, “homeboy’s over there gettin’ ‘er done! And Jesus loves him too! Fuck that guy.”

But can you really blame them? Wouldn’t you be pissed? Jesus helps us win at sports games, yet he’s nowhere to be found when poor people need important medicine for their kid’s infection, or when they’re late on a mortgage payment. Think about it. There are folks in Africa who get AIDS without even being gay. Yet here Jesus is, helping me & Tebow out in sports, just because we’re maybe a little bit cooler in his eyes. It’s a raw deal, plain and simple. Even though he’s hooking me up, I still see it’s kind of a cocksucker move on Jesus’s part.

But my advice to you, Mr. Tebow, from one Gifted Young Athlete to another: don’t kill yourself trying to make sense of all the madness. Just hold on to your dick and have a good time. Believe me, it’s all you can do. Make no apologies, either. Those are for weak people, and the haters will hate you anyway. It’s not our fault we’re awesome, playboy. It’s Jesus’s. As the gorgeous bitches in the makeup commercials used to say, “Don’t hate me because I’m beautiful.”

Eastbound & Down returns to HBO on February 19.