From Street to Sport: The Growth of Motorcycle Stunt Riding 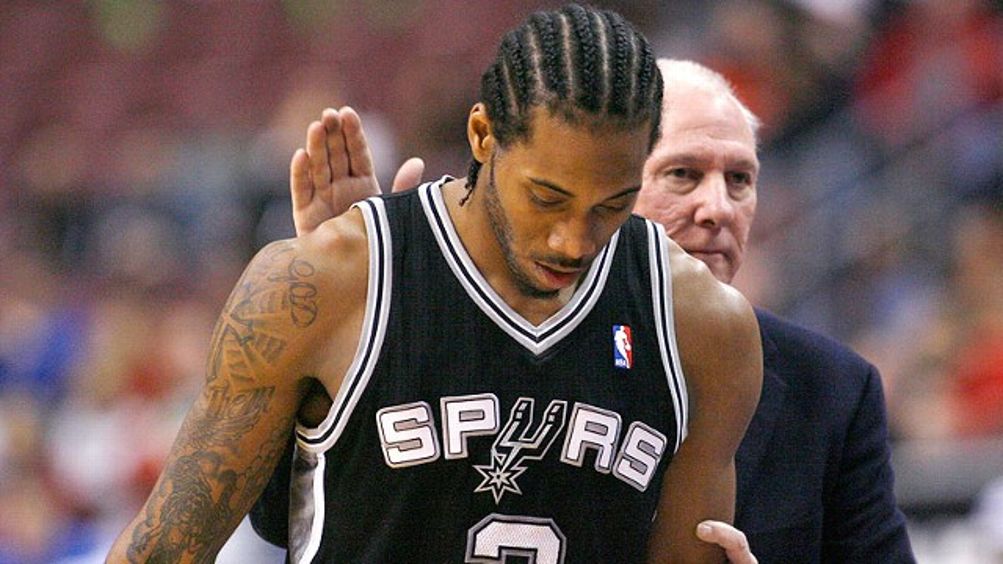 The Spurs rarely take chances. But to acquire Kawhi Leonard with the 15th pick in the 2011 NBA draft, they took one in giving up on point guard George Hill. In three seasons with San Antonio, Hill had evolved into one of the most beloved role players in recent team history because he expertly followed Gregg Popovich’s Guide to Making It in the NBA by Maximizing Your Strengths and Not Doing Anything Else. Many other players have passed through the Spurs development ranks to become solid contributors on NBA teams, but Hill was the best definition of a Spur — someone who overachieved by focusing on defense, developing a corner 3, and trusting his professional existence in the hands of franchise leaders. He was a “Pop Guy,” even if that label seems to inflate the market value of former Spurs.

The trade was a proactive move for the Spurs in the short and long terms — why not draft a player whose natural ability made him a more unique asset with a higher ceiling than Hill? That way, the Spurs avoided giving Hill an unnecessary hometown extension for an ‘adequate’ return. The expectations for Kawhi Leonard were not to replace Hill as a role player who complements the existing ‘Big Three’ of Tim Duncan, Manu Ginobili, and Tony Parker. At some point, Leonard is going to have to supercede one of the ‘Big Three’ and nudge his way into elite status. As we approach the playoffs, the only way the Spurs can beat teams like the Thunder, the Heat, or even the Nuggets is if Kawhi Leonard can make that leap right now.

Every year, the Spurs are among the serious playoff contenders — the team has finished in the top four in the Western Conference in 14 of the past 15 seasons — but it’s hard not to wonder if we’ve glorified their franchise model long after its useful life. As the team approaches the playoffs in an uncharacteristic funk,1 we’re watching it suffer from a mix of injuries and almost unheard-of behind-the-scenes chemistry issues. For a team that plays the regular season in such a way to ‘peak at the right time,’ the Spurs haven’t looked this out of sync in years. This season may finally be the point at which the team’s short-term and long-term flaws have collided.

It has been six solid regular seasons and five playoff failures since the San Antonio Spurs won the 2007 NBA Finals in a four-game sweep over LeBron James’s Cleveland Cavaliers. After winning four championships between 1999 and 2007, the Spurs’ prime may be in the rearview mirror. Furthermore, two of those championships involved David Robinson and the ‘Twin Towers’ model, which further marginalizes the history of the Spurs’ ‘Big Three.’ Despite staying competitive, five years without winning it all is a long time to continue to try to ‘figure things out’ with the same core. Things must change now. 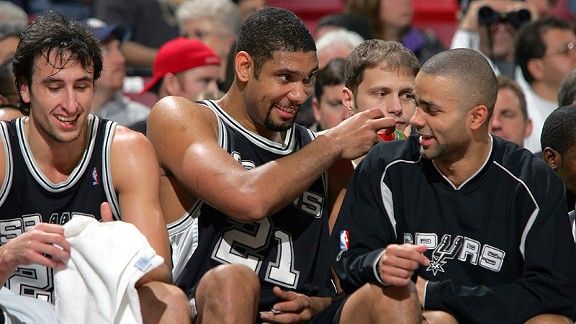 The Spurs can’t just keep shifting role players around, hoping their non-stars finally align. It’s an oft-cited idea that the thing that makes the Spurs such an effective regular-season team — consistency, commitment to system, lack of ego, corner 3s — makes them a static, predictable entity in the playoffs. It all goes back to the problem with George Hill–type players such as Danny Green, Gary Neal, and DeJuan Blair. Each has a ‘touching’ personal story of NBA achievement; they’ve learned to ‘become a Spur.’ But time has proven that a roster filled with ‘Spurs’ doesn’t ensure an NBA championship. These types of players are necessary on any team, but aren’t disruptive enough to change the course of a playoff series.

Leonard has to evolve into more than just a role player during the playoffs, or the decision to trade Hill for an unproven draft pick in 2011 won’t mean much of anything; just one more role player added to the pile. The urgency is heightened: Duncan and Ginobili are aging. Their time is running thin. Parker is somewhere between underrated and overextended from carrying the ‘Big Three’ for the past two seasons. Leonard has to challenge himself to be an offensive catalyst instead of floating in the ‘Role Player Zone.’

The abrupt release of Stephen Jackson indicated some sort of tension or disharmony in the team’s locker room. This is unprecedented. Spurs fans have fond memories of Jackson from his evolution into a ‘Pop Guy’ and key contributor during the 2003 championship run, but the reality is that the Spurs aren’t going to win a championship if they’re relying on Stephen Jackson to contribute in a playoff series. Cutting a symbolic leader feels like a final war cry, eliminating a link to the past to remind everyone that just because he has ‘been there’ doesn’t mean he will be here. The idea of ‘championship intangibles’ hasn’t worked since 2007 — hence yesterday’s signing of Tracy McGrady, a player who has never gotten out of the first round of the NBA playoffs.

Maybe this actually is Duncan’s last stand. Maybe this is the final run before the Spurs front office decides to trade away Ginobili before his body is ground to dust. Maybe the Tony Parker trade rumors will come true. Ginobili, who is 35, has played in just 93 games in the past two seasons; he just hasn’t felt like a member of the team. Nowadays, he’s like an antique car you take out to impress the neighbors — the fuel economy is brutal, but it can still motor down the road when you really need it.

Sometimes I wonder how the Spurs even got locked into a ‘Big Three.’ The consistency and stability of a roster can comfort a local fan base. Maybe that’s why there have been so many more ‘Big Three’–dominated rosters of late.2 And the number ‘three’ is a reasonable compromise: It demonstrates an absence of ego in a superstar-based team (of one) and an interchangeability of leadership and production in a democratized group (of five). But in the past few seasons, the Spurs’ ‘Big Three’ has been reduced to something like a ‘Big 1.7.’

Most NBA franchises competing at this level, but not winning it all in five seasons, would have overhauled their roster by now — flipping a valuable asset for a change of direction. At the beginning of every season, it always feels like it’s time for the Spurs to regress and show their age. But they always perform well enough for ‘one more run.’ It has been a misleading cycle that management may soon be forced to terminate. The Spurs have been held together because of some combination of potential and local appeal, the flip side to the Dallas Mavericks’ decision to cut ties with most of their 2011 championship pieces. Maybe champions deserve the chance to go down swinging until they’re waived into oblivion.

Basketball is allegedly the most expressive sport. You can tell a player’s life story, his core personality traits, by watching him for an entire game. But Kawhi Leonard never gives you much. He avoids eye contact. He’s shy, even awkward, on the court. His body language makes Tim Duncan seem like Rasheed Wallace. He has frightened eyes, though he never plays frightened. Those eyes make me wonder if he’s holding something back. I’m waiting for a moment when Leonard comes alive and realizes how great he can be, a moment when he realizes his significance. He’s a generational bridge between the Spurs’ deteriorating core and the future of the franchise.