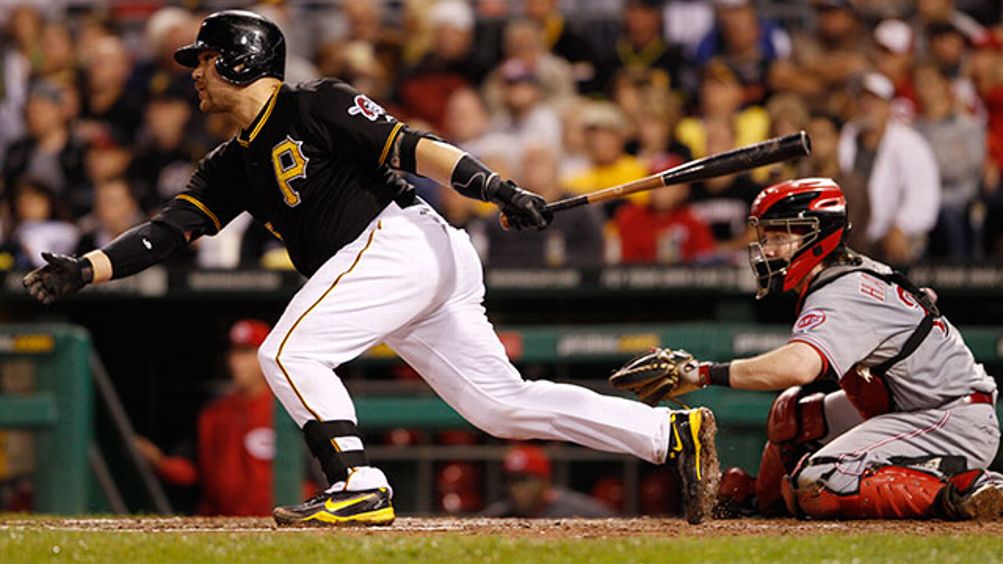 The 2013 baseball season’s over, and the Red Sox have walked away with the hardware. We’re not quite done yet. Let’s look back on what we learned from the 2013 season — the players and teams, wins and losses that will (hopefully) help us better understand what we’re watching in 2014 and beyond.

Every winter, teams scramble to make trades and splashy free-agent signings. When it’s all over, we media know-it-alls tally everything up, then declare with breathtaking confidence who won and who lost. The problem is, we’re doing it wrong. Signing the highest-priced free agent is great, but it might not get you far if you neglect other roster weaknesses to get there.

The 2013 Angels were a perfect example of this phenomenon. When the Halos spent $125 million on Josh Hamilton, it was hard to look at that team and see anything other than Mike Trout, Albert Pujols, and Hamilton laying waste to American League pitching. Problem was, their own pitching stunk. The top of the rotation was functional, if nothing special, with C.J. Wilson, 24 starts from Jered Weaver, and 24 more from Jason Vargas. But the 58 starts made by Jerome Williams, Tommy Hanson, and especially Joe Blanton were a nuclear disaster, and the bullpen was the sixth-worst in baseball by fielding-independent measures. This isn’t a one-year trend, either. One year earlier, the Angels (along with the Marlins) landed some of the biggest names on the market (Pujols, Wilson, Jose Reyes, Mark Buehrle) only to disappoint the following season.

2. Bargain hunting can and does often pay off.

Francisco Liriano. Russell Martin. Bartolo Colon. James Loney. Koji Uehara. Marlon Byrd. The list of low-priced free agents who delivered big returns for their teams in 2013 is a long one. Each of these players was acquired cheaply because he had a perceived defect. The Pirates got Martin cheap because he hit just .211 in 2012 — even though he bopped 21 homers, played his usual strong defense, and was just 29 years old. Loney hit a catastrophic .249/.293/.336 in 2012, but he was just 28 years old, played excellent defense, and had put up some decent offensive seasons, albeit without the power you’d hope for from a slugging-heavy position like first base. Liriano and Uehara had injury histories, though both had shown flashes of dominance when healthy enough to stay on the field. Byrd and Colon came with PED suspensions on their records (in Colon’s case, one that hadn’t yet ended), but Byrd was only a couple years removed from being a four-win player, and Colon actually pitched decently in 2012.

Colon and Uehara were freaks, pitching abnormally well given their age (Colon 40, Uehara 38). But Martin, Liriano, and Loney in particular fit the profile well: players who’d performed well earlier in their careers who were still in their twenties and thus still had decent potential for bounce-back seasons. Plenty of old biases remain alive and well. Prince Fielder can fetch $214 million because there will always be someone willing to (over)pay for home runs and RBIs. Meanwhile, defense remains underrated, batting average overrated — to name just two misguided stances. We haven’t had time to go through this year’s free-agent crop yet. But if you want to find the bargains of 2014, look for under-30 players who play good defense, are coming off ugly seasons by traditional metrics, and have some history of strong performance two or three years ago.

3. Having no weaknesses can be just as effective as being loaded with multiple stars.

The A’s have turned this idea into an art form. Josh Donaldson enjoyed a big breakout season in 2013. Otherwise, this was a team that relied on contributions from a wide array of players, all the way down to the bottom of their lineup, the back of their rotation, relief middlemen, and key guys off the bench. The Rays have two superstars in Evan Longoria and David Price, and also a couple of legitimate holes between the back of their rotation and their usual struggles when Jose Molina was at the plate. They also platoon, aggressively deploy defensive replacements earlier than most other teams, and routinely bring in relief pitchers to face opposite-handed hitters if their repertoires demand it, usually with strong results.

After two decades of losing seasons, the Pirates finally broke through, rolling all the way to the playoffs. Though Andrew McCutchen will likely take home NL MVP honors soon, the Buccos succeeded largely on the strength of diversified talent. They got solid contributions from their nos. 3 through 5 starters (Gerrit Cole, Jeff Locke, and Charlie Morton), from the bottom of their lineup (Jordy Mercer, once he grabbed the starting shortstop job), and from several relievers beyond the closer and primary setup man (Justin Wilson and Tony Watson chief among them). With the trade deadline approaching, there were some wildly ambitious calls for a blockbuster move. Instead, Pittsburgh filled out its roster with useful complementary parts: Byrd to plug a hole in the outfield (he was great), and a past-prime but still functional Justin Morneau to help at first base (he hit for zero power but did at least post a .370 on-base percentage in 25 games).

Lest you think this is only a worthwhile strategy for low-payroll teams, remember the mockery the Red Sox went through when they devoted their offseason energy to acquiring players like Shane Victorino, Mike Napoli, Stephen Drew, Jonny Gomes, Mike Carp, and Uehara, and the results they got from these complementary players.

As productive as in-season trades can be for some aggressive teams, the ideal scenario is to promote from within and have rookies shine. The Cardinals rode great hitting with runners in scoring position and big contributions from veteran stars like Yadier Molina, Matt Holliday, Carlos Beltran, and Adam Wainwright in their pennant-winning campaign. But they probably don’t make the World Series (or maybe even come close) without huge contributions from their rookies: Trevor Rosenthal and Carlos Martinez, Shelby Miller and Michael Wacha, Matt Adams, Seth Maness, and Kevin Siegrist.

If you’re looking for teams that might outperform expectations next year, scan the high minors of their farm systems for major league–ready talent. Actually, with Xander Bogaerts likely to claim an everyday job from Opening Day, and other dynamic prospects like Jackie Bradley Jr., Matt Barnes, Allen Webster, and others knocking on the door, the Red Sox could be one of those teams.

5. Don’t overreact to a bad season.

Last Sox reference: If a talented team can play poorly enough to lose 93 games, then come back the next season and win it all, that bodes well for some of 2013’s biggest disappointments. Everyone in the world loved the Nationals heading into this season. But Washington disappointed thanks to subpar seasons by multiple players. Adam LaRoche’s power dipped dramatically, Wilson Ramos missed half the year (and Kurt Suzuki stunk in his stead), Bryce Harper missed 44 games, Danny Espinosa was awful, and the bullpen ran into trouble frequently. Think of the Nats’ 2013 season as a bad result among a range of outcomes for a young and very talented team. And expect them to be right back in the playoff hunt in 2014, with a great trio of starting pitchers, a balanced lineup, and better luck than they had this year.

The Jays can’t claim the recent success the Nats had in 2012. In fact, with the Pirates making the playoffs this year, Toronto now owns the second-longest playoff drought in baseball, behind only the 28-years-and-counting Royals. But there were some good reasons for the baseball world to get excited about the Jays this year, even if 2013 ended with a last-place finish in the AL East. Granted, the starting pitching sucked, the defense sucked, and Jose Reyes missed a big chunk of the season as everyone figured. But Toronto had a bunch of terrible players suck up tons of playing time this year, which in a twisted way bodes well for 2014. Replace the replacement-level performances of Melky Cabrera, J.P. Arencibia, Emilio Bonifacio, and Maicer Izturis with even average production and that alone could spur a charge back to contention. As we wrote back in August: “It’s entirely possible that the Jays are a pretty good team hiding inside a terrible season.”

We’ll have to wait a while to see how it all plays out. In the meantime, get ready for another hectic Hot Stove season, then for new contenders and new stars to emerge next year. Just 104 days until pitchers and catchers report. Can’t wait.