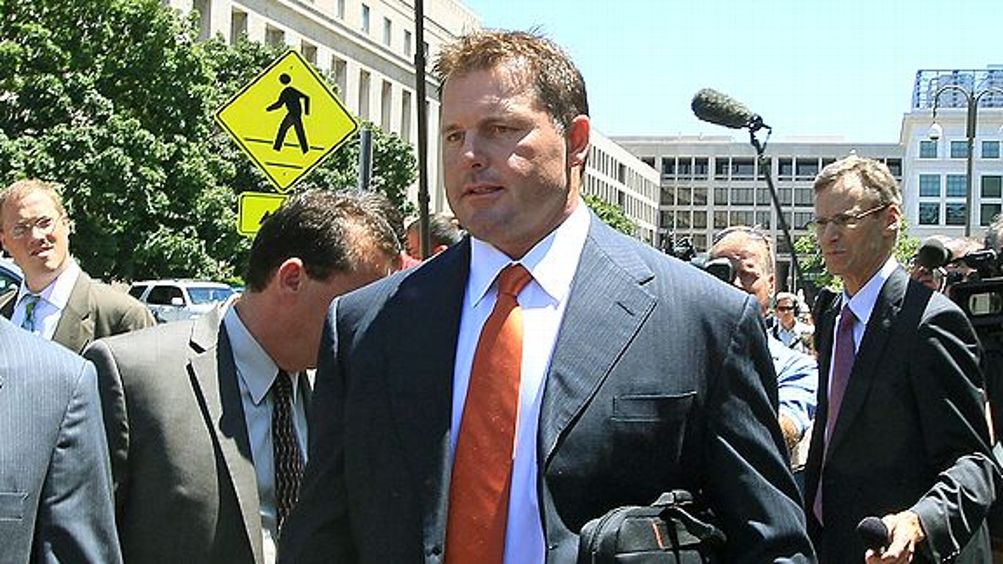 If you’re a baseball fan half-watching the news reports from the Roger Clemens trial, you probably have a lot of questions right now. Like: Didn’t the trial just start? How did it end so quickly? What the hell is a mistrial anyway? The Baseball Crank is happy to answer them for you.

The simple legal explanation is that a mistrial occurs when something goes wrong during a trial that would make it impossible to uphold a guilty verdict. Rather than waste time finishing the trial and getting a verdict that would have to be thrown out on appeal anyway, the judge simply halts the proceedings and sends the jury home. Judges have a lot of leeway to decide that a mistrial is necessary; as Chief Justice John Roberts explained in a 2010 case for which a mistrial was declared because the jury had deadlocked, “Trial judges may declare a mistrial ‘whenever, in their opinion, taking all the circumstances into consideration, there is a manifest necessity’ for doing so” — a fairly open-ended rule. If you’ve ever watched Law & Order, you’ve seen this happen a hundred times — and while mistrials aren’t as common in the real world as they are on TV, they’re a routine feature of the criminal justice system. Sometimes the court will rule that the defendant’s rights have been compromised so badly he or she can’t be retried, but mistrials more often allow the government to try the case again.

The roots of the rules against retrying a criminal defendant come from the Double Jeopardy Clause of the Fifth Amendment, which provides that you can’t be tried twice for the same crime. But the Supreme Court has held since 1824 that it doesn’t necessarily violate the Double Jeopardy Clause to try a defendant again if the jury never reached a verdict. And the rules for deciding when a second trial would be unfair to the defendant are also somewhat elastic — as the Supreme Court put it in 1973, there’s no “rigid, mechanical rule” for deciding when a mistrial makes a second trial impossible. Instead, the judge has to decide things like whether a second trial would drag the defendant through unfair delays, whether it would give the prosecution an unfair advantage to have a second bite at the apple (for example, where a prosecution witness failed to show up for trial or performed badly, or where the defense revealed a surprise strategy), and whether the mistrial was engineered on purpose by the prosecution’s misconduct. In Clemens’ case, Judge Reggie Walton hasn’t ruled yet on whether Clemens can be tried again, and has set a September 2 hearing date for arguments by the lawyers. So, in all likelihood, even if he makes a quick decision, a new trial is not going to start until October at the earliest, and could be many months later.

2. How Did This End Up as a Mistrial?

Clemens is on trial for perjury in his answers to Congressional investigators and in Congressional hearings in February 2008. Because his statements to Congress happened in Washington, D.C, he’s on trial there before the same judge who heard the perjury case against Lewis “Scooter” Libby, former chief of staff to Vice President Dick Cheney. Perjury cases are a strange animal, because the prosecution generally has to prove the facts the defendant lied about, that the defendant knew he was lying, and that the lies were about something that was significant to the investigation or hearing.

There was a lot of skirmishing before the trial over what evidence the judge would let in. Clemens’ former trainer, Brian McNamee, supposedly has physical evidence that Clemens took steroids, and Clemens is in big trouble if the jury believes that evidence. (His lawyer says it was faked.) But another key witness would apparently have been Andy Pettitte, Clemens’ longtime teammate in Houston and in the Bronx and one of the few people to escape an admission of steroid use with his reputation largely intact. If the jury believed Pettitte’s testimony that Clemens told him he’d used HGH, that would not only show that Clemens lied, but that he knew he was lying — so Pettitte’s testimony was obviously crucial.

One of Judge Walton’s rulings before the trial was that prosecutors couldn’t call Pettitte’s wife, Laura, to essentially repeat things Pettitte had told her he’d heard from Clemens, since she hadn’t talked to Clemens herself and would just be adding another voice to make Pettitte’s testimony sound more credible. But on just the second day of the trial, prosecutors played a videotape of Maryland Congressman Elijah Cummings quoting from an affidavit given by Laura Pettitte. That’s a double foul — not only did the prosecutors get her statements in front of the jury after the judge ruled they couldn’t, they did it without putting her on the stand to be cross-examined. Judge Walton, explaining that “I don’t see how I un-ring the bell” once it’s been heard by the jury, immediately stopped the trial and ended up declaring a mistrial at the request of Clemens’ lawyer.

Judges don’t always declare mistrials when juries hear evidence they’re not supposed to — there’s a lot of evidence that goes into even a short trial, and not all of it is make-or-break. Often judges just tell a jury to disregard what they just heard, and the legal system assumes that they obey those instructions. But Pettitte is clearly the second-most-important prosecution witness after McNamee himself, and likely the harder one for Clemens to discredit, with his soft-spoken demeanor, sincere faith and contrition for his own HGH use and none of the seediness of McNamee. Especially with the prosecutors having already violated another of Judge Walton’s rulings — referring in opening statements to HGH use by Pettitte, Chuck Knoblauch and Mike Stanton — Judge Walton concluded that this one was too big to let pass.

Now, it’s the great question of 2005-07 again: is that all for Roger Clemens? Will Judge Walton decide that it’s unfair to Clemens if he has to be retried?

It seems likely that the case can be tried again fairly quickly — the parties are ready and well-financed, the witnesses aren’t hard to find. So the arguments will most likely center on whether this was a stunt the prosecution pulled on purpose and whether it gets some unfair advantage from starting over or from having heard the defense’s opening arguments. Certainly Rusty Hardin, Clemens’ lead lawyer, is likely to make much of the argument that the prosecutors knew full well they were introducing evidence the judge had told them not to use. Judges don’t like being disobeyed. But he may have a harder case arguing that there’s any real advantage gained by the prosecutors or that they actually wanted a mistrial. After all, the government has already wasted a ridiculous amount of money on this case when the Department of Justice has much bigger fish to fry (people lying on Capitol Hill is the ultimate dog-bites-man story, and usually on subjects that pretend to be more important than baseball), and it won’t look good for these prosecutors if possibly the biggest case of their careers gets thrown out for good over this. And it’s much harder, if not impossible, for a defendant to argue that the court shouldn’t have called a mistrial when the defendant asked for one — as Hardin did here. So the likely outcome is another trial.

As for Clemens, he’s learning the hard way that criminal cases, unlike baseball games, sometimes make you wait a long time to find out who won and who lost. But it would be the most ironic ending of all if Judge Walton decides that the prosecution tried to get an unfair advantage and has its case erased from the books.