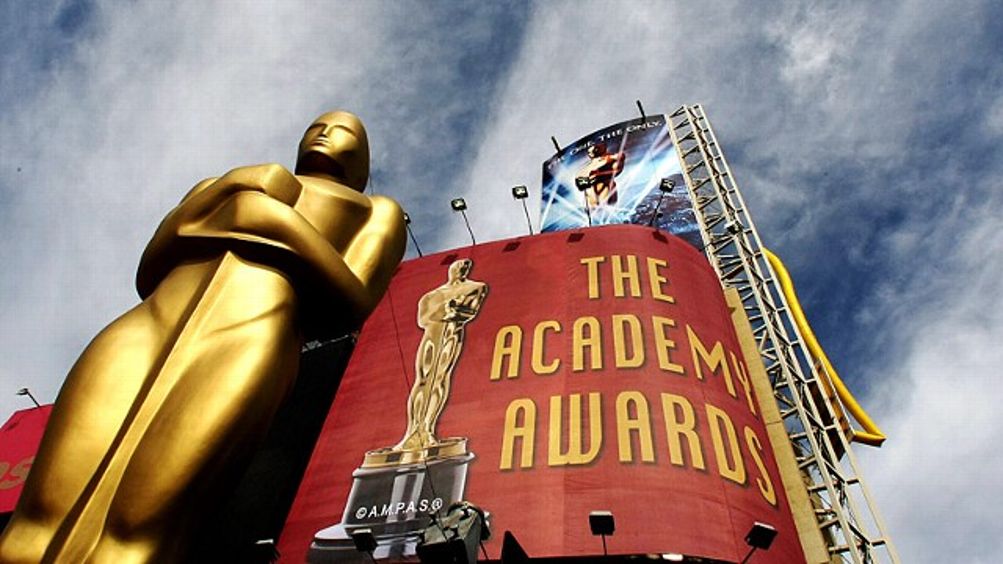 Whenever that class of person who says they don’t watch TV says, “I don’t watch TV,” two things happen. First, you wonder how it is that you keep getting stuck talking to that person. She’s everywhere (so is he) — dinner parties, the line for the bathroom, sitting across from you on date no. 3. Second, it’s said in a defensive, “badge of honor” way that can mean only that they’re lying or they want to watch but just … can’t … do it, the way that people on the Atkins diet used to go on sad tirades about the Satanism baked into bread. You just want to say, “Shut up. You’re an idiot.” Instead, you civilly list all the shows they’re missing and all the shows they’ve missed, then pretend you have to pee and avoid them for the rest of the night.

This is a long way of confessing that when it comes to the Academy Awards, I’m the no-TV-for-me guy. When I tell people I don’t care to know what 5,856 movie-industry professionals — whose racial and age demographics bear no relation to those of the rest of the country — think is the best of what they do, I’m remembering that Kim Basinger was effectively banned from Oscar broadcasts after she interrupted her presenting duties to gawkily but punk-rockly reprimand voters for failing to nominate Spike Lee’s Do the Right Thing for Best Picture. (She had been going through an I’m-with-Prince phase that had her moaning on a remix for his quiet-storm Batman sex jam, “Scandalous!”) I’m remembering that eight years later everybody had forgiven her brazenness and voted her Best Supporting Actress. I’m remembering thinking that none of this made any sense. It never, ever has — and trying to pretend otherwise is like staring at the sun during an eclipse. It’s just a foolish way to injure yourself.

Not caring about the Oscars is a type of self-protection. If you care too much, these people will find a way to hurt your feelings or break your heart or confuse you. They will find a way to give Kim Basinger an Academy Award. But, really, you do care. Even though caring means accepting the circus of it all, the strategizing and jockeying and campaigning, the incidental but not insignificant cheapening of any movie pushed through the awards-cycle meat grinder. It can be embarrassing and depressing and enlightening: These are the films, performances, and technical achievements the people who make a lot of our movies present as representative of their great taste, and that in itself is interesting, even when watched with an enthusiastic skepticism that asks, “How can this go wrong?”

Hollywood had an outstanding year commercially and a satisfying one creatively. It will be interesting to see how it chooses to reward itself for actually having made movies to enter in its horse race. On the one hand, a movie like Flight exists for this sort of adulation — a great feat of movie-star acting; a script people seemed to like, in part, because it was personal; a very good industry director. It also works as popular entertainment. It opened in November, but had Paramount released it in March no one would have forgotten how good Denzel Washington is in it. But the studio wasn’t taking any chances. Flight is the only such movie it has made this year. This is its Oscar movie. In the same way that Les Misérables is Universal’s and Zero Dark Thirty is Sony’s — unless Skyfall manages to sneak itself a Best Picture nomination. It’s been directed by an Oscar winner (Sam Mendes), strains for the kind of solemnity that made The Dark Knight such a tantalizing but crucially unsuccessful option for a Best Picture nomination in 2008, and just scored an auspicious Producers Guild nomination.

The Oscars never, ever have made any sense — and trying to pretend otherwise is like staring at the sun during an eclipse. It’s just a foolish way to injure yourself.

In Bond’s case, a Best Picture nomination would be quite a sneak. The Academy’s problematic preferential balloting system makes it hard for a mass-entertainment juggernaut like Skyfall to make the cut. A high enough percentage of voters would need to place it at the top of their ballot for it to pass to the next round of consideration. I just don’t see enough voters ranking it that high. Lincoln? Obviously. Zero Dark Thirty? Yes. It might feel good to put more idiosyncratic, passionately loved movies like Michael Haneke’s newest tale of demise, Amour, or the Mississippi Delta fantasia Beasts of the Southern Wild at the top of your ballot because if these movies work for you, they really work and you’d want the world to know. Voters might feel that way about Skyfall, but not enough to make a point about it. The movie’s billion-dollar haul might be Oscar enough.

Figuring out what to vote for is one thing. Figuring out how to vote is another matter, and right now the membership appears to be having a hard time with the how. Not only has the Academy moved up the nomination date. It’s also trying out a brand-new electronic voting system. Guess what? It doesn’t work! Some amazingly specific reporting at Deadline.com has resulted in a number of bewildering and sad but engrossing stories about registration alterations that provoked misunderstandings, one of which has meant that some voters haven’t been receiving paper ballots that once arrived automatically. Voting online entails an encrypted system that’s been known to crash. Here’s a sample from Pete Hammond’s story last week detailing what any member who doesn’t want to vote with a paper ballot risks experiencing:

The system, which requires members to have a special password (this in addition to their regular password that gains them entrance into the Academy’s website) and a code supplied by a phone call to an appointed phone number only when they actually set out to vote, is designed specifically for the Academy by a company, Everyone Counts (the result of an 18-month search), that does the same thing for the U.S. government with clients including the Department of Defense. It’s so loaded with specific safeguards and military-level encryption methods to keep hackers and imposters out that it is causing extreme frustration for some who have tried to vote. As a result some fear it could supress [sic] voter turnout.

Well, it’s good to know that life at the Academy of Motion Picture Arts and Sciences is just like working at any other company where nobody knows how anything works. Add to that the number of older voters sitting at a computer trying to figure out this system, and you have a perfect ad campaign for stamps.

The confusion has forced the Academy to extend the voting window an extra day. Ballots are now due this Friday, so if you’re mailing yours today, send it Express. As of now, entries received on Saturday won’t be tallied.

Here’s a fast breakdown of prospective nominees in six of the top categories. We can discuss what actually happens next Thursday.

Were the old voting system in place and the cutoff limited to five films, this would be a tough category to predict. Expanding that number to as many as 10 movies still allows for some suspense (for instance, did enough people love The Master enough for it to go anywhere?). Never mind that all this diversity would have been impossible to find three months ago. Before November, the nominees would have been Argo, Argo, Argo, Argo, Argo, and Argo.

If there’s a God: The Master
The people who don’t care for Paul Thomas Anderson’s epic of kindred spirituality and its discontents really hate it. Acknowledging greatness when it’s asking you to join its cult is hard. But this is just the kind of towering work of art that speaks to anyone who likes her movies visionary and timeless. I mean, I don’t see into the future, but I think in 20 years we’ll be asking, “Life of what?”

If there’s a God: Michael Haneke, Amour
This is the least elaborate of the Austrian’s bad-news scares. It’s essentially a grueling two-person duet. But it might also be the most transcendent of his masterpieces — the first time his exacting meticulousness has considered looking to heaven rather than lowering us to hell.

And one of these two:
Bradley Cooper, Silver Linings Playbook
Joaquin Phoenix, The Master

If there’s a God: Jamie Foxx, Django Unchained
It’s easy to watch the purple comedy Tarantino feeds Christoph Waltz and the florid bigotry he lavishes on Leonardo DiCaprio and overlook the fury smoldering in Foxx. Everybody around him slings lightning bolts, while he keeps a cunning straight face. Everybody’s clowning but him.

If there’s a God: Rachel Weisz, The Deep Blue Sea
It’s true that she seems too modern and intelligent to play a miserably married woman this hung up on a man who doesn’t love her right. But Terence Davies’s movie is set in post-WWII London, and that same modernity and intelligence make Weisz seem trapped in the wrong era. The beauty of her acting here is that she looks desperate for a way out of this world and can find only the most tragic exit.

If there’s a God:
Samuel L. Jackson, Django Unchained
It takes a certain kind of nerve to basically apply all the cool of your iconic badasser-than-thou persona to a house servant curdled by the spoils of his master’s home. What Jackson does here is more disturbing than the cartoon racists around him. It’s an actor taking a cartoon and turning it into a bile-spewing monster.

And one of these three:
Samantha Barks, Les Misérables
Ann Dowd, Compliance
Nicole Kidman, The Paperboy

If there’s a God:
Macy Gray, The Paperboy
I know: It’s another black woman playing a Southern housekeeper in the 1960s, but while Kidman’s sexual craziness is blowing voters’ minds, Gray is less flagrantly out there. Everything she does in this movie — the slurring, the flirting, the grogginess, the jazzed-down line delivery — completely reinvents the archetype and empties it of dignifying uplift. She treats this part as real women have always treated the work itself: like a job.