The Decline of Horse Racing 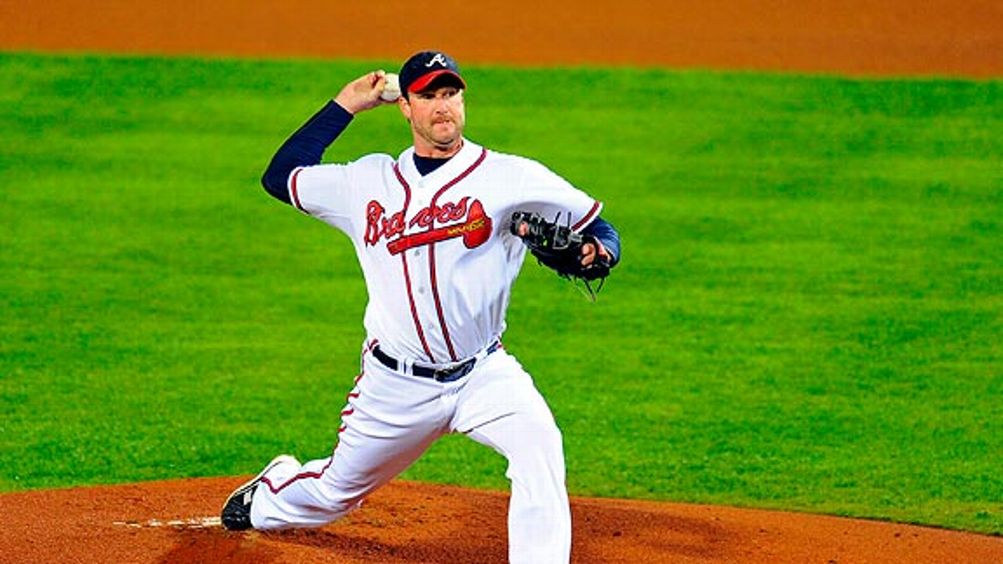 It was a move buried in agate type, if the Internet actually had agate type. The Cleveland Indians traded a B prospect for a 38-year-old pitcher coming off a 5.05 ERA season, plus some cash. But by picking up Derek Lowe for the 2012 season, the Tribe have taken on a rare experiment: They’re trotting out a collection of ground-ball pitchers that might be unrivaled in baseball history.

In adding Lowe to a rotation that also includes Justin Masterson and Fausto Carmona, the Indians will feature three of this year’s top eight ground-ball-inducing starters. Throw in Ubaldo Jimenez and his above-average ground-ball rate and the Indians will field a staff unlike any other in the game. In a perennially weak division where little edges can mean a lot, the Indians may have found a new path to success, and just maybe a 2012 playoff berth.

To understand how extreme the Indians’ staff figures to be, let’s dive into some numbers. Lowe triggered grounders on 59 percent of the balls in play hit against him in 2011, Masterson 55.1 percent, and Carmona 54.8 percent. Over the past three seasons, Lowe, Masterson, and Carmona put up composite ground-ball rates of 58 percent, 56 percent, and 55 percent, respectively, three of the four highest marks in baseball. With apologies to some of the Tommy John-led staffs and other grounder-heavy rotations of the past, publicly available ground-ball data goes back just a decade. In that time, only five other teams have deployed three starters with GB rates of 50 percent or higher — four of them Cardinals staffs led by sinkerball fetishist/guru Dave Duncan. None had a higher aggregate ground-ball rate among its top three starters than what Lowe, Masterson, and Carmona put up this year. Jimenez’s 47.2 percent GB rate was his lowest in any full season, but he’s still above 50 percent for his career. The Indians’ top four thus came in well above league-average ground-ball rates: 44.4 percent in 2011, 43.8 percent over the past 10 seasons.

So how does a team parlay a legion of ground-ballers into success? At its simplest level, the benefit of inducing a grounder is that it’s much less likely to go for an extra-base hit and impossible to go for a homer.1 Pitchers who induce a lot of ground balls, without racking up many strikeouts, might be able to keep their pitch counts down, thus enabling them to go deeper into games and save their bullpens. Ground-ball pitchers can also be a relative bargain: Every team, the Indians included, would most prefer a pitcher who strikes out a ton of batters and doesn’t walk many. But a staff full of Cliff Lees would wreck almost any team’s budget. Find five Jake Westbrooks instead, and you might still see decent results at a fraction of the price.

We’ve learned a lot more about pitching over the past few years, particularly that what we used to simply call pitching also involves defense, luck, and other factors. To leverage a staff full of ground-ball pitchers,2 it would make sense to field an infield full of vacuum cleaners. None of the Indians’ projected starting infielders grade out as elite defenders, at least not by Ultimate Zone Rating.3 But they’re still a solid bunch. The Indians see Jason Kipnis, the young second baseman entering his first full big league season next year, as average with the potential to be above-average defensively; ditto for 2011 rookie third baseman Lonnie Chisenhall. UZR hates shortstop Asdrubal Cabrera, but the Tribe think he’s a lot better than the league-worst defender UZR says he was last season. Meanwhile, utility infielder Jack Hannahan projects as a near-elite gloveman by virtually any measure.

There’s good news and bad news with that Indians infield defense. The good news is that the Indians allowed a .242 batting average on ground balls last season, ranking among the 10 best defensive teams in that regard. The bad news is twofold: First, what you see is probably what you get with the Indians’ infield, as Kipnis, Cabrera, and Chisenhall figure to be entrenched as starters — so trying an extreme alignment of superelite defensive infielders isn’t a viable option. Second, let’s say Indians pitchers generated 200 more grounders per season than the rest of the league — an aggressive prediction. Now, say they turned ground balls into outs at a rate 4 percent above league average, another optimistic call. Under that scenario, assuming Indians infielders converted 80 percent of grounders into outs instead of the league average of 76 percent, you’d generate 160 more ground-ball outs in a season. On the other hand, if those 200 extra balls in play were fly balls that didn’t leave the park, that could work out even better, since fly balls drop for hits far less often then ground balls do. All of which is to say, the direct effects could be minimal.

The Indians still have ways to better leverage the tendencies of their pitching staff, though. They could start Hannahan at third base instead of Chisenhall every time Lowe toes the rubber, maximizing their infield defense. Conversely, if and when the fly-ball-heavy Josh Tomlin starts, they can play their best defensive outfielders and go for an offense-first alignment in the infield. Who the Indians play in that outfield, as well as at first base, remains a mystery at this early date. Assuming he’s recovered from last year’s injuries, Shin-Soo Choo should be the starting right fielder. Michael Brantley could start in center if Grady Sizemore returns, though the Indians could also go after someone better. Meanwhile, left field and first base figure to be wide open, depending on how the Tribe deploy Carlos Santana and if they think Ezequiel Carrera and Shelley Duncan have any lasting value. If the Indians wanted to go to extremes, they could chase a (pre-2011) Adam Dunn type to play left, trading defense for offense when their four ground-ball starters take the mound, then subbing in a better defender when Tomlin pitches.

The next step could be to stock the bullpen with ground-ball artists, especially if they, too, come cheap. Shawn Camp tossed 66 innings with a respectable 3.91 FIP last year and a 53.5 percent GB rate (55 percent career), and could make less than the already affordable $2.3 million he pulled in for 2011. Potentially more expensive but also more enticing options could include submariners Brad Ziegler (3.38 FIP, 62.4 percent GB rate for his career, 2.55 and a sky-high 68.6 percent in 2011) and Kameron Loe (2.80 FIP, 63.3 percent GB rate in 2011, his career year).

How far the Indians take their ground-ball strategy remains an open question with Hot Stove season just getting started. Like every other team, the Indians’ goal is to acquire good pitching first and foremost. But with their likely-to-be-limited payroll, loading up on ground-ballers could be a market inefficiency worth exploring to the fullest.

As for Lowe, Cleveland will pay just $5 million of the veteran right-hander’s $15 million walk-year salary in 2012. That 5.05 ERA he posted last year could be misleading, too. Lowe stranded just 65.9 percent of his baserunners in 2011, a figure that can be exacerbated by shaky bullpen support and random statistical variation. Ditto for his .327 batting average allowed on balls in play, the second-highest mark of his career and a number that may well regress to better results in 2012. His walks were up, but Lowe also flashed his second-best strikeout rate in a decade, while doing his usual commendable job of keeping the ball in the park. Indians staff believe that even at age 38 adjustments can be made, with Lowe changing his pitch distribution and sequencing, and correcting a tweak in his delivery that helped yield some ugly results late last season. With his sinker remaining one of the game’s heaviest, the Indians are optimistic they’ve found a pitcher who won’t show his age.

“We didn’t acquire Derek Lowe with the specific goal of adding another ground-ball pitcher to our staff,” said general manager Chris Antonetti. “While we like that attribute about him, the primary driver was our belief that we had an opportunity to acquire a very durable starter4 that seemingly had a down year qualitatively. We think Derek will perform better in 2012 than he did in 2011.”

If Antonetti’s prediction pans out and their worm-burning staff excels, we’ll say the same about the Indians. You’ve been warned, AL Central.

Polarizing Trade for Two Deep Sleepers
Five Tips to Get the Cubs on Track
Canadian Sports Anchor’s Kent Brockman Moment
Farewell, Frank: Dodger Faithful Have Reason to Rejoice
Are the Cardinals the Most Unlikely Champions of All Time?