Sounds of the City

If I Ruled the (NBA) World 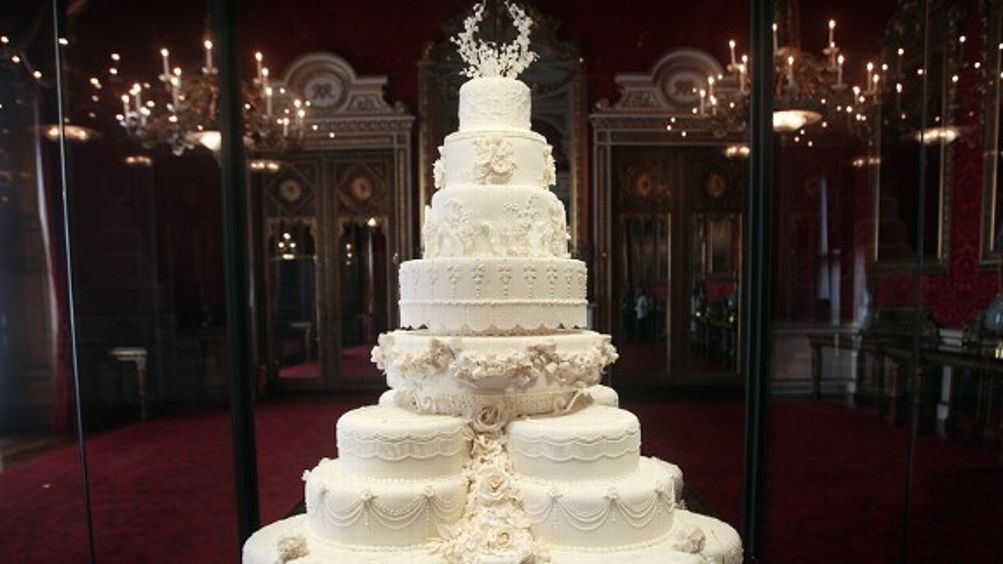 Today is Election Day across America, and as we celebrate it by muttering obscenities about petty municipal grievances or harassing our neighbors into voting yea or nay for pet causes, it’s worth remembering that even politicians are people, too. And there may have been no better reminder recently than the New York Times wedding section, where limousine liberals and knee-jerk conservatives alike can agree on one thing: One thousand bucks just for the tablecloths? What the …? And here they thought Congress was bad.

There were many proud political papas walking their daughters down the aisle over these past several weeks. Among the fathers of the bride were Dennis Kucinich, Al Franken (whose daughter Thomasin Davis Franken was “named for his former comedy partner on the show, Tom Davis”; I look forward to the birth of Jimmye Kimmella Simmons one day), and George Pataki, whose daughter and son-in-law were this month’s overall highest-scoring couple, based largely on the strength of having the most NUPTIALS “Identifiers” of any duo that has been scored since the inception of this column. (“Facebook,” “dormitory,” “thought he was kind of a jerk,” “lacrosse,” and of course “governor,” among others, appeared in the announcement.)

Pataki and Levy are a lovely young pair, and I mean that, but there is one detail tucked into the story of their blossoming young love that I simply can’t let go unremarked upon:

Not long after the midterm exam, Ms. Pataki realized that Mr. Levy was a catch, too, and asked him to dance at a party at Toad’s Place, another New Haven bar. Then she kissed him.

Toad’s Place is not just “another New Haven bar.” Toad’s Place is a venue that was once described thusly: “With a booty cam that flashes shots of our most ridiculously decked-out classmates freaking their way to the limelight and Chester-the-molester townies around every corner, it is nearly impossible to take the place seriously. Anyone that has ever seen the production that goes on during ‘The Thong Song’ on the upper stage — the highlight being bouncers that physically remove all lingering males — can’t help but be amused.” Toad’s Place is the type to have a cafe permit yet serve only Chex Mix. I once went to a Bone Thugs-n-Harmony concert at Toad’s.

My point: Having the fact that you “asked him to dance at a party at Toad’s Place” written up in the New York Times is like being a high school freshman, sneaking out to some senior dude’s house for a rager while his parents are away in St. Barts, dropping E, going skinny-dipping, waking up in a tree wearing novelty antlers, and then going home and casually telling your parents, “Oh, Bobby just had a few people over, we had a lovely time.” Now you know, former Governor Pataki. Now you know.

Now that daylight savings has ended, it’s officially that time of year when the New York Times’ target reader is brewing a fresh one-cup of Keurig, sitting down in their well-appointed breakfast nook, flipping open the “Sunday Styles” section, and saying to their significant other: “Honey, I saw Patagonia is having their semi-annual sale and it reminded me: Where should we go skiing this winter?”

The Times knows this, which is why over the past month it tucked away some of the most perfect ski-travel service journalism you can find. We start with the marriage of Erin Darboven and Douglas Havlina, both of whom work for the Bureau of Land Management. But that’s just the bride’s Monday-through-Friday job: On the weekends, she “also does avalanche control work with the Alta Ski Patrol in Alta, Utah, set[ting] off avalanches with dynamite to reduce the risks to skiers.”

Alta is a mountain so old school that snowboarders are not allowed and the avalanche-control work is done using vintage Korean War-era military surplus shells. And so it’s no surprise that Darboven would become devoted to a man she met when she “went to Boise for a weeklong fire ecology class” that he was teaching, or that one of their first dates involved “an evening run through the foothills of the Wasatch mountains.”

As with any new couple, the pair had to battle divergent interests:

“I told her I liked to hunt big game — deer, elk and bear,” he said. “She told me of the avalanche control and skiing, and that was totally foreign to me. She didn’t understand big-game pursuits, and I didn’t know about skiing.”

But “when he recited some lines from T.S. Eliot’s ‘Four Quartets,'” the former Fulbright fellow bride knew she had met her match. Before long they were riding bikes to Basque restaurants in Boise (that sounds, by the way, like the kind of line I used to have to lisp out in speech therapy; I had a rough childhood) and climbing Mount Borah, where they said their first “I love you” atop the summit, with its “sweeping views of Idaho, Utah, and Montana.” So outdoorsy. So rugged. So totally Alta.

On the flip side is Aspen, home to some pretty great skiing that is overshadowed by its ritz and glitz. If Alta is a place where fire ecologists and resource managers find each other, Aspen is one with a newspaper column called “The Princess’s Palate, which was supposed to be about food but quickly turned into a rant, a funny rant, about life as a single woman in a ski town where men outnumber women, and often infuriate them.”

The palated princess in question, Alison Berkley, “rides a pink bike and is bubbly almost to the point of being airborne”; she also “grew up in Connecticut, teaches yoga and once taught snowboarding, has a slow metabolism and terrible eyesight, a tendency to overspend on facials and shoes, and friends who are skinnier, taller, and fitter than her.” And while “she might now have the endurance for climbing mountains, she certainly has stamina when it comes to love.”

A girlfriend of mine who lives in a similar ski town once told me, when I remarked on the favorable male-female ratio, that the saying goes: “The odds are good, but the goods are odd.” Berkley had a similar experience in Aspen, where most men “are looking to avoid commitment.” She worried that she was “destined to be a cougar.” Instead she met, après-ski on New Year’s Eve, Ryan Margo, a man with a bike he calls Frankenstein, a former gig as a DJ and a current one as a maintenance man, and a New York Times-style knack of speaking in perfect pun form. “I burned through ladies like I was spinning CDs,” he said of his bachelor life.

You know what happens next: They meet at a restaurant called “Cache Cache” and the rest is beautiful history. So totally Aspen.

So, we know that October was a good marital month for the children of politicians, and for skiers — let’s call it Kennedy Season. Which brings us neatly to another of the featured “Vows” column couples, Victoria Anne Bonney and Joseph Kearns Goodwin. The groom grew up “steeped in politics” as the son of Doris K-G, “the presidential historian,” and Richard N. Goodwin, “a writer who advised John F. Kennedy and Lyndon B. Johnson.” After returning from a Bronze Star-earning tour in Iraq, the groom joined the Senate campaign of Stephen Pagliuca, an owner of the Boston Celtics, where he met his match in Victoria Bonney.

With 18-hour workdays spent in close quarters (often Mr. Pagliuca’s pink Lexus sedan, with Mr. Goodwin driving the candidate to events and Ms. Bonney sitting in back), their romance bloomed fast and evolved even faster, though it remained a secret for the duration of the campaign.

Pink Lexus? They didn’t mention that in addition to being part-owner of the Celtics, Pagliuca was also moonlighting with Mary Kay. But I digress: The couple ultimately realized just how many values they shared, and were “unafraid to challenge each other, whether over their positions on the death penalty or how soon to get the pet of their dreams, a Bernese mountain dog.”

More than 200 guests attended their wedding, among them John Kerry and a requisite Kennedy spawn (Joseph P. the III, grandson of Bobby).

Some other October observations:

Previously from Katie Baker:
The Rise of the Female Distance Runner
Benching Ovechkin
The Horrible Habs
Coming to Grips With the Winter Classic
The Endless Battle Over Hockey Fights
Week 1 in the NHL
How to Pick an NHL Team