My High School Got MADE 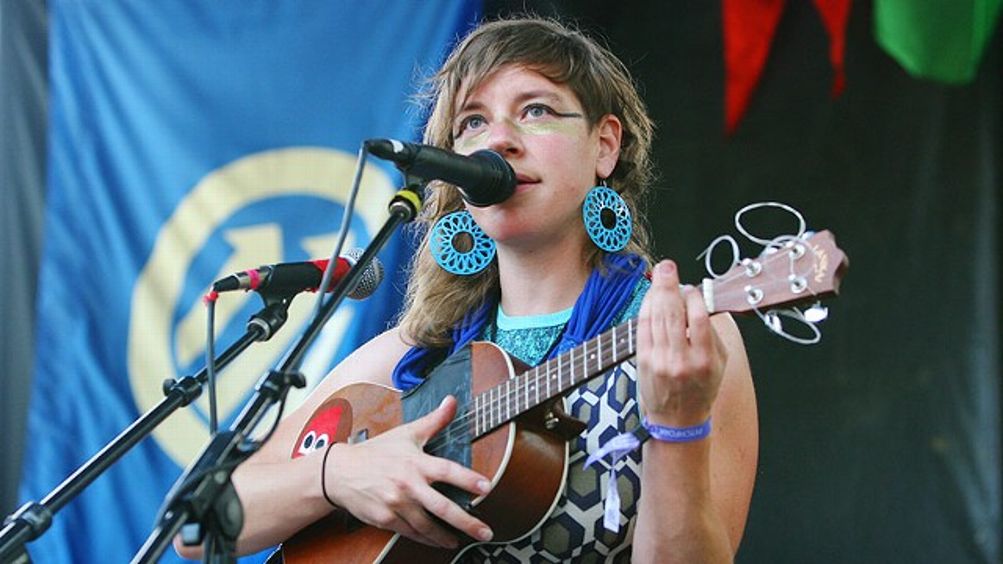 The album w h o k i l l by tUnE-yArDs was just named record of the year by voters in the 2011 Pazz & Jop poll.

I’m guessing this doesn’t mean much to more than (maybe) 10,000 people in the entire country. In fact, if you effortlessly understood 100 percent of this article’s opening sentence, you can probably skip the rest of the piece. But there’s something about this situation that I find pretty fascinating, even though it’s speculative and only partially related to music. When (and if) you listen to w h o k i l l by tUnE-yArDs, you are listening to two things: a record that’s very good, and/or a record that will someday seem way worse than it actually is. And logic suggests the latter is more likely than the former, even though that’s no reflection on the value of the artist.

I’m not really in a position to argue for (or against) the merits of tUnE-yArDs, simply because I’ve barely listened to w h o k i l l. Had it not won the Pazz & Jop1 poll, I might not have listened to it at all. It’s been on my iTunes since whenever it came out, I know my wife loved it, and I had no problem with it ideologically. I just never got around to playing it. Somehow, I hadn’t read a single story about tUnE-yArDs, so I wasn’t even sure what genre of music it was supposed to exist alongside. The only thing I knew was that the words “Tune Yards” were spelled “tUnE-yArDs,” which seemed like reason enough to ignore it (not a good reason, but a reason nonetheless). But then it was voted no. 1 in this poll, which made me think, I should at least know what it is. So I started playing it, totally uninformed and with no motive beside sincere curiosity. This being the Internet, you can listen to it yourself. If you don’t feel like listening to it, here’s enough information to pretend like you did:

1. tUnE-yArDs is essentially one person, a somewhat androgynous American woman named Merrill Garbus. This is her second album. I get the sense that asexuality is part of her hippie aesthetic, because I just looked at the tUnE-yArDs Wikipedia page and noticed that the wiki writer put a lot of effort into never using gender-specific pronouns.

2. Garbus was formerly employed as a puppeteer, if that sort of thing matters to you.

3. The music on w h o k i l l is focused around its percussive elements. You could dance to much of it, but I can’t imagine a social situation in which anyone actually would. There are horns, but they’re not overused. It doesn’t sound anything like Stereolab, but it sounds like an album made by someone who believes Stereolab was awesome. It’s a sophisticated interpretation of primitive music, vaguely akin to the Moldy Peaches (but less funny and with more looping).

4. I have no idea what these songs are supposed to be about. The lyrics are superficially indecipherable. There’s one track (“Powa”) where Garbus briefly and convincingly sings like Robert Plant. There’s another track (“You Yes You”) where she repeatedly screeches the phrase “What’s that about?” and it might be the single most grating musical moment of 2011.

5. w h o k i l l is not avant-garde, but it is experimental. It has a cultic, chaotic, stand-alone quality that makes it worth investigating. It’s smart. But it will never be popular.

The takeaway from all this, I suppose, is that w h o k i l l is a creative record, made by an auteur with (at least a modicum of) irrefutable talent. But the fact that this subjective opinion has now been validated by the only sector of the media that cares about such qualities puts the 33-year-old Garbus in a strange cultural position. It’s possible that she’s an authentic genius, and that w h o k i l l will mark the “breakthrough” beginning of a major career punctuated by intermittent moments of meaningful innovation. She could end up like James Murphy or Cat Power. But it’s just as possible — in fact, more possible — that this will not happen. She will probably just make a bunch more albums of varying quality, none of which will get the collective adoration of w h o k i l l. And then Garbus will end up with this bizarre 40-year-old life, where her singular claim to fame will be future people saying things like, “Hey, remember that one winter when we all thought tUnE-yArDs was supposed to be brilliant? That fucking puppeteer? Were we all high at the same time? What was wrong with us?”

This will be her retrospective penalty for resembling a potential genius, assuming she never actually becomes one: Garbus will become the punch line for highly engaged music fans who want to make jokes about how they themselves were wrong about her.

At this point in her existence, I can’t imagine that Merrill Garbus has been able to reap much tangible benefit from her talent. I’m sure she’s not rich, unless she was born that way (one of her songs was used in an episode of The Good Wife and another was in a phone commercial, but that’s hardly a gold mine). There’s nothing about her music or persona that suggests she’s enamored of the concept of fame and attention. She is, at least within the idiom of rock, a serious artist. So the only things that matter are (a) her reputation among other serious people, and (b) how she views her own work and identity (which is, of course, partially dependent on the reaction of her audience). In other words, her real career starts now. For the next 15 years, she must validate other people’s belief in her own brilliance. There is no other option. Because if she doesn’t, those same people will view her inability to become transcendent as hilarious.2 They will look back at w h o k i l l and talk about it like it’s Cop Rock. And they’ll technically be making fun of themselves, but she’ll be the only person being criticized by name.

I am rooting for you, Merrill Garbus. I like your record, and I hope you make many more. I want you to be a genius, and I have no reason to believe that won’t happen. But maybe don’t sell the puppets, because maybe you are doomed.