Who Moved My Cheese?

The Question of Bruno Sammartino 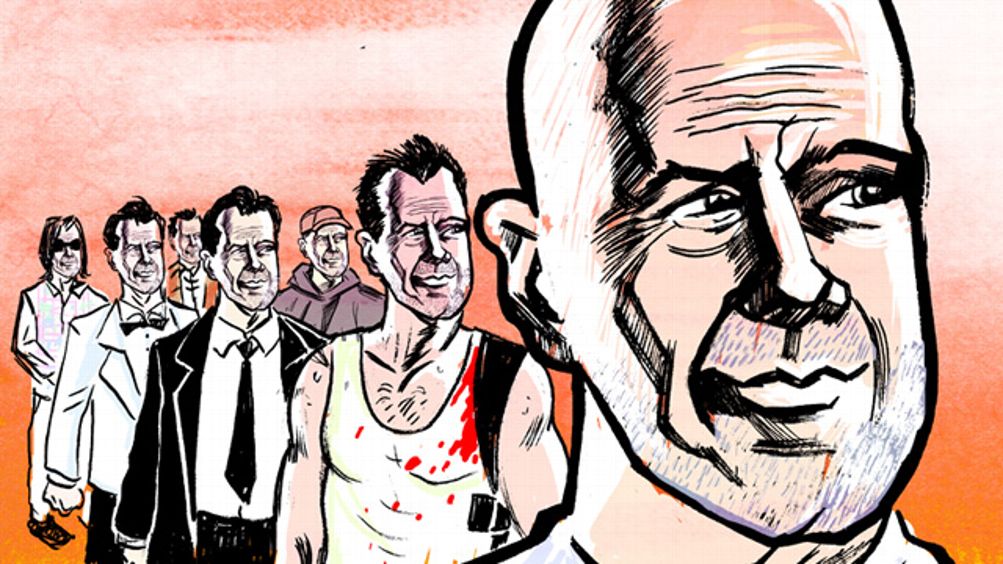 The original Die Hard was based on a 1979 novel by Roderick Thorp. He’d seen The Towering Inferno, and then the story came to him in a dream: German terrorists, led by one Anton “Little Tony” Gruber, seize the L.A. headquarters of the Klaxon Oil Corporation and run afoul of retired New York cop Joe Leland, whose daughter is among the hostages. The novel was called Nothing Lasts Forever; the persistence of the Die Hard franchise suggests an alternative viewpoint. “How can the same shit happen to the same guy twice?” wondered Bruce Willis’s Detective John McClane, way back in 1990’s Die Hard 2: Die Harder. If only he’d known.

This month’s A Good Day to Die Hard is the fifth Die Hard movie. The night before it opened, it had a 10 percent critical rating on Rotten Tomatoes and a 98 percent “Want to See” rating from audiences, and that disparity kind of says it all.1 No one in this franchise’s customer base expects a Casino Royale–style reinvention. There is no Die Hard mythology. People want to see Bruce Willis say “Yippie-ki-yay, mother[F-WORD MUFFLING EXPLOSION]”; the rest of the movie is a loss leader for that moment. 2007’s Live Free or Die Hard made $384 million worldwide, despite being an embarrassing cash grab in which John McClane fights cybercriminal Timothy Olyphant with tech support from Justin Long. As long as he can meet the physical demands of the job, Willis will keep going back to this well, because there’s always water in it — although I suppose the chance to work with the director of Max Payne and one of the writers of X-Men Origins: Wolverine was tempting enough on its own.

Willis didn’t get his first real break until he was almost 30. He had plenty of bartending experience and only a few noteworthy acting credits — a well-received stint in Sam Shepard’s Fool for Love off-Broadway and a guest-starring role on Miami Vice. In the first-season episode “No Exit,” he plays an arms dealer named Tony Amato. The first time we see Amato he’s outside Miami’s iconic “Pink House,” in an abstract-print Zack Morris shirt, getting into a burgundy Maserati; later, while casing Amato’s home, Tubbs marvels at all the Adolfo and Cerruti in his closet.

At least back then, Willis was a weird choice to play a player; when he wears a tuxedo in this episode, he looks like he’s just finished fighting a bull in it. But under the designer wardrobe, Amato’s a lowlife; he’s physically abusive to his wife, who ends up betraying him to Crockett and Tubbs and then shooting him. Willis is always, somehow, symbolically, a man in his undershirt. He’s said to have shown up at his Moonlighting audition with “a spiky-punk hairdo, combat fatigues and an earring.”2 He got the part and stayed with that show for what seems in retrospect like a long time, even after Die Hard came along and changed everything.

This happened mostly because Die Hard is just about perfect — a resolutely human-scale blockbuster as elegant in its bombast as the “Ode to Joy” quotations director John McTiernan asked Michael Kamen to thread into the score, so that the terrorists would remind us subliminally of Droogs. Willis shot the movie at night, working around his Moonlighting schedule; he got $5 million for the film, which seemed like an absurd payday for a TV goofball stepping into a role that Richard Gere and Burt Reynolds had reportedly turned down. Watch the movie, of course, and it seems like a bargain: As the man caught up in the gears of the story, Willis cracks mordant jokes about his predicament, feels fear, bleeds, and calls himself an asshole. Over 35 minutes go by before he points a gun or throws a punch, during which we get to know Willis as a warrior with a broken heart, a cynic whose love for his estranged wife (Bonnie Bedelia) undercuts everything he thinks he’s learned about human nature from a life spent putting New York scumbags behind bars, and a nervous flier.

Think of McClane in the airport, watching the girl in the white stretch pants leap squealing into her boyfriend’s arms and saying to himself, “California,” as if physically demonstrative affection were some kind of weird New Age/Tantric thing. McClane is judgmental of the world like someone who knows it’s passing him by. Willis was 32 when the film was shot, but seems older in it. McClane has a wife and two kids, a receding hairline — he’s unmistakably an adult. He looks burned-out even before he spends the night crawling through air ducts and getting knocked around by Alexander Godunov. This is only his third movie, and he’s already playing a guy who’s lived a life; one of the reasons Willis seems to have aged so well is that he’s never really played a young man,3 and we don’t really have a young Bruce to compare old Bruce to. He probably didn’t look anything like Joseph Gordon-Levitt when he was 22, but who knows?

The fact that stardom took as long as it did to arrive explains a lot. If you’d been a stage actor/bartender for most of your 20s before becoming the most recognizable face in America, you might also find yourself making an album of R&B covers, if someone gave you the chance. That was 1987’s The Return of Bruno, featuring Willis delivering heartfelt takes on the Drifters and the Coasters and the Staple Singers, with help from Booker T. Jones, the Temptations, and “Wendel,” described by Popular Mechanics as “a sophisticated digital-computer drum synthesizer” designed by a former Steely Dan engineer named John Vigran. Money quote from Vigran: “At first Bruce was inhibited, but by the end there was a marked improvement in his vocal performance. I almost wish we could have started the album over when we got near the end.” In Bret Easton Ellis’s American Psycho, Patrick Bateman calls it “my favorite compact disc.”

You might take millions of dollars to endorse Seagram’s Golden Wine Coolers and then party yourself right out of the deal. (Willis either quit or was fired in the late ’80s, after catching a DUI; he gave up booze thereafter, although he recently revealed to GQ that he’s gone back to wine.) You might get a little indiscriminate with your projects, as Willis did in the early ’90s. (The Bonfire of the Vanities was an honest mistake, and he’s actually not bad in it, but a man who doesn’t drink should know better than to say yes to Hudson Hawk.) It’s easy to forget that when Quentin Tarantino cast Willis as the boxer Butch Coolidge in Pulp Fiction, it represented a shot at redemption for Willis; he wasn’t a Travolta-grade reclamation project yet, but he needed the part.

“Get me Joe Hallenbeck,” Tarantino supposedly said to Willis’s agents during the casting process, making reference to the character Willis played in the one Willis movie nobody talks enough about. The Last Boy Scout, from 1991, was nominally directed by Tony Scott, who made Tarantino’s True Romance a few years later. Scott would later admit that he got bigfooted by Willis and Die Hard producer Joel Silver on the project, and that Shane Black’s screenplay4 was probably better than the finished film. Honestly, even if its story is ludicrous — Hallenbeck teams up with an ex-football star (Damon Wayans) and uncovers a plot to legalize sports gambling and/or assassinate a senator — Shane Black’s screenplay is better than most finished films. It’s a symphony of snappy comebacks pitched somewhere between Raymond Chandler, Camus, and Al Jaffee. (Someone asks Hallenbeck if he has any plans for the day; Hallenbeck replies, “I’m thinkin’ about smokin’ some cigarettes.”)

Joe Hallenbeck is a lint-trap Travis McGee. He’s a gambler, a crank, a self-loather who recites daily affirmations like “Nobody likes you. Everybody hates you. Smile, you fuck” into his rearview mirror. Also, he strongly dislikes African American vernacular pop music — although when somebody asks him what he’d rather hear than Prince’s “Gett Off,” he suggests Pat Boone and the Four Freshmen, dickishly, so maybe music in general isn’t his thing. The movie did well, but not that well, and it’s usually listed alongside Hudson Hawk and Bonfire as part of Willis’s early-’90s cold streak. But given what we now know about where the Die Hard franchise went, I kinda wish there’d been five more Joe Hallenbeck movies where this one came from.

The arc isn’t really an arc. It’s a spiral. Willis goes off, tries something different — playing his then-wife Demi Moore’s bastard husband in Mortal Thoughts, or Paul Newman’s romantic rival in Nobody’s Fool, or the Joe Schmoe superhero in M. Night Shyamalan’s absurdly underrated Unbreakable — and meets with thunderous audience indifference, and then he punches back in, often as John McClane, or some character who’s so McClane-like the distinction barely matters. He remains frustratingly capable of great work in odd contexts. I’m partial beyond all reason to Walter Hill’s Last Man Standing, an indulgently stylized 1996 take on the Red Harvest/Yojimbo/Fistful of Dollars lone-man myth, narrated in a menacing note-to-self whisper by Willis, who also kills people while naked after having sex with Leslie Mann. And he’s great in 2006’s 16 Blocks, as a jowly, rheumy-eyed New York cop who doesn’t stand up straight except when he’s walking into a liquor store; the movie works as a darkest-timeline follow-up to Die Hard, as if John McClane had gone back to work with shot nerves and a head full of Nakatomi nightmares.

But for every great performance there’s one in which Willis’s characteristic restraint comes across as dour and stingy, where he seems unable to spare the energy to curl that ever-lengthening fjord of an upper lip — all symptoms of early-stage Harrison Ford Syndrome. You can see Willis’s ambitions contracting the same way Ford’s did. In Die Hard he seemed like a character actor who happened to be buff (but, crucially, not too buff) and handy with a firearm. He could have an old-man career like Clint Eastwood’s, potentially — but the upcoming projects listed on his IMDb page don’t read like the slate of a man searching for his Unforgiven. Willis (star of The Whole Ten Yards, don’t forget) has never been able to resist a franchise, or a picture that might lead to one. We’ll see him soon in Red 2 — his 73rd film! — and the G.I. Joe sequel and Sin City: A Dame to Kill For, plus maybe the video-game adaptation Kane & Lynch. And even though A Good Day to Die Hard will probably end up being the worst-reviewed film in the series, Willis has been talking up a sixth installment anyway. At this point he’ll be keeping the seat warm for whichever young actor ends up playing McClane in the inevitable reboot; it can’t come quickly enough.